The Samsung Galaxy Tab A8 2021 tablet’s user manual and pricing details have popped up on the internet ahead of an official announcement. The Galaxy Tab A8 tablet’s launch is right around the corner. In the meantime, the device has been making appearances online in the form of leaks. Moreover, earlier reports have divulged alleged key details about the upcoming tablet’s specifications, arrival, and even the price tag it could be carrying at launch.

Furthermore, the upcoming tablet has already passed through the FCC and the Wi-Fi Alliance certification websites. As expected, these listings have shed more light on what we can expect from the tablet as far as specs are concerned. As if that weren’t enough, the full specs sheet of the Samsung Galaxy Tab A8 2021 tablet surfaced online last week. Aside from that, the rumor mill has been churning out speculations surrounding the device’s price. Now, a new leak has revealed the different variants of the tablet and their European prices.

Much to the delight of those restlessly waiting to get their hands on the new Samsung tablet, Appuals has managed to acquire the Samsung Galaxy A8 2021 tablet’s user manual. Furthermore, the publication has also managed to get the details about the tablet’s European prices. To recall, the original Samsung Galaxy Tab A8 was launched back in September 2020. The Galaxy Tab A series tablets comprise entry-level tablets that are designed for reading and browsing web content. 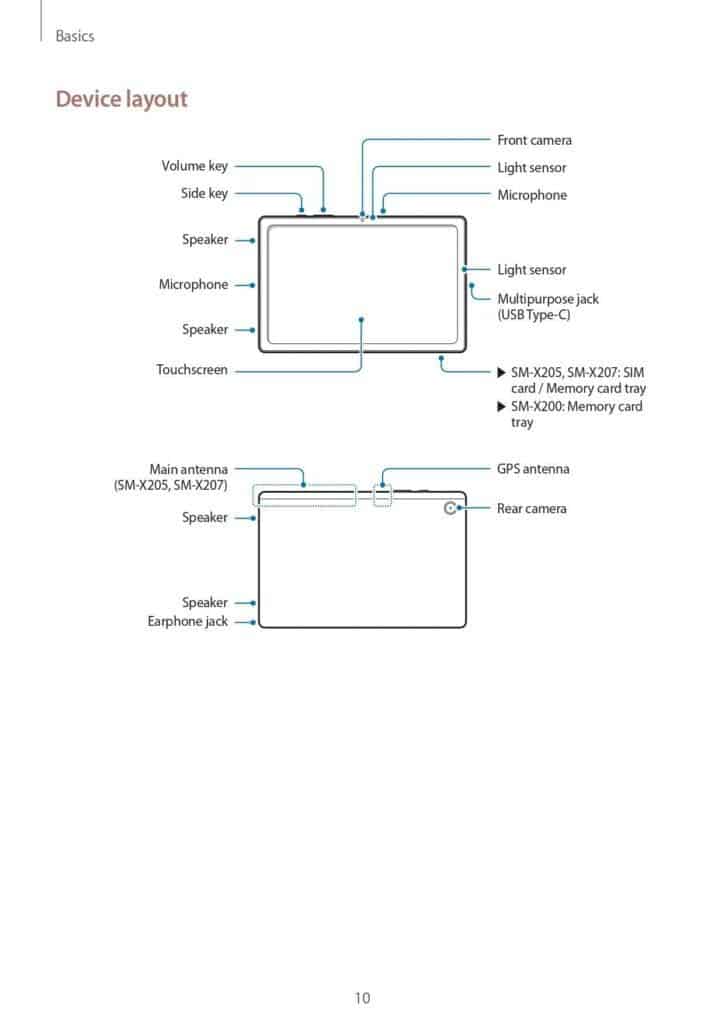 The recently leaked Samsung Galaxy A8 2021 tablet’s user manual suggests that the device will have a quad speakers setup. Two of these speakers can be seen at the bottom, and two at the top..The right edge houses the volume and power buttons. In addition to that, the right side accommodates a microphone, a light sensor, and the front shooter. The bottom side features a USB Type-C port that comes in handy for charging. Moreover, there’s a 3.5mm audio jack for listening to music. Further, the microSD card slot is available on the left, while the rear side has a single camera, the main antenna, and the GPS antenna.

The hotly-anticipated Samsung Galaxy Tab A8 will sport a 10.5-inch Liquid Crystal display, according to a report by WinFuture. The German publication claims that the display will deliver a resolution of 1920 x 1200 pixels. Under the hood, the tablet will pack a UNISOC T618 octa-core processor along with an ARM Mali-G52 MP2 GPU. In terms of photography, the device will reportedly sport an 8MP camera without flash. There’s also a 5MP front shooter for video calling. 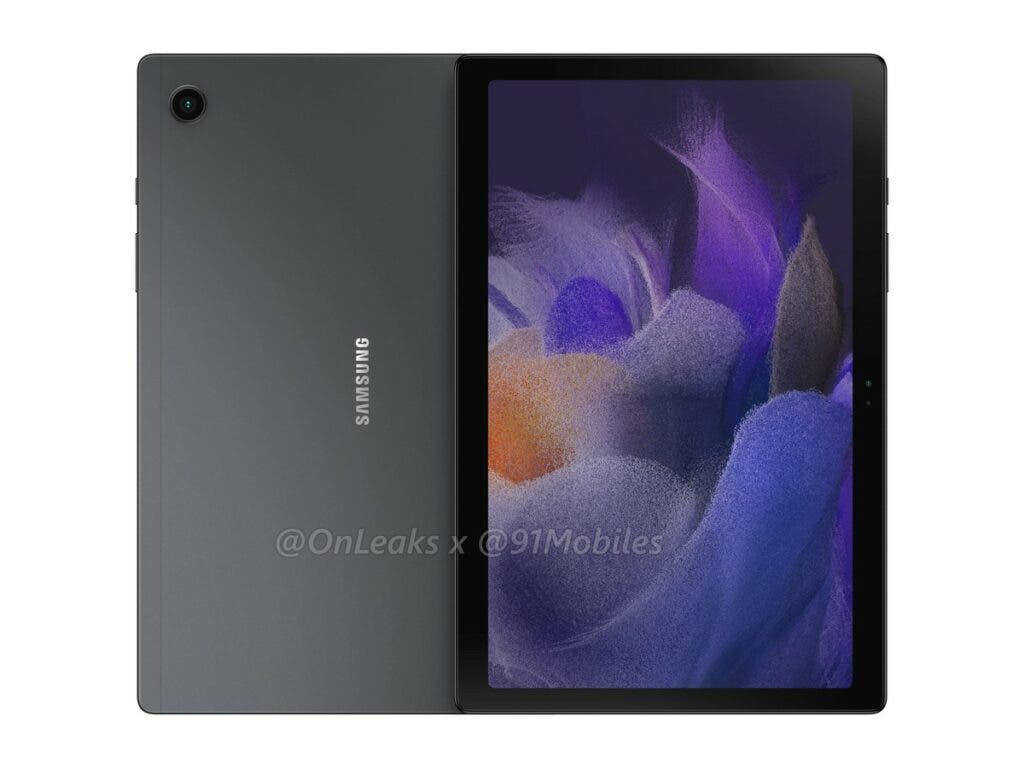 Furthermore, the tablet houses a robust 7040mAh battery that supports 15W fast charging. The phone charges via a USB-Type C port. Moreover, you can choose between silver, pink and gray color options. The Galaxy Tab A8 2021 could be available in Wi-Fi only and Wi-Fi + LTE variants. The Wi-Fi-only model will ship with 128GB, 64GB, and 32GB onboard storage capacity, and retail for 360 euros, 270 euros, and 270 euros respectively.

The Galaxy Tab A8 2021 Wi-F + LTE version with 32GB and 28GB storage options will set you back 320 euros and 410 euros, respectively. The South Korean tech giant has neither confirmed nor denied these speculations.