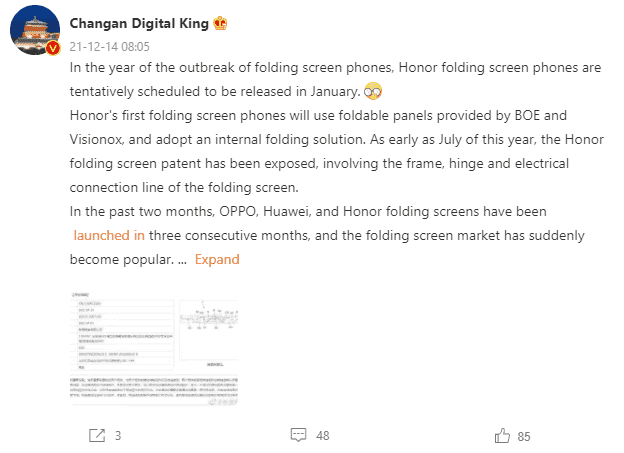 According to previous reports, Honor recently applied for the names of two new models in Europe, namely: “Magic Fold” and “Magic Wing”. These two new models may correspond to the top and bottom folding models and the left and right folding models respectively. There is also news that the codename of the new machine that folds the Honor left and right is “Magic X”, and its shape may be similar to the Huawei Mate X2.

It appears that Honor has multiple foldable smartphones in the works. However, we do not expect to see its first foldable smartphone until next year. However, a recent render shows the design of the Honor Magic Fold, a “left and right folding model”. The well-known network informant @RODENT950, who has repeatedly been accurate in his predictions about future Huawei / Honor products, has posted a render of the smartphone. Nobody really thought about the design of the smartphone. It was decided to carry it out in the same style as the Honor 50 and Honor 60. The necessary similarity was achieved due to the design of the main camera of the Honor Magic Fold, which received three image sensors. 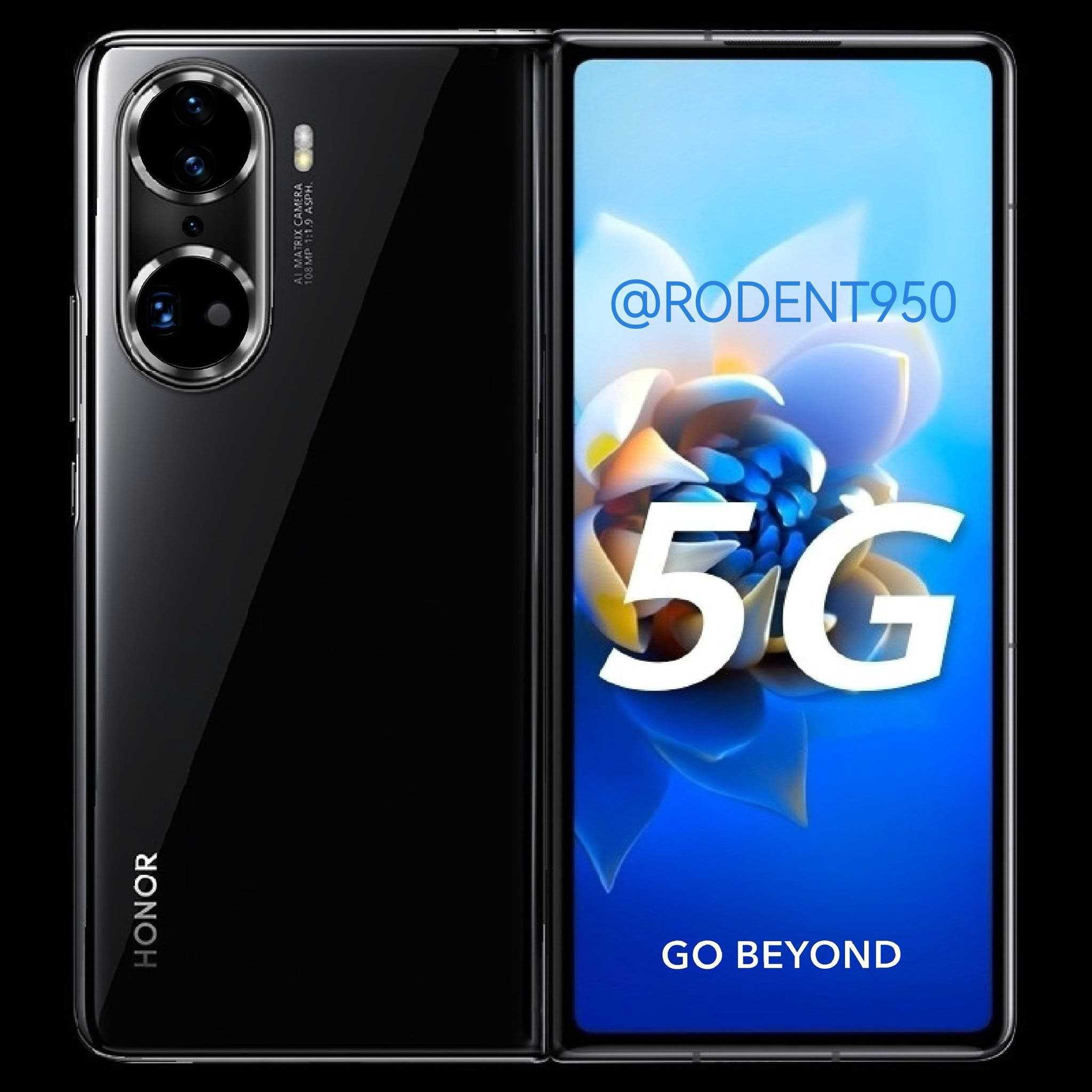 All in all, it will be a Galaxy Fold 3 style smartphone with an additional screen on the outside. It is noteworthy that the front camera does not appear on the render. Perhaps the company chose to place it under the display or even expunge it. Whether the Honor Magic Fold will really look like this remains to be seen.