Sony is giving out a FREE online multiplayer player weekend for Sony PS4 and Sony PS5 users. According to the company, between December 18th, 12:01 am to December 19th, 11:59 pm, users can access their favorite online multiplayer games even without a PlayStation Plus membership. However, players will require an internet connection as well as an account for PlayStation Network. It is important to note that only the online multiplayer is free and not all Plus membership privileges. Other privileges like cloud storage will not be free the “free weekend”. Furthermore, the announcement poster clearly shows that the company will sell the games separately. 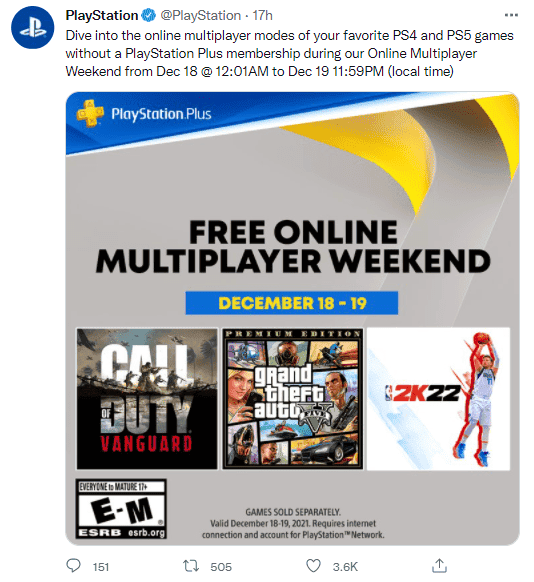 With PlayStation Plus membership, users can get exclusive selected games, additional content, pre-ordered content, and other content from the PlayStation Store at the lowest price. In general, the current PS membership ratings are not ideal. The 50% discount for new users some time ago made many old players feel cheated. In fact, many are not also happy with the free games. Instead, Plus members are canvassing for more “good games” to be added. 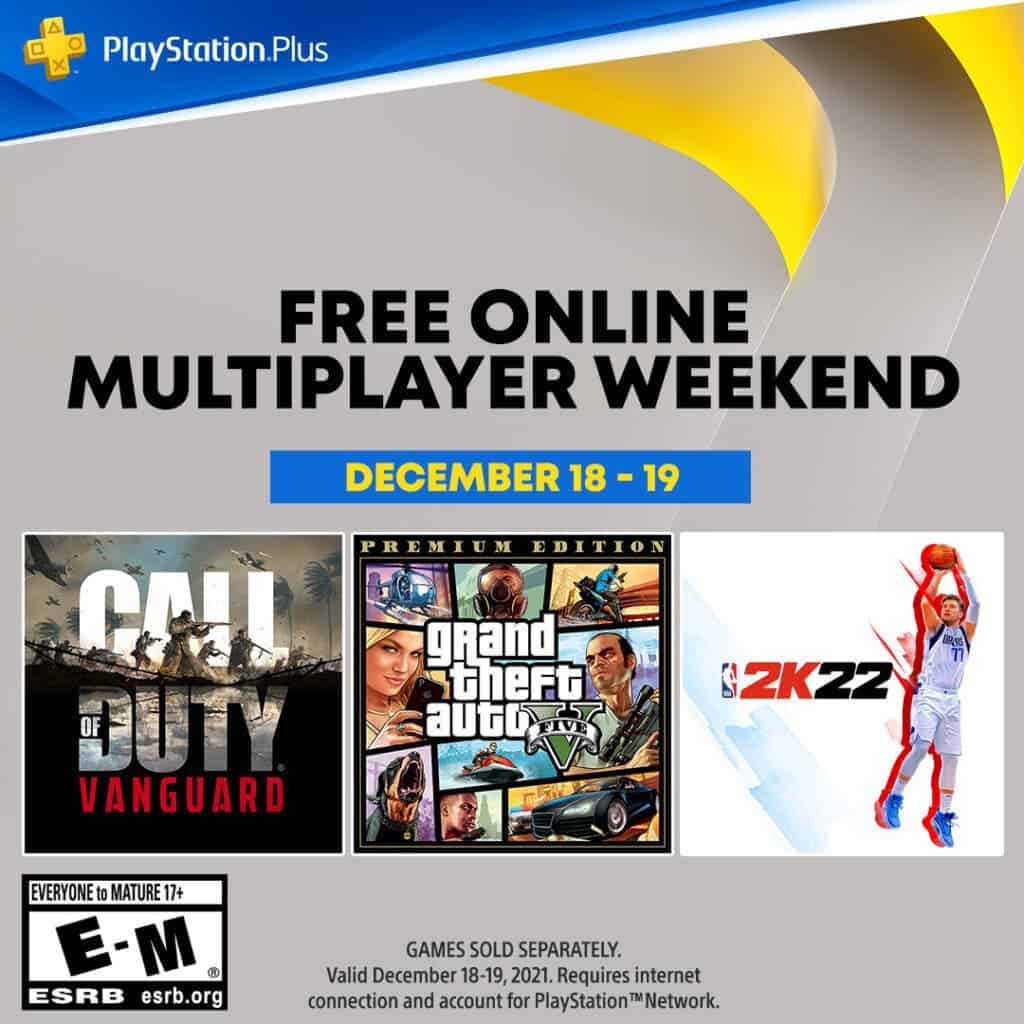 Although the PlayStation 4 is Sony’s previous generation console, many people still have an interest in this console. Now a hacker has discovered a new vulnerability in the host. The hacker claims that this vulnerability can jailbreak all PS4 hosts with firmware version 9.0 and below.

Read Also:  Sony PlayStation stand-alone games will wait at least a year to port to PC

Znullptr also claims that kernel vulnerabilities even exist in some firmware versions of PlayStation 5, However, no specific cracking method is available so far. The team does not recommend using this vulnerability to crack PS5 now.

Since the Sony PS4 version 9.03 firmware hit the public on December 1, it means that users who do not have the update can activate the jailbreak. It is not an easy task to crack a gaming console. Furthermore, the Sony PS4 has a long history of avoiding jailbreaks. As of now, there is no official comment from Sony regarding this new jailbreak claim. However, the company will probably fix this vulnerability as soon as possible.

Next Honor foldable smartphone will arrive in January 2022