WhatsApp is rolling out a new feature to its users. This makes it impossible for strangers to see when you were last online.

The privacy in WhatsApp is increased a bit. The communication platform will hide your online status from strangers. For that adjustment, WhatsApp changes the messenger’s default settings. Previously, it was set by default that every WhatsApp user could see when you last appeared online. In the future, these settings will be set so that only your contacts can see when you are logged in.

People who can no longer see your status are WhatsApp users who don’t have your number in their contact list or who you’ve never chat with. You can tighten the settings yourself so that no one can view your status.

The subtle change comes mainly to protect users from commercial interests. WABetaInfo has discovered that third-party applications regularly abuse the online status of WhatsApp users. By adjusting the default settings, third-party apps can no longer perform these practices.

In addition to the just announced adjustment in the standard settings, it is also possible to increase your privacy yourself. For example, it has recently become possible to have messages automatically deleted by the app after a predetermined time.

Furthermore, even more things in the app can be encrypted. It is gradually becoming possible for everyone to encrypt the chat backup of WhatsApp. Due to the encryption, fewer companies have access to the backup.

It is worth mentioning that Meta inc is constantly updating its Whatsapp messenger with new features. And soon, we will for sure get new features. 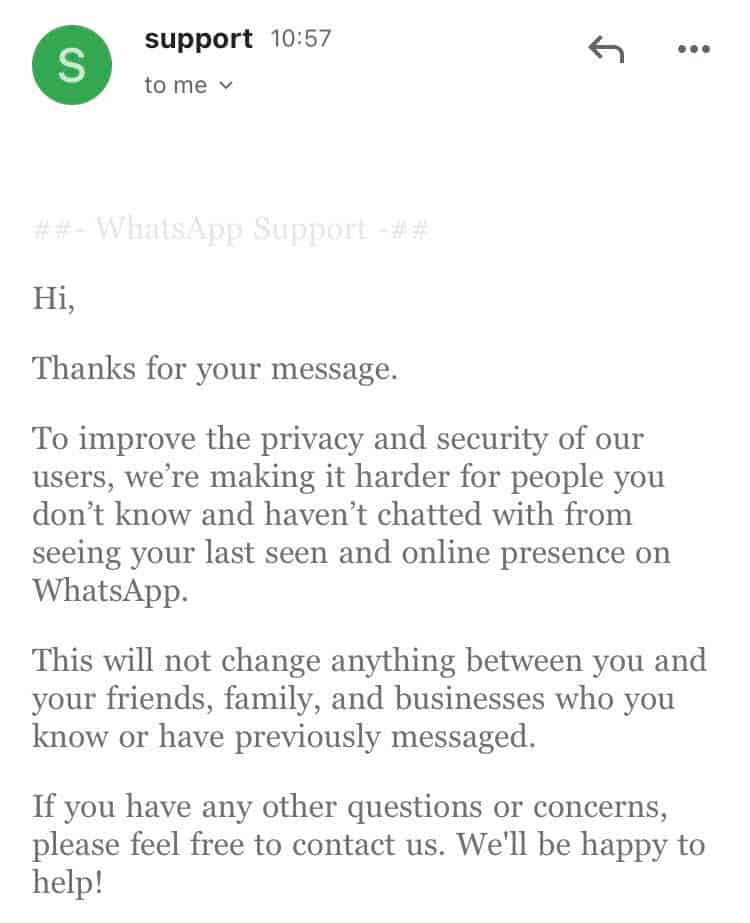 In WhatsApp, it will be possible to send and receive funds in cryptocurrency

In WhatsApp, it will be possible to send and receive funds in cryptocurrency without commissions and restrictions.

According to the source, a limited number of US users have gained access to a new feature that allows you to send and receive funds in cryptocurrency directly from the chat of the messenger.

The function uses Novi – the Meta (Facebook) cryptocurrency wallet, which we saw in pilot mode a month and a half ago. In this case, the USDP stablecoin is in use for the exchange.

The new feature is available to both Android and iOS users. There is no commission for such foreign exchange transactions. There is also no limit on the number of transactions themselves.