Samsung has refreshed its affordable Galaxy Tab A tablet series with the release of the Galaxy Tab A8 10.5 (2021) edition. The new tablet features a larger screen, improved performance, and extra multi-tasking features. It focuses on those working or studying from home and can run modest tasks without any hassle. However, it’s a mid-range product, so don’t expect it to run demanding games.

The Samsung Galaxy Tab A8 adds 0.1-inch in its display size in comparison to the older model. It brings 10.5-inch LCD screen with a 1,920 x 1,200 pixels resolution. It has a 16:10 aspect ratio which is already conventional for tablets. Anyway, it’s also an improvement over the A7 that has just a 15:9 aspect ratio. There are four Dolby Atmos speakers ensuring an immersive audio experience.

The new Samsung Galaxy Tab A8 slate comes with entertainment built-in. It comes with Samsung TV Plus offering to a stream of 200+ free channels (live and on-demand, available in select markets). Moreover, you can get 2 months of YouTube Premium for free. It can also be a work tablet, so Samsung has brought some features to enhance your productivity. It is split-screen with support for floating windows. Moreover, there is a Drag and Split feature from One UI 3.1.1. This feature has arrived with the super-premium Galaxy Z Fold and Z Flip3 earlier this year. Now, it is making its way to the affordable tablet. This also means that the device lacks Android 12, but that may eventually come with One UI 4 in the next year. 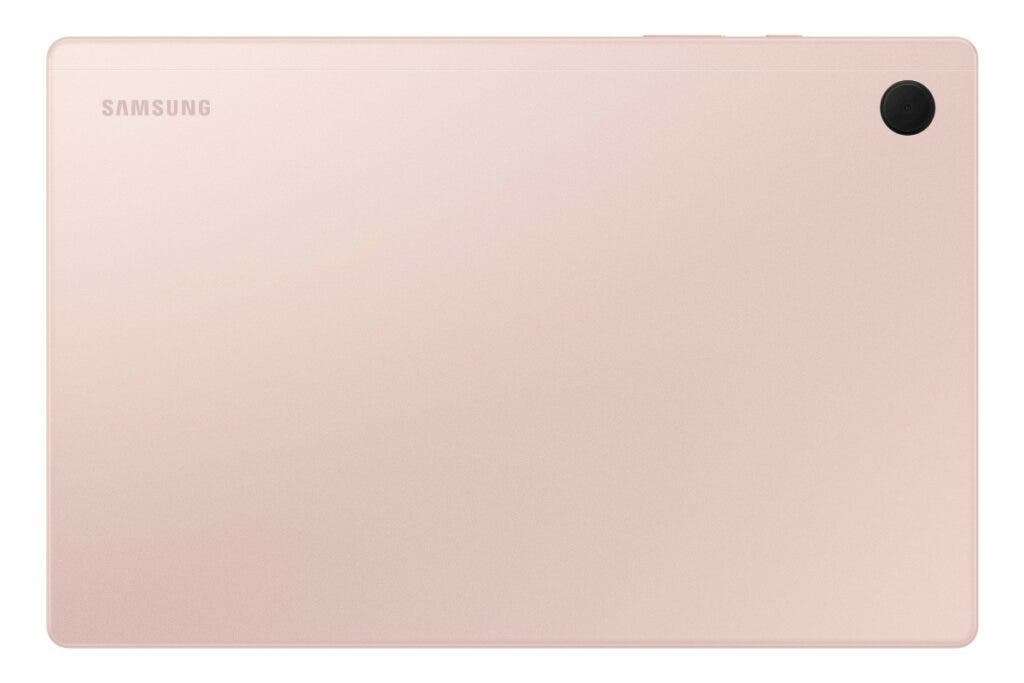 Samsung is just another company grabbing a Unisoc chipset for its mid-tablet. The device gets the Unisoc Tiger 618 which brings two ARM Cortex-A75 cores and six Cortex-A55 cores and a Mali G52 MP2 GPU. As a result, it leaves the Qualcomm Snapdragon 662 SoC behind on the Galaxy Tab A7. There is also a new memory configuration with 4 GB of RAM and 128 GB of Internal Storage. Of course, the budget variant with 4 GB of RAM and 64 GB storage is also here. The device gets a micro SD card slot, so you can expand the storage of the budget version.

There is a 5 MP front-facing camera for selfies and video calls. There is even an 8 MP main camera with support for autofocus. The purpose of this product is not to take pictures, but thankfully, even if you want to do so, the performance won’t disappoint.

As usual, there is a version with just Wi-Fi and another one with LTE if you need connectivity on the go. Both have Wi-Fi 5 (ac) and Bluetooth 5. The Wired Connectivity includes a 3.5 mm headphone jack and a USB C 2.0 port. There isn’t DeX support as this remains a Galaxy Flagship feature. Under the hood, the device brings a 7,040 mAh battery with just 15 W charging. To make things worse, Samsung only offers a 7.5 W charger. 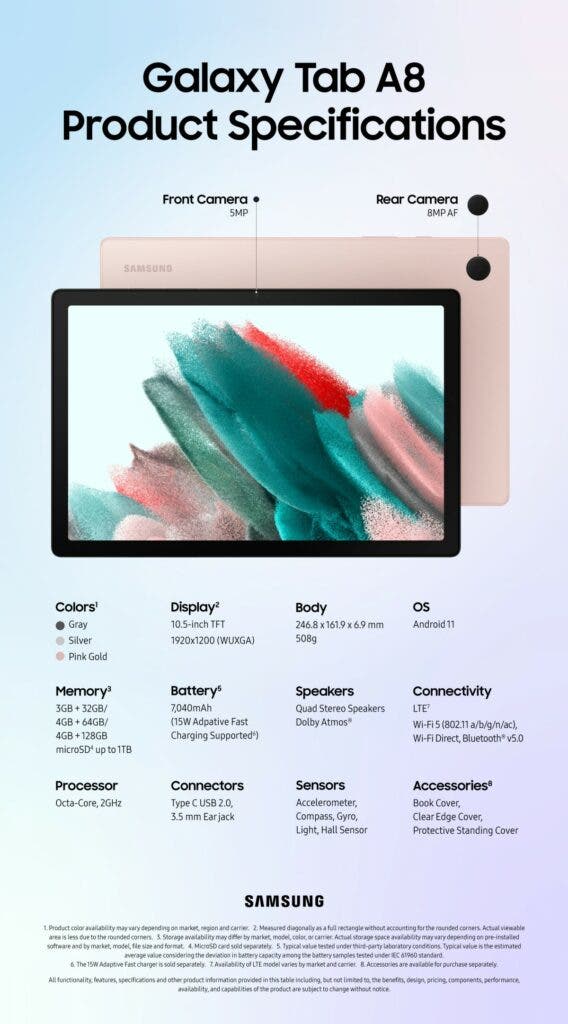 The new slate will be available in Europe later this month. According to Samsung’s branch in The Netherlands, the tablet will cost €230. Other regions and the US will get it in January. The tablet comes in Gray, Silver, and Pink Gold Color.