Vivo is on a roll for the last month of 2021. The company is expected to launch its new Vivo S12 series in China alongside its second-generation Vivo Watch 2 on December 22. A few days before, its sub-brand iQOO will launch the new iQOO Neo 5s for the “flagship-killer” segment with Snapdragon 888. Meanwhile, there are imminent reports pointing to the release of the Vivo V23 series. The Vivo V23 Pro has been appearing frequently across the rumor mill and even ran a Geekbench test with the Dimensity 1200 SoC. The device is also tipped to come with a 64 MP camera sensor and a powerful selfie snapper. Now, the phone’s color-changing glass back has been leaked.

We need to say that this changeable glass certainly will arrive as one of the device’s highlights. After all, Vivo V-series is clearly focused on style and camera. Therefore, the company is doing some serious work to make this device one of the most stylish in the market. The glass back will have what we can call a “CD effect”.

According to a report from 91Mobiles, the Vivo V23 Pro will come with a Changeable Fluorite Glass design. It will be a color-changing glass, which when exposed to sunlight will change the color of the rear panel. Reportedly, the UV Light allows the rear glass to have a reaction that will make the panel switch colors. It’s a promising design, but if we’re talking about the “CD effect” Xiaomi already did something similar in the days of Mi 9. Of course, time will tell if we’re really seeing a reflective design or something that magically changes with the light. 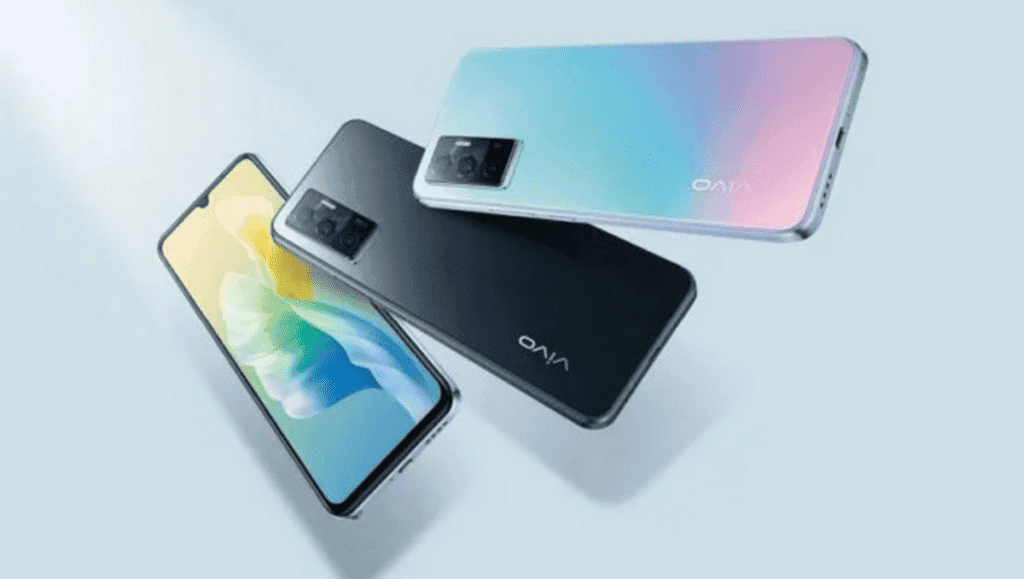 Vivo V23 Pro will join the V23e next month

Not all specs of this device are known, but as previously mentioned the device runs with MediaTek Dimensity 1200 SoC. It has been present in a huge myriad of smartphones this year and is a truly capable chip with a 3 GHz clock speed and a 6 nm fabrication process. In addition to the SoC, we’ll have at least one variant with 8 GB of RAM and the device will run Android 12 OS. Since it will be launched in the global market we assume that there will be a coat of Funtouch OS 12 running above.

As per the rumors, the Vivo V23 Pro will launch on January 4 in select markets. Of course, it will launch in India as it’s one of the key markets for the V-series. Besides the Pro, we can also expect a vanilla smartphone. Worth noting that there is a Vivo V23e already.

For comparison, the Vivo V23e boats a 6.44-inch waterdrop notch display with Full HD+ resolution. It brings a triple-camera array with a 50 MP main camera, 8 MP ultrawide, and a 2 MP depth sensor. The selfies are ensured by a truly-capable 44 MP snapper. Under the hood, the device has a Dimensity 810 SoC with a 4,050 mAh battery. It runs Android 11 OS.