Apple didn’t have a smooth sail with its 2021 operating system upgrades. The iOS / iPadOS 15 versions came carried with bugs in their first builds. Moreover, some of the features that were announced back at the WWDC 2021 didn’t arrive for a stable release. The iOS 15 version was problematic and the company had to run to roll out incremental updates to fix the annoying bugs and show-stopping issues. Back the last Monday, the company rolled out iOS 15.2 with more upgrades over the initial build. Now, the company is pushing iOS 15.3 to the public testers.

According to the first reports, the iOS 15.3 build reaching testers odes not bring visual changes or, in other words, visible new features. The update focuses on fixing more bugs from the previous builds and also on improving the overalçl performance of devices. Whether you have the developer or public beta profile installed, you will be able to get your hands on iOS 15.3 beta 1. However, we recommend users not install beta versions if they need the device fully working daily. 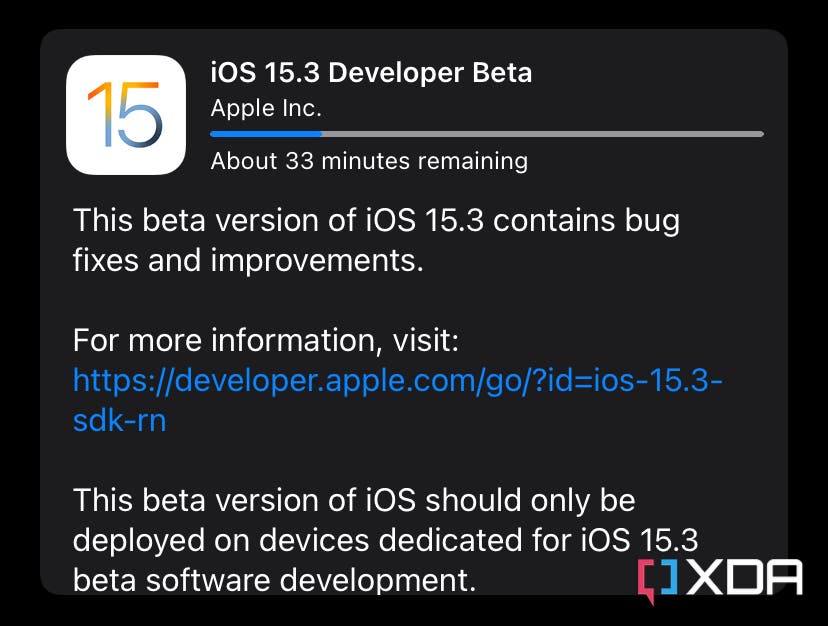 Recently, the buggy iOS 15 updates proved that these beta builds can easily break iPhones completely. So, it may not be a good idea to flash the beta if you’re an inexperienced user. Worth noting that Apple is limiting this update. So it’s not like a common user will be able to flash this update. Last but not least, the update does not seem to be a good deal for those who just want new features. It does not bring any of the missing iOS 15 features. It focuses on fixing bugs and improving performance.

Read Also:  How much Apple CEO Tim Cook earned in 2021

watchOS 8.4 beta is also rolling out

Back the last Friday, Apple has seeded the first beta of watchOS 8.4 to developers. However, it’s not available for beta testing. The update also seems to focus only on patching glitches. The company will keep major changes for future betas.

As far as iOS 15 is concerned, we should expect the bigger features to reach under iOS 15.4 or even 15.5 if it ever exists. There are some promised features like Universal Control to macOS and iPadOS that are yet to be released for the respective devices. As per the company, these updates will arrive till Spring 2022.

Apple is having a messy development with its latest updates. It has something to do with the remote work and limited in-person interactions between the software engineers. The company planned to bring back its employees to the office, but it ended up postponing this move as well.