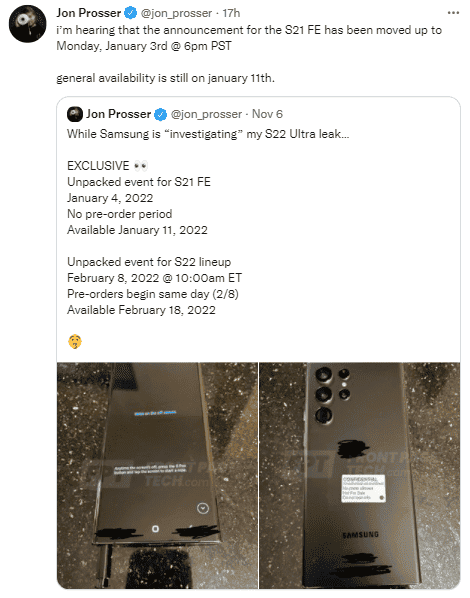 The Samsung Galaxy S21 FE smartphone will sport a 6.4-inch Dynamic AMOLED display that delivers a refresh rate of 120Hz, according to a report by SamMobile. Furthermore, the phone will offer an FHD+ resolution. It will have a punch-hole cutout in the center for the selfie camera. In terms of optics, the smartphone will reportedly feature a 32MP front shooter for capturing selfies and video calling. The rear panel will house three cameras. These include a 12MP main camera with f/1.8 aperture, a 12MP ultra-wide-angle camera with f/2.2 aperture, and an 8MP telemacro camera that supports 3x optical zoom. 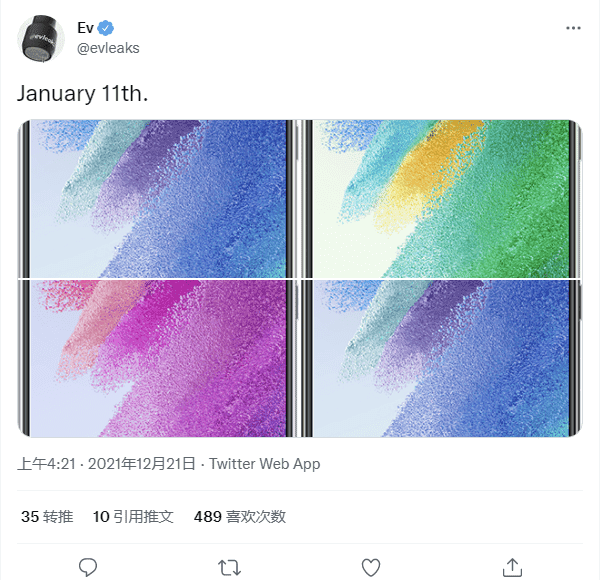 Furthermore, the phone will reportedly pack an octa-core Qualcomm Snapdragon 888 processor under the hood. It will ship with 6GB RAM and 8GB RAM, and offer 128GB and 256GB onboard storage capacity. On the downside, the phone will not support memory expansion. In other words, users will have to rely on cloud storage options. Samsung will be launching the Galaxy S21 FE with the Exynos 2100 chip in multiple regions. In the software department, the device will be running Android 12 out of the box.

According to Samsung’s update policies, there is a possibility that the Galaxy S21 FE could be upgradable up to Android 15 OS. Earlier this week, a report suggested that the phone could run Android 12 OS with One UI 4.0 on top. The report from SamMobile suggests that the Galaxy S21 FE will be drawing its juices from a 4,370mAh battery that supports 25W fast wired charging and 15W wireless fast charging.

A myriad of the Galaxy S21 FE renders has been making the rounds online lately. The leaked renders suggest that the phone will be available in White, Black, Violet, and Green color options. Past leaks have also shed more light on the Samsung Galaxy S21 FE 5G price. The smartphone will reportedly retail for EUR 920 (INR 77,000) for its 8GB RAM+128GB storage variant. Likewise, the 8GB RAM+ 256GB storage model will set you back EUR 985, which converts roughly to about INR 83,000.

Previous Instagram is considering adopting NFTs as part of the metaverse

Next Tesla electric cars get support from TikTok: for now you can only watch