A piece of fresh information suggests that the Samsung Galaxy S21 FE smartphone will be Android 12 with One UI 4.0 on top. Samsung’s attempt to keep vital information about its impending handset has been fruitless so far. The upcoming smartphone from the South Korean tech company has been subject to several leaks lately. Moreover, the rumor mill has been churning out all sorts of speculations surrounding the Galaxy S21 FE smartphone’s key specs, design, and more.

The Samsung Galaxy S21 FE was previously tipped to launch in 2021. However, Samsung pushed the handset’s launch date back to early next year. Despite the lack of an official confirmation, it is safe to assume that the Galaxy S21 FE will actually launch soon. Moreover, there’s no dearth of evidence that hints at the phone’s imminent launch. Now, a report by SamMobile has shed light on the upcoming phone’s firmware ahead of launch.

According to a report from SamMobile, the Samsung Galaxy S21 FE smartphone will run the latest operating system from Google, Android 12. Furthermore, the report claims that Samsung will be offering its latest iteration of custom skin, the One UI 4.0, on the Galaxy S21 FE. In September, the South Korean company rolled out the public beta of the One UI 4 update, which was based on Android 12. Moreover, the aforesaid public beta included new privacy settings, color pallets, and themes. 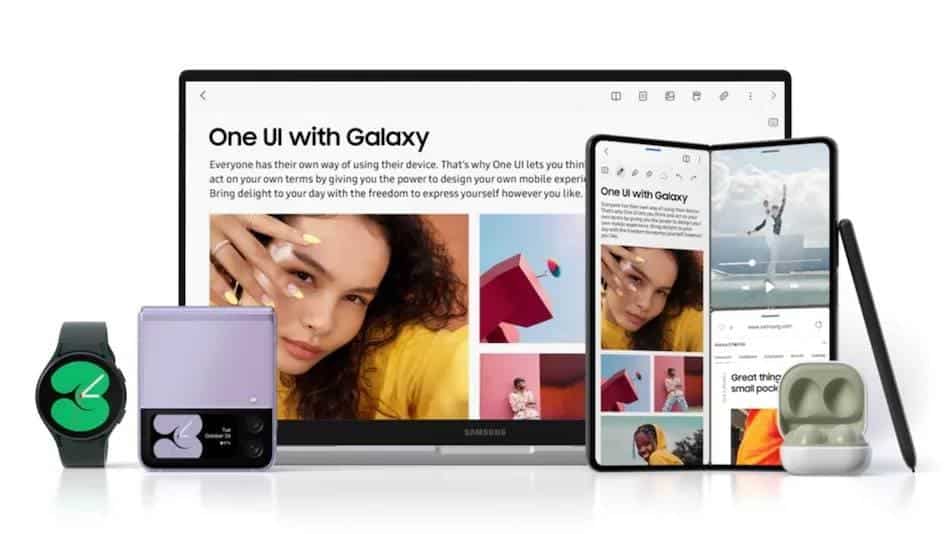 The new Android skin made its debut on the Galaxy S21 series smartphones. These include the Galaxy S21 Ultra, Galaxy S21+, and the Galaxy S21 smartphone. This month, Samsung is rolling it out to a considerable number of phones in India. The stable update boasts an impressive array of customization options. Aside from that, it offers new widgets along with newly added emoji features, stickers, and GIFs on the keyboard. Furthermore, the new privacy features comprise alerts every time an application tries to access the phone’s microphone or camera.

As mentioned, the Galaxy S21 FE has been subject to multiple leaks lately. The word on the street is that the phone will pack the Exynos 2100 and the Snapdragon 888 SoC based on the region of launch. Samsung is likely to bring the Exynos 2100-powered variant into the Indian market. Earlier this month, a retail website shared Samsung Galaxy S21 FE official cases, giving us a glimpse of the phone’s design. In terms of specifications, the phone is likely to sport a 6.4-inch AMOLED display that offers a full-HD+ (1,080×2,340 pixels) resolution.

Aside from that, the screen will probably deliver a refresh rate of 120Hz. Moreover, some reports suggest that it will ship with 12GB of RAM and offer 256GB of onboard storage capacity. For optics, the upcoming smartphone will reportedly house a triple rear camera setup featuring a 64MP main camera. Upfront, it could come with a 32 shooter for capturing selfies and video calling.