Earlier this month, a media report claimed the Vivo V23 5G will launch in India in December. However, we’re walking to the end of December and that didn’t happen. More recently, a rumor started that the company will introduce the Vivo V23 Pro in India on January 4, 2022. While we expect official information, a new report from GSMArena claims that the company will indeed launch its Vivo V23 series in India next month.

The short clip shows us a Sunshine Gold-colored smartphone with a curved screen and three cameras on the back, and towards the end, we see two phones. One comes in gray color and the other in gold. The former also has a curved screen, with a wide notch solution to house the two cameras. The latter has a triple camera system headlined by a 64 MP camera. Both smartphones will have 5G connectivity, which means 5G chips will be under the hood. 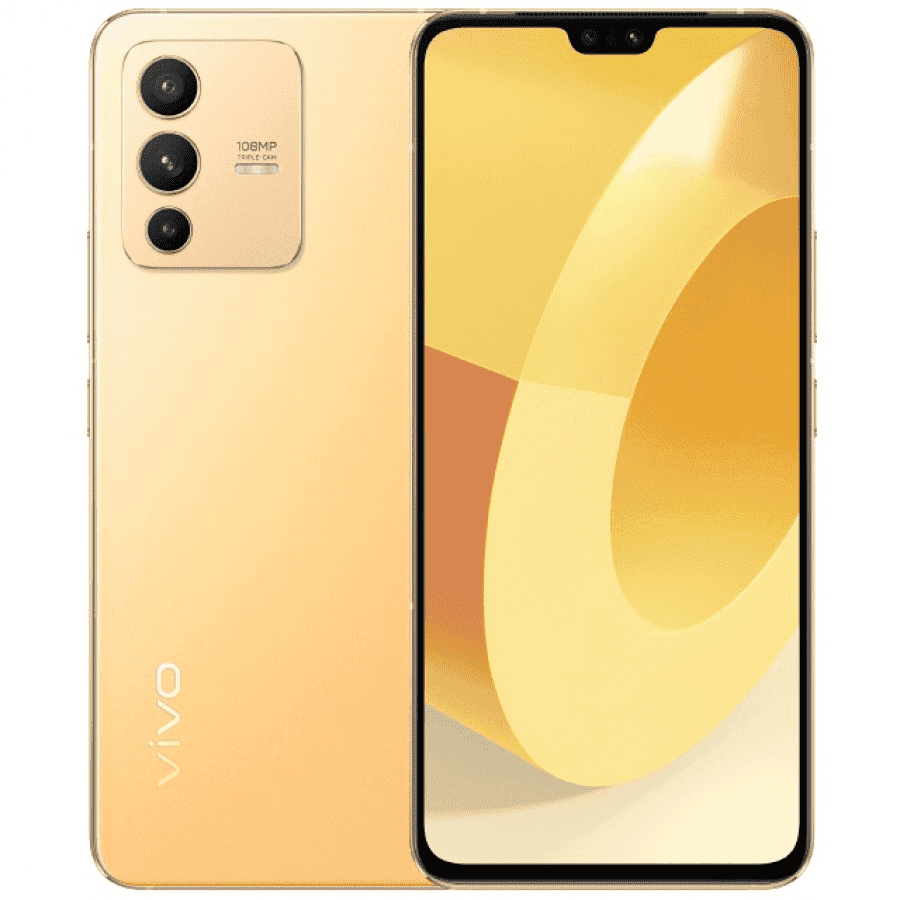 Curiously, you’ll see some similarities with the Vivo S12 Pro. The V23 Pro was initially expected to arrive as a global version of the S-series device. However, it seems that the V23 Pro won’t be a 1:1 copy of the S12 Pro. It has a similar design and a 50 MP dual selfie camera, but it has some differences as the latter comes with a 108 MP primary unit. The Vivo V23 Pro is also touted to come as “India’s slimmest 3D curved display smartphone at 7.36mm” at launch. We expect more details to emerge pretty soon.

The V23 Pro will focus on selfie camera performance, style, and design. The device’s back is also coming with a “fluorite back with changeable colors”. It will change its color when under sunlight or UV light. Other key specs probably include Android 12 with Funtouch OS 12 and 44W fast-charging.