The much-awaited Enco Air successor dubbed the Oppo Enco Air2 TWS earbuds’ India launch might be right around the corner. The Chinese consumer electronics giant has been on a launch spree. The company has already brought several premium and budget truly wireless earbuds into the Indian market. Now, noted leaker Mukul Sharma has confirmed to 91mobiles that Oppo will be launching its Enco Air2 TWS earbuds in India in Q1 of 2022. Regrettably, the tipster did not confirm the exact launch date. 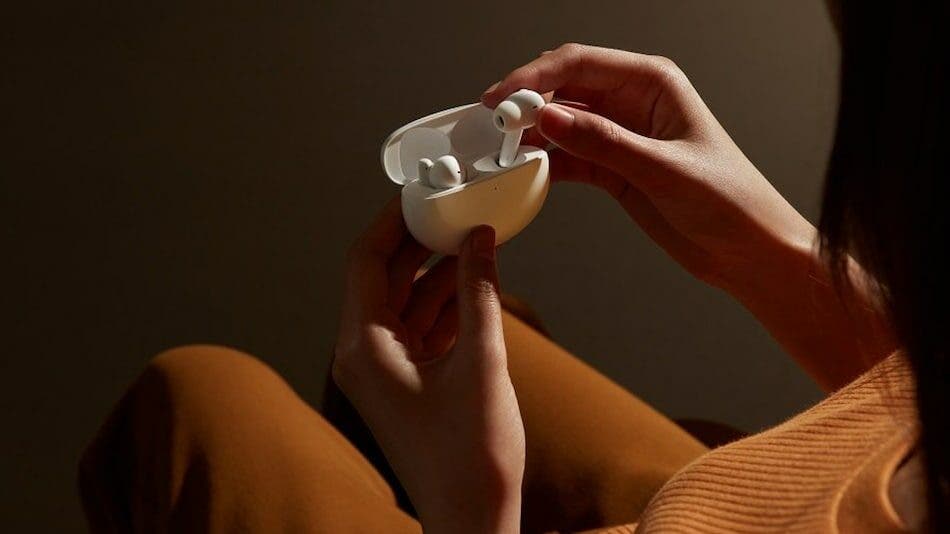 Moreover, the company is still mum on its plan to launch the Enco Air2 early next year. Nevertheless, we can expect the upcoming TWS earbuds to boast major upgrades over their predecessor. To recall, Oppo did not make the vanilla Buds Air available in the Indian market. However, the TWS went official in the company’s home country of China earlier this year. The vanilla Buds Air retails for CNY 249 (about INR 3,000) in China. According to a report by MySmartPrice, the Enco Air2 could carry a similar price tag in India at launch. However, the pricing might be slightly higher considering that it will offer some notable upgrades.

The original Oppo Enco Air adopts a stem design. The tall stem of the TWS earbuds houses the battery, as well as sensors. Each earbud features a titanium-plated diaphragm moving coil and packs a 12mm dynamic driver. However, the hardware inside does not make the earbuds heavy. They still weigh in at about 3.75 grams. Furthermore, each earbud is capable of delivering up to 4 hours of battery life on a single charge. The device draws its juices from a robust 25mAh battery. Enco Air reportedly offers a battery life of up to 24 hours on a single charge with the charging case. Aside from that, the earbuds offer up to 8 hours’ worth of juice with less than 10 minutes of charging.

On top of that, each earbud features two microphones for seamless voice calling while suppressing the ambient noise. Moreover, the earbuds carry an IPX4 rating for accidental splash resistance. Also, they support low-latency gaming mode to deliver a superior gaming experience.