Vivo seems to be gearing up to update its Vivo Y-series with many new low-end smartphones. The company is expected to launch an new smartphone dubbed Vivo Y21T in India during the next week. This device had most of its key specs revealed today by an Indian tipster. Meanwhile, another Vivo smartphone with model number V2168A has passed through the Chinese TENAA certification. This device is believed to carry the Vivo Y10 T1 moniker and had its specs and images revealed by the regulatory authority. According to the listing, the Vivo Y10 T10 will pack a large display with 6 GB of RAM and a dual-camera setup. Interestingly, the specs match another device with the V2140A model number that passed by 3C and TENAA recently. Both could be regional versions of the same handset.

According to the TENAA listing, the Vivo V2168A or Vivo Y10 T1 will come with a 6.51-inch IPS LCD screen. The panel offers a standard HD+ resolution with 1,600 x 720 pixels of resolution. There’s also a waterdrop notch at the top for the selfie camera. Under the hood, the device will carry an Octa-Core processor with a 2.1 GHz. Up to the moment, it’s not possible to guess which chipset will be behind this handset. But we assume it’s a budget 4G smartphone. Moreover, it will come with 4 GB or 6 GB of RAM with 128 GB or 256 GB of Internal Storage. On the software front, we don’t have high hopes and the device may still come with Android 11.

In terms of optics, the device will pack a dual-camera setup. The camera module will include a 13 MP primary camera snapper and a 2 MP secondary camera. For the selfie department, the device will be handled by an 8 MP snapper. As per the TENAA certification, the upcoming Vivo handset will pack a 4,910 mAh battery. In terms of dimensions, the handset will measure 163.96 x 75.2 x 8.28 mm and weigh 171 grams. 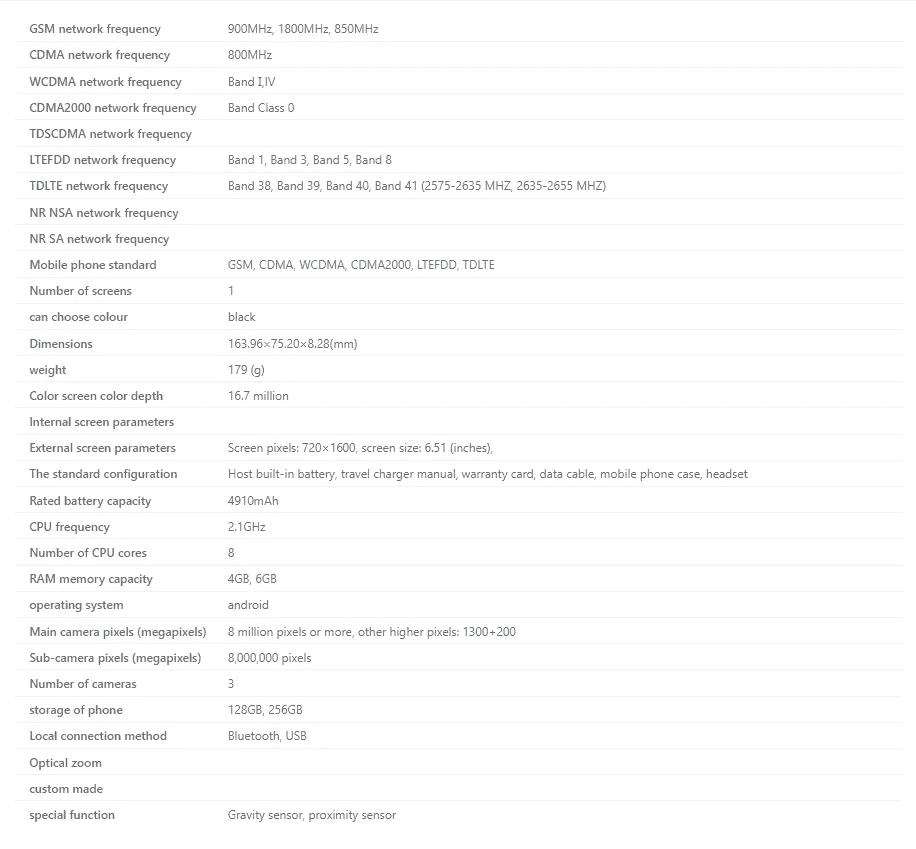 When it comes to connectivity, the handset will pack 4G LTE support, Wi-Fi, Bluetooth, GPS, and a USB Type-C port. According to the TENAA certification, the handset will launch in the Black colorway. Apart from the black color, there should be a distinct variant with Vivo’s traditional gradient finish.

For now, no other details have been revealed such as the exact chipset and pricing info. We expect more details to emerge in the upcoming weeks. The Vivo Y10 T1 will reach the Chinese market first, but other regions aren’t discarded.