Samsung is ready to show its new top-end chip. It’s powerful, power-effective and ray-traced. We hope that it will be possible to award Exynos 2200 with just such epithets. It is this processor with AMD graphics that the South Korean company is ready to present to the world.

Samsung said today that “the time for playing is over” and “it’s time to get the gaming market serious”. It was with these calls that Samsung accompanied the announcement of the upcoming presentation of the flagship processor with AMD RDNA graphics.

As expected, the company will host a special event to announce the new chip. With this, it wants to emphasize how important the new processor is to it. And the event itself will take place on January 11. At the same time, the company does not mention what characteristics the new chip will offer, limiting itself to the statement that the chipset received the RDNA 2 graphics engine.

Presumably the naming of the new items – Exynos 2200. The chip should offer eight cores, one of which is a high-performance Cortex-X2 and will be made using 5-nanometer technology. Perhaps at the presentation of the Exynos 2200, the company will also announce the date of the announcement of the Galaxy S22 series, which will be the first carrier of the new chipset. We are waiting for the presentation and hope that this time the top-end chip from Samsung has turned out. 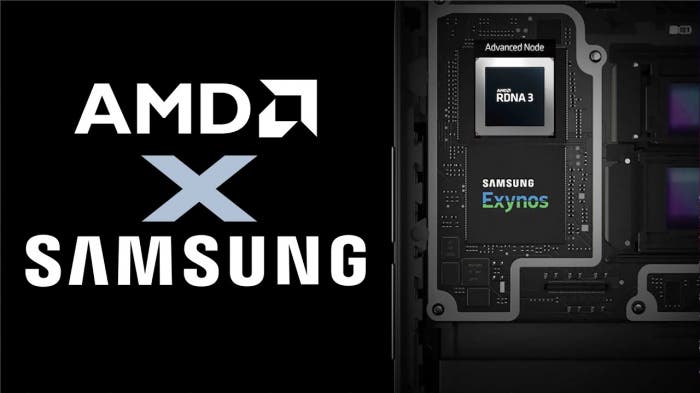 Samsung is not the only manufacturer of devices with flexible displays; but it still maintains a clear leadership, backed up by third-generation products. Improved design, reduced price and support for the S Pen stylus allowed the Korean manufacturer to ship 4 times more of these devices this year than a year earlier.

Another undoubted achievement of Samsung in the new market was impressive sales figures. In just a month, the company managed to sell more Z Fold3 and Z Flip3 devices than in all of 2020. But the Korean giant will not stop there either; according to the company’s own forecasts; by 2023 the volume of deliveries of devices with flexible displays will increase 10 times.

Samsung is currently working closely with Google to provide Android developers with the tools they need to unleash the potential of foldable devices. This year, the companies published guidelines for developing software for foldable devices, based on Google’s own experience; which optimized its own applications Gmail, YouTube, Duo and Maps for the new form factor. In the future, Samsung promised to continue this work with partners and mobile software developers.

Galaxy S22 Plus and S22 Ultra will bring 45W fast-charging

AMD acquisition of FPGA maker Xilinx gets a green light