Samsung Electronics is so obsessed with promoting its flexible displays that it is starting to use them to create the most bizarre devices of dubious value in terms of design features. In January of this year, a patent application was discovered describing a hybrid laptop, each of the parts of which can be folded in half.

The SamMobile resource told about the outlandish invention of Samsung specialists. The patent application, which appeared on the website of the international organization WIPO, describes the design of a laptop with a detachable keyboard unit. The part of the device endowed with a display can be used as a full-fledged tablet, it is possible to enter information with a pen and a touch interface. The flexible display allows you to fold this part of the device twice more, reducing the area it occupies during storage or transportation. 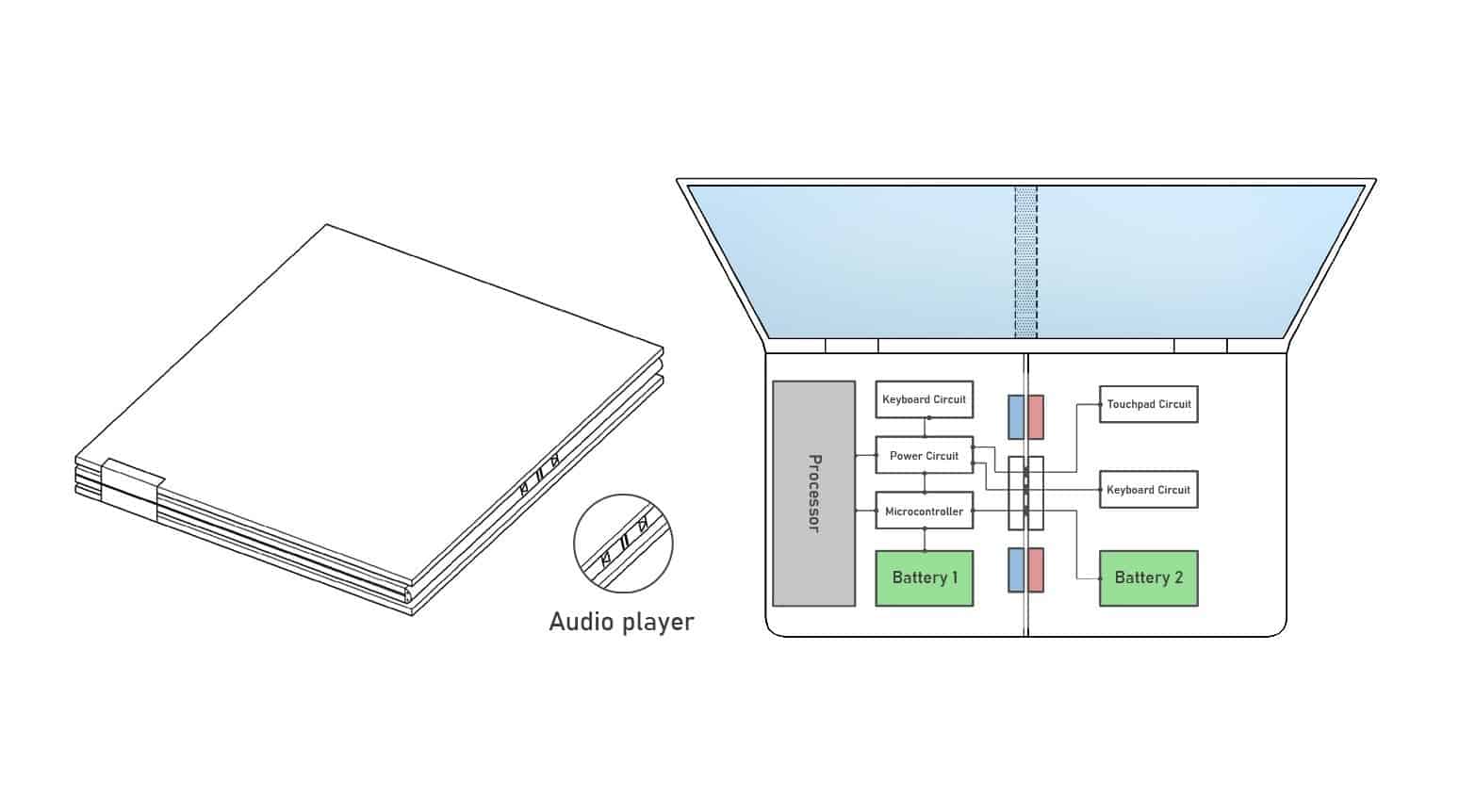 Accordingly, the keyboard unit also folds in half. It probably contains the bulk of the battery cells, as well as ports for connecting peripherals. The appearance of such a patent application by no means guarantees the entry of this laptop into the market, but as a concept sample, Samsung may well demonstrate it in the future. According to Counterpoint Research’s latest Foldable Smartphone Shipment Forecast; the shipments for 2021 will remain in single digit, at around 9 million units. However, it will still be a 3x growth over 2020; with Samsung dominating with over 88% market share. By 2023, we expect a 10x growth in foldable smartphone shipments. Even with more OEMs entering the foldable smartphone space, we expect Samsung to continue dominating with nearly 75% market share. If Apple is on track to release its foldable smartphone by 2023; it will not only be an inflection point in taking foldables mainstream; but also improve the component yield and scale for the entire supply chain.

The premium smartphone market in China will be particularly interesting for Samsung. So, “Despite having a negligible market share, Samsung can secure Huawei’s vacant spot; and its success can contribute towards total shipment and sales volumes for its new foldables,” Park added.