As with Facebook and Instagram, Meta regularly enriches WhatsApp with new features. Several new features are to come. We recently relayed in our articles the upcoming arrival of a function allowing you to listen to voice messages again before sending them or to listen to those you have received, even when the application is in the background. Meta would also have planned to completely revise the interface dedicated to these voice messages. Its main interest will be to facilitate the use of group calls. 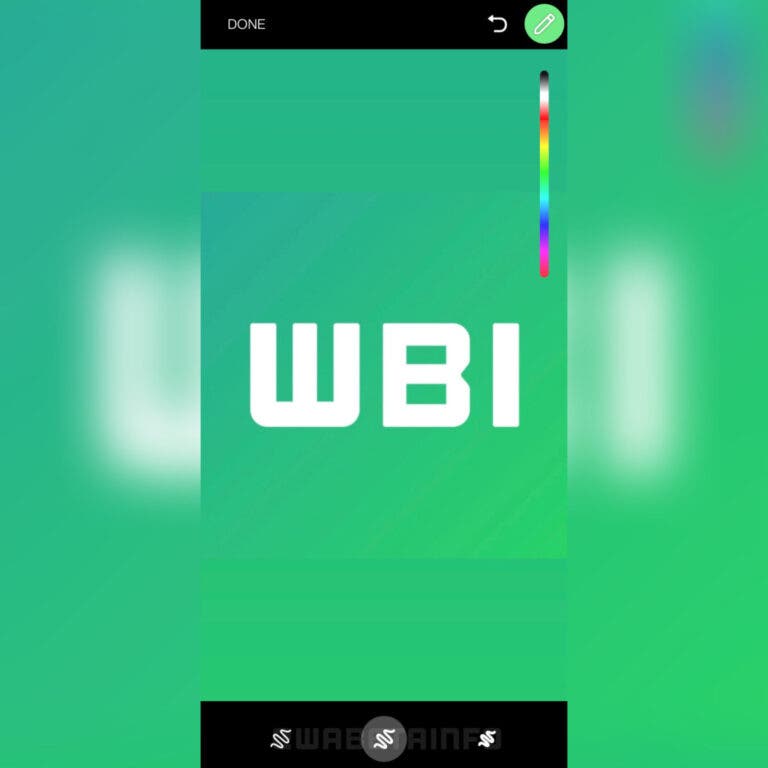 And it continues at the beginning of the year. Indeed, WhatsApp has just released a new beta version of its application for Android. It is numbered 2.22.3.5. And it reveals new features that will be used to edit images and videos. We owe this information to the WABetaInfo site which had the opportunity to try it before sharing an illustration image. Two tools are thus revealed: new brushes and a function to blur images.

WhatsApp is rolling out a new update through the Google Play Beta Program, bringing the version up to 2.22.3.5. The app is finally planning to release new features for the drawing editor: this is what we have discovered after installing the new WhatsApp beta for Android 2.22.3.5 update. The changes are under development.

Let’s take a look at the first new feature that strengthens the application’s drawing capabilities. So far, WhatsApp only offers one brush in its built-in editor. In the beta version, there are now three: fine, medium and coarse, quite simply. It comes in addition to the line color change option already available. Of course, this may seem fair compared to the photo editors that you find natively in the smartphone. But it can bring some benefits.

The second novelty is not entirely new, since it is already available in the iOS version of WhatsApp. This is the blur option. It quite simply makes it possible to reduce the visibility of all or part of a photo, and even of a video. It is a tool that is already very practical on iOS: it makes sharing easier and faster (no need to go to another application to obtain the same result). These tools are currently only available to WhatsApp beta users. But they should arrive very soon in the general version. So, keep in touch for more details and leaks regarding Whatsapp’s new features.