As Tom’s Hardware reports, a device equipped with the Samsung Exynos 2200 appeared on Geekbench. What’s more important, we can see how much the Xclipse 920 GPU scores in this benchmark.

As we can see in the picture above, the Samsung device, codenamed S908B, ought to be the Samsung Galaxy S22 Ultra. It uses an Exynos 2200 processor and an Xclipse 920 graphics card. Geekbench identifies this GPU as 3 computing units, and the source says it might refer to 3 WGPs. This simply means it may have 384 stream processors operating at a surprisingly low 555 MHz frequency.

In fact, The Exynos 2200 offers “the best mobile gaming experience” thanks to the Xclipse 920 video accelerator. The new graphics subsystem is a “hybrid and one of a kind” chip, which occupies an intermediate position between the processor for smartphones and the chip for game consoles.

The new Exynos 2200 processor and its Xclipse graphics accelerator support ray tracing and variable rate shading for smartphones. These two enhance the gaming experience. It’s been available on PCs, laptops, and consoles only. But this is only the first step. Samsung promised that the Xclipse 920 GPU is just the first generation of several AMD RDNA GPUs in plans for Exynos chipsets.

“Ray tracing is a revolutionary technology that closely simulates how light physically behaves in the real world. By calculating the movement and the color characteristic of light rays as they bounce off the surface, ray tracing produces realistic lighting effects for graphically rendered scenes. To offer the most immersive graphics and user experiences even on mobile, Samsung has collaborated with AMD to realize the industry’s first-ever hardware-accelerated ray tracing on mobile GPU.”

In the Geekbench’s OpenCL benchmark, the Xclipse 920 scored 9143 points. Below are the Snapdragon 888 and Apple A15 benchmarks: 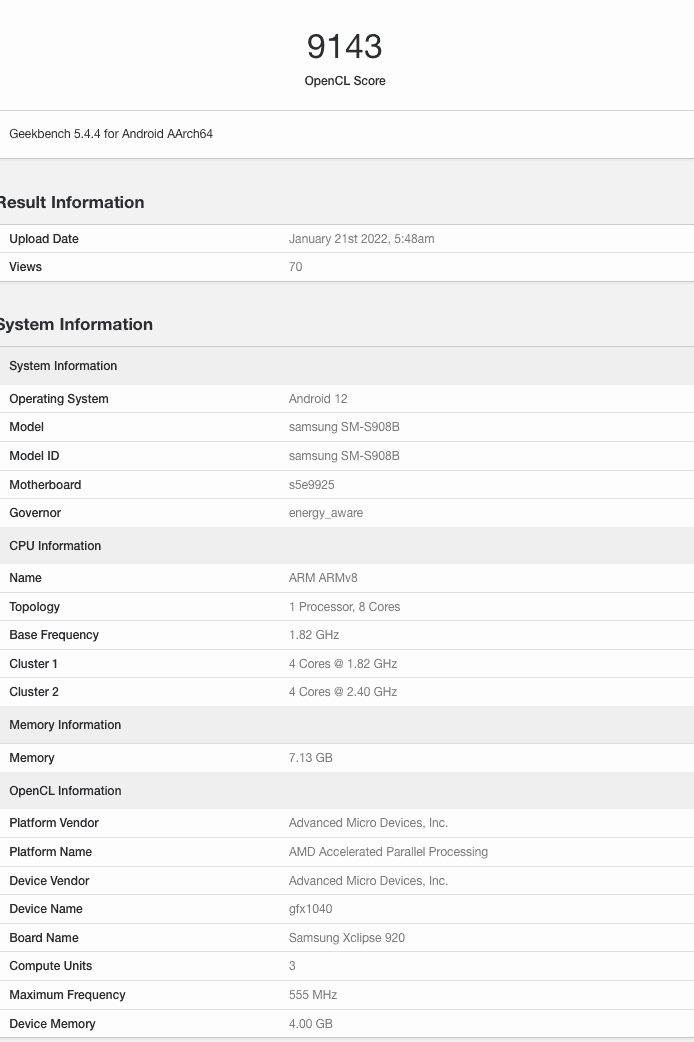 The test data shows that the Xclipse 920 GPU’s overall OpenCL score is 1x higher than the Snapdragon 888 used in the Samsung Galaxy S21. But it is behind the Apple A15 that powers the iPhone 13 Pro. 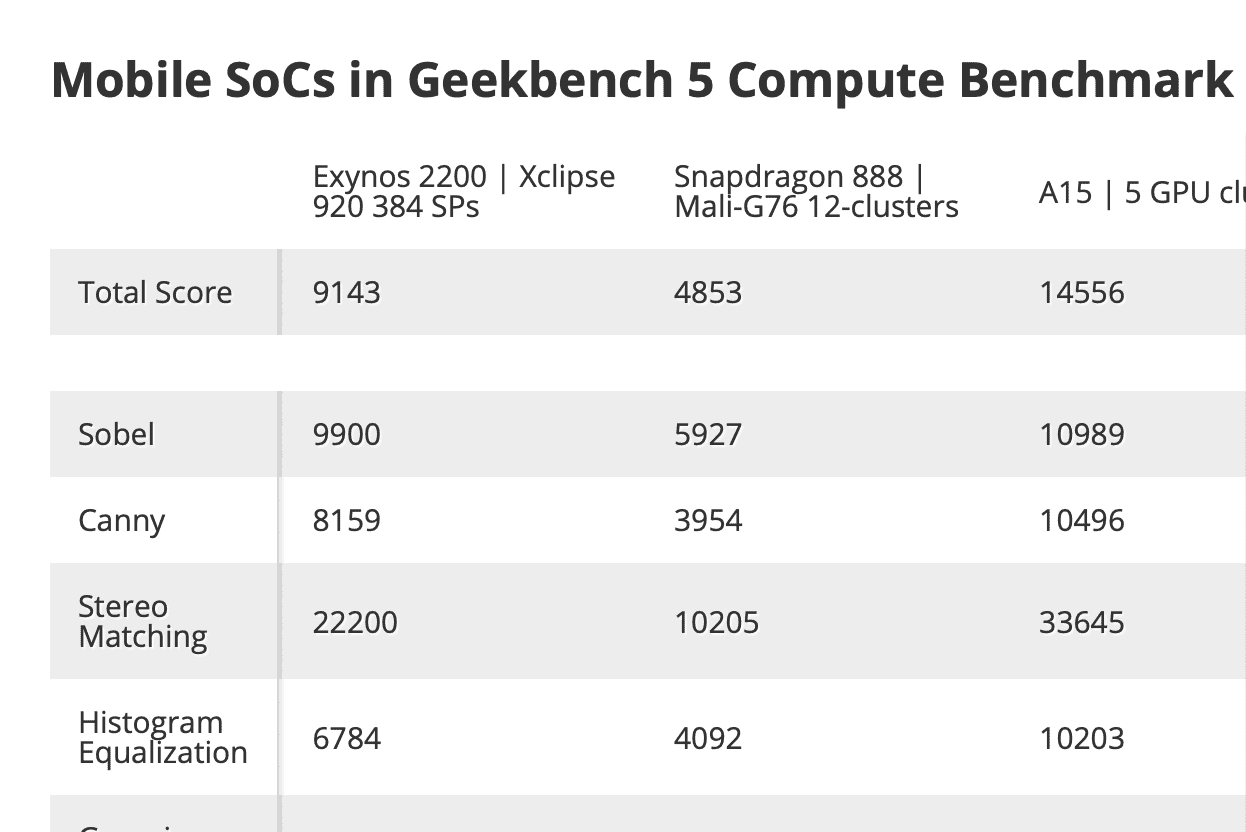 Samsung announced a new high-end mobile processor Exynos 2200 on January 18. At the launch conference, we learned that it uses a 4-nanometer extreme ultraviolet lithography process. As said, it integrates a Samsung Xclipse graphics processing unit (GPU) based on the AMD RDNA 2 architecture. The Exynos 2200 is one of the products on the market that integrates Arm’s latest Armv9 CPU core. The octa-core CPU adopts a tri-cluster structure design. Also, it consists of one Arm Cortex-X2 core three Cortex-A710 large cores, and 4 small energy-efficient Cortex-A510 cores.

Anyway, we should also point out that benchmark tests don’t reveal the actual power of a smartphone. This refers not only to the processor performance but also to GPU.

Previous How Much Memory Do Android Smartphones Need?