Over its next updates, Windows 11 seems to want to focus on accessibility. Indeed, we were talking to you last month about the many new features brought by the last big update of the operating system. Among them, we found in particular Voice Access, a feature allowing you to control your PC by voice commands. The latest build of the Insider program, the 22538, expands the latter to the virtual keyboard.

Its operation is very similar to that presented in December. By opening the virtual keyboard, each key is assigned a number, from 1 to 49. The user then just has to say “click on 30” for Windows to write the letter V, and so on. In the same way, it is very simple to add a number or an emoji to its text. Enough to allow people with motor disabilities or blindness to use their computer like anyone else.

Microsoft details the commands to open and close the keyboard, namely simply “open the virtual keyboard” and “hide the virtual keyboard”. In addition, the Redmond company adds that its Speech Pack application is available on its Store for device-based speech recognition that provides better transcription performance.

Build 22538 also includes other new features, such as a new, more modern design for the task manager, as well as some minor changes, including several bug fixes. To install the update, you will first need to have joined the Windows Insiders program. You can find all the news in the blog post published by Microsoft. 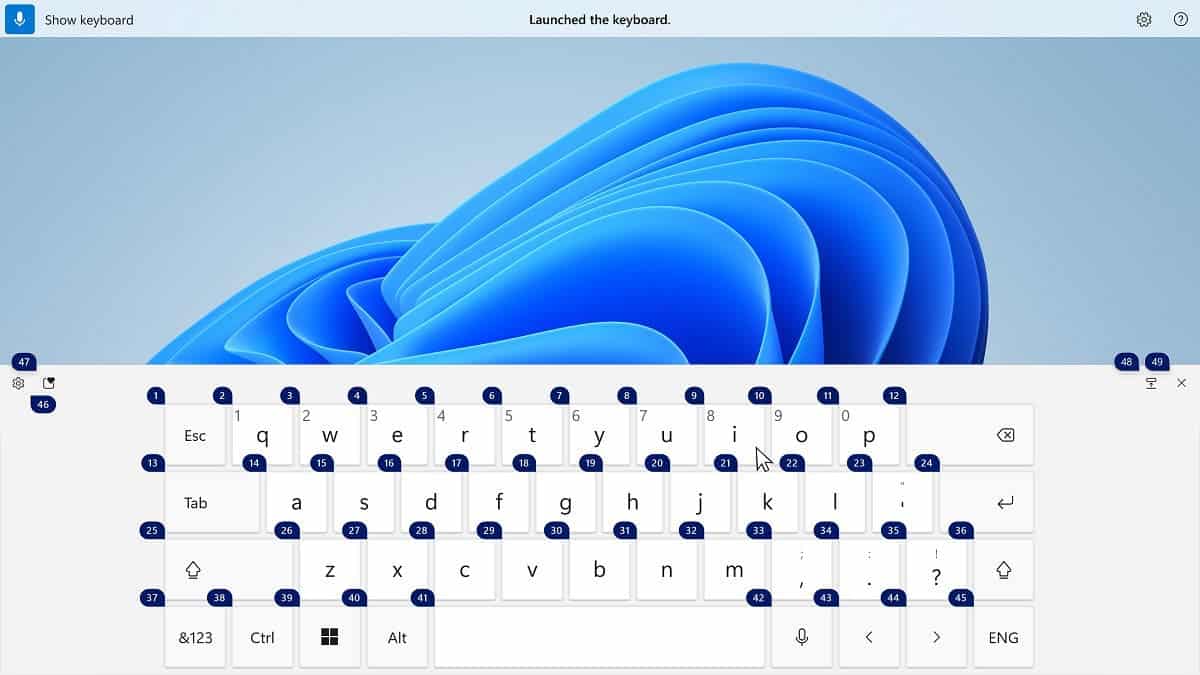 Microsoft has released Windows 11 Build 22538, which is available to Windows Insider Program members this week on the Dev Channel (Early Access). It contains a lot of fixes and improvements, and among the most interesting innovation in it was the appearance of an updated “Task Manager”, made in the style of Fluent Design.

Most likely, the current version of the “Task Manager” is not final, and in the future, the developers will make some changes to its appearance and functionality. The familiar tabs that used to be at the top of the workspace are now on the side. The user interface has also undergone a number of other changes, such as elements for basic interaction, such as creating a new task or ending a process, have become more accessible. There is support for the system mode of operation; due to which the “Task Manager” works in light or dark mode.

Note that the updated Task Manager is not automatically available to users. To activate it, you will need to perform certain manipulations, as well as use the ViveTool utility. Obviously, the development of the Task Manager is ongoing; and there is no indication of when it may appear in stable builds of Windows 11. Obviously, this will require a lot of time, which will be spent on finalizing and testing the updated Task Manager.

Previous Vivo shared the results of 2021: success and new milestones

Next Top 7 smartphones to be released in February 2022