Despite having its own gaming service, Apple is ignoring the portable console segment. The reasons for this may be different, but nothing prevents the company from changing its mind and trying to create its own portable gaming console. Rumors have surfaced periodically online that Apple is working on a game console and believes that immersion in the gaming industry can be extremely beneficial for it.

And now the journalist of the resource Windows Central Jez Corden reported that Apple is seriously trying on the creation of a portable gaming device. True, it is difficult to compete with recognized authorities in this market, because the company has no experience and specialists in this field. That is why Apple was able to lure a number of Xbox engineers to itself. How true this is, no one can guarantee.

According to earlier rumors, the Apple game console will receive a special processor, sharpened for games. It can be assumed that this will be a custom version of the company’s proprietary chip, where the graphics subsystem will be pumped to the maximum. According to some reports, Apple has already taken care to offer a catalog of games for a branded game console. To do this, the company is negotiating with a number of game studios for content creation. How far the parties have advanced in their negotiations, there is no information. 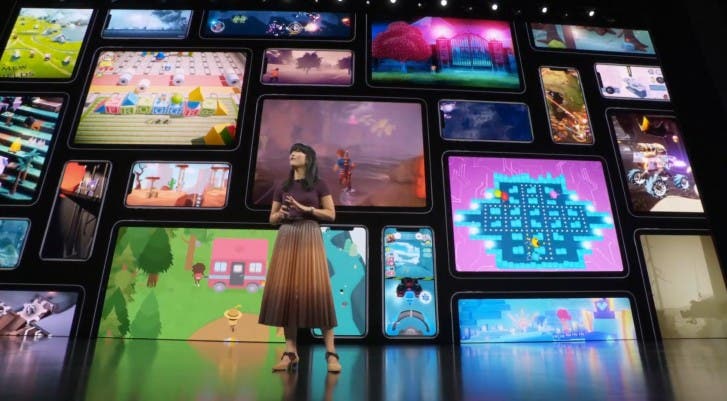 Apple Arcade is a video game subscription service by Apple. It was launched on September 19, 2019 at Apple’s main annual presentation. For a monthly subscription, the platform offers subscribers unlimited access to a selection of video games; on any compatible Apple device or software system: iOS 13, tvOS 13, iPadOS 13 and macOS Catalina or later. The service offers both individual and family shared monthly and annual plans; includes no advertising or in-app purchases, and the ability to download games for offline play. In addition to using the service on Apple-exclusive products; the gameplay is also compatible with third-party accessories such as gamepads, PlayStation 4 and Xbox.

Apple has invested $500 million to launch the Apple Arcade service. Apple pays app developers an up-front fee to create video games for the platform; and corresponds with some developers in the development process. Although Apple hasn’t revealed its actual revenue from the service, researchers have estimated that by 2024 Apple Arcade subscribers will make up around 10% of Apple’s consumer base and generate $4.5 billion of income.

Apple says it competes with PlayStation, Xbox and Switch in the gaming industry

Apple Handheld Console is coming to compete with the Nintendo Switch