iOS 15 is being one of the most complicated updates ever released by Apple. The first update came with a myriad of bugs and took a few versions to finally reach stability. Now, we can say that with iOS 15.3 we’re finally getting close to what was announced at WWDC 2021. However, there are still some missing features. The Cupertino-based company announced many features during its annual keynote, but several of these features didn’t make it to the stable release. Among them, we can list the driver’s license or state ID on the Wallet App on the iPhone and Apple Watch in the eligible U.S. States. However, as far as this feature is concerned, things may change with the upcoming iOS 15.4.

Apple revealed that this feature will come in early 2022. We’re still in February, so we can still consider that we’re early in 2022. Perhaps, the company will roll out the feature in time for its next big event set for Spring. In the second iOS 15.4 beta seeded today, MacRumors contributor Steve Moser uncovered a new line of code in the Wallet app. It states: “Find out when your driver’s license or state ID is ready to use and get important updates about your ID”. 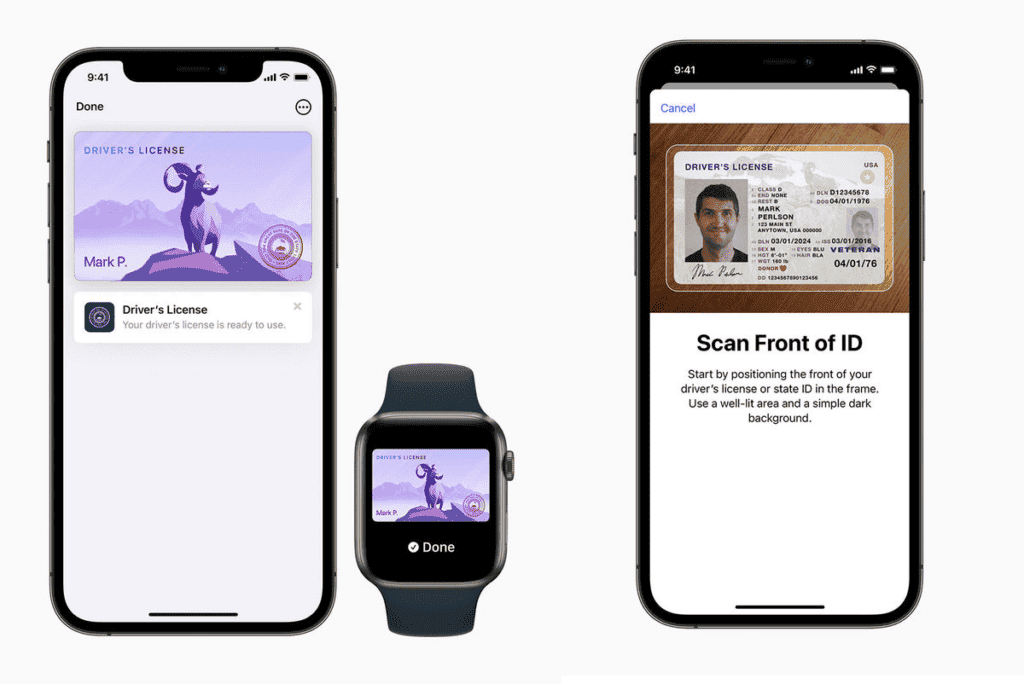 Apple says select TSA security checkpoints will be the first locations where ID cards in the Wallet app can be presented. After that, the list will include retailers and venues. Apple is doing the code-level preparations for the feature. However, it is still not possible to add a driver’s license or state ID to the Wallet Application in the second beta of iOS 15.4. Perhaps, Apple will keep making the adjustments under the wraps to finally make it publicly available at a later date. According to the rumors, iOS 15.4 will be released around March or April, considering Apple’s early 2022 timeframe. However, anything can change, especially when we’re talking about iOS 15.

Of course, this feature may not be much relevant for users outside of the United States. However, it opens a precedent. In the future, more countries may get support for the feature and it may even turn into a trend.

As far as the United States is concerned, Arizona and Georgia will be among the first states to support the feature. Connecticut, Iowa, Kentucky, Maryland, Oklahoma, and Utah will follow. Other states like Colorado, Delaware, Florida, and Louisiana already offer their own digital ID apps. We may see these states working with Apple to bring some kind of integration.