Valve surprised the industry when it revealed the development of the Steam Deck console. The company’s goal was to offer portable hardware that could run most of the games available on the Steam library. In fact, it’s almost like Valve’s take on Nintendo Switch, but with more possibilities. You can play games like Control, Assassins Creed, and even Cyberpunk while on the go. Of course, there are some limitations in the hardware, but it’s decent portable hardware to play games on the go. Today, the company finally launched the product. It’s not available for everyone, but there’s hope. The device is up for order to the first batch of reserves. They will be getting an email with ordering details.

Potential buyers who reserved the device will have 72 hours to complete their purchase after getting the email. If by any chance, they’ve changed their mind, the cancellation is also a possibility. The next batch of emails will be sent in the next week. Interestingly, Valve released a mini-game called Aperture Desk Job. The game is set in the Portal universal. The goal is to take your hand and learn the controls and features of the Stream Deck. However, since it’s a Steam game, and there is no exclusivity on the Steam deck, you can also play it through Windows PC with a controller.

Worth noting that the new mini-game will reach Steam users from March 1. The list of games that will fully work on Steam Deck hardware includes important names like Horizon Zero Dawn and the recently-released Elden Ring. Other games such as The Witcher 3: Wild Hunt, Control, and Tomb Raider series will also work flawlessly. Indie and non-demanding games should work without any issue, like for example, Hades, Terraria, and Stardew Valley. We’ve mentioned Cyberpunk 2077, the game is playable, but there is still much to improve. In fact, this particular title is a mess of development and optimization and we can’t blame the portable hardware for not running it in the perfect form. 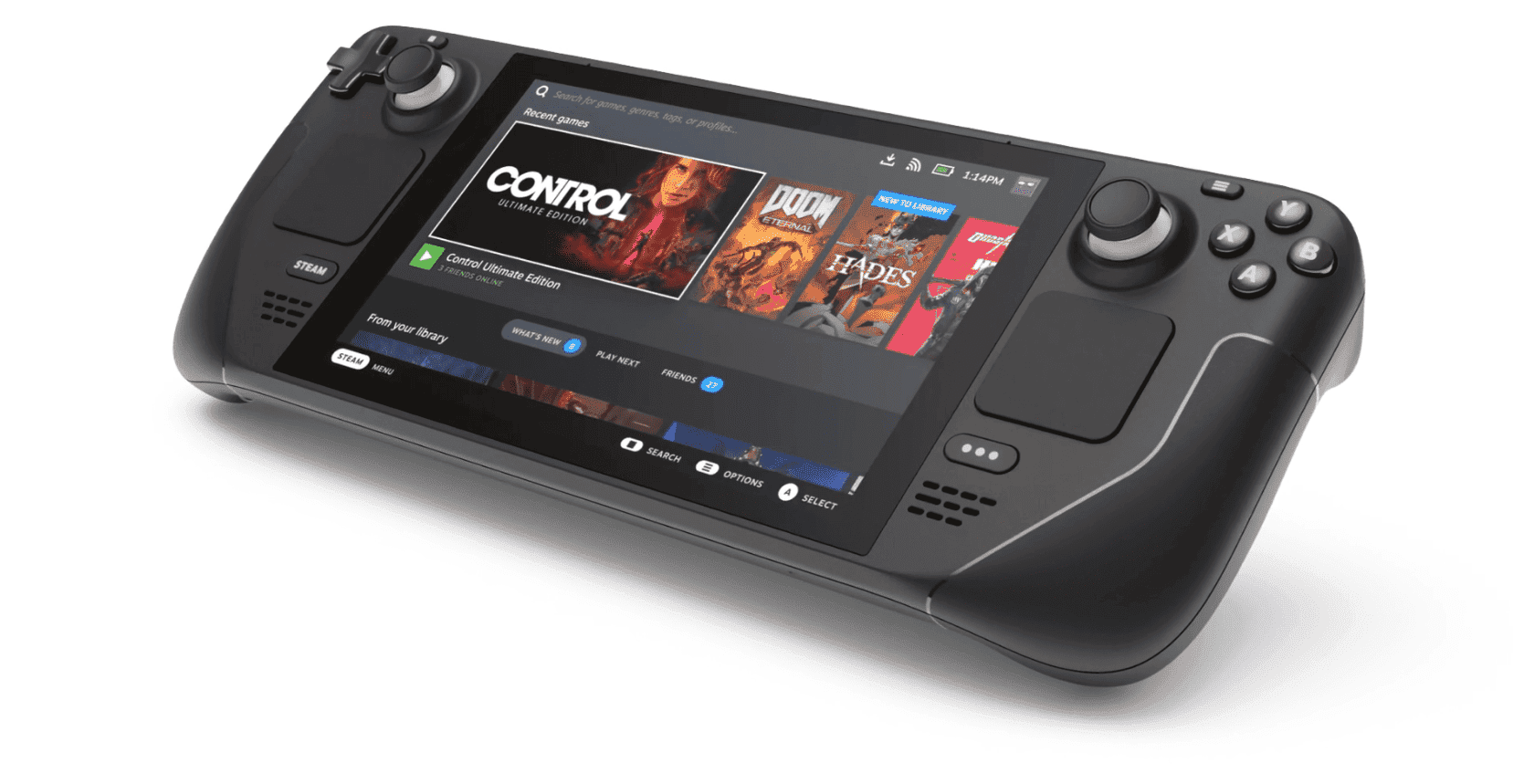 You can check a full list of compatible games through a section created by Valve called “Great on Deck“. It shows a list of games that will work without problems on the platform. The Steam Deck costs $399 for the variant with a 64 GB model. Although cheap, 64 GB is not adequate for modern games. There are better options such as the 256 GB model and 512 GB model. However, these will set you back by $529 and $649, respectively.