The Realme 9 4G will be, in fact, the company’s second smartphone with a 108 MP camera. The first device was the Realme 8 Pro. The big problem with this device is that sacrificed almost everything for the camera. For instance, it cut corners on the display, that despite being AMOLED only had a 60 Hz refresh rate down from the 90 Hz in its predecessor. The device also had only a Snapdragon 720G which was far from being appealing at the time of its release. The Realme 8 Pro main camera was an ISOCELL HM2 and the company is improving this with the new model. The Realme 9 4G will be the first to use the Samsung ISOCELL HM6 sensor.

The brand will be marketing the new camera under the name “ProLight”. As it explains, the device will use the ISOCELL HM6 with NonaPixel Plus layout (3×3 binning), which combined with other improvements will increase the sensor’s light gather ability by 123 percent in comparison to the HM2. As per the company’s internal tests, the new 108 MP camera is capable of producing brighter photos with better color reproduction when shooting in low light. 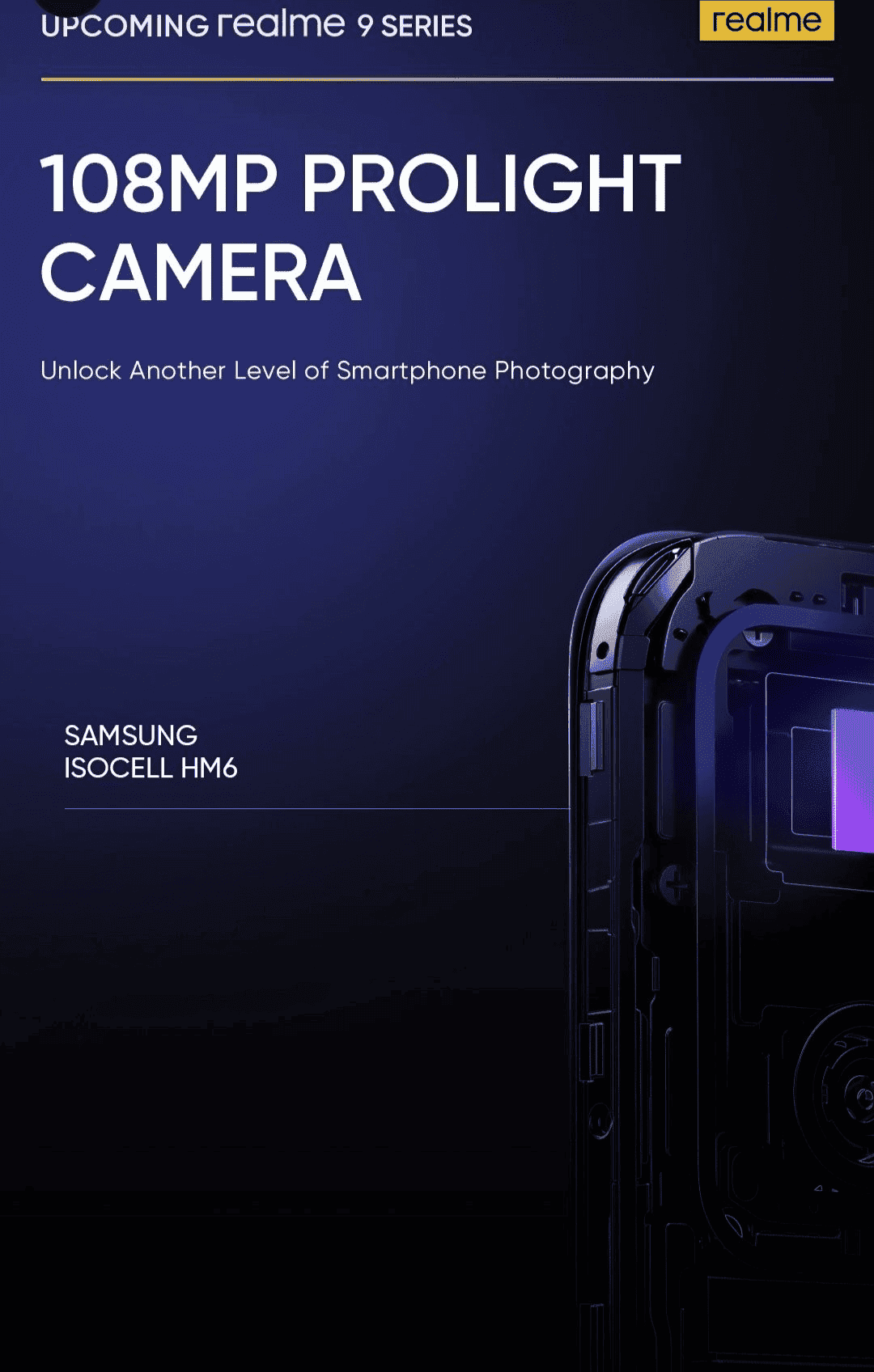 The new mid-range contender will also be the first to use the “Ultra-Zoom” feature. It is built into the HM6 sensor for lossless zoom when using the main camera. Worth noting, that Samsung is yet to officially reveal the new sensor. But, the reports went ahead suggesting that Realme 9 will come with this aforementioned processor. We may see a reveal in the upcoming days.

Samsung will certainly make a marketing showcase to reveal this new sensor with the fancy NonaPixel feature. So far not much is known about the Realme 9 4G but we suspect the phone will bring the Snapdragon 680 SoC or something from MediaTek such as the Helio G96. The phone will also bring a 5,000 mAh battery with 33 W fast charging.

Next Russia accuses YouTube of being an information warfare platform