TikTok is an infinite and vertical maze of short videos in which it is easy to get lost. The spirit of the platform is based on the immediacy of the contents and their compulsive use. And if going on forever is very easy, going back is practically impossible: unlike what happens on YouTube, in fact, on TikTok, there is no history that keeps track of the videos already seen and therefore allows you to find them if you want to view them again.

And as the content is expanding, and in addition to quick video clips, there are also tutorials and videos that can last up to 10 minutes, the lack of such an option begins to get heavier and heavier.

For this reason, the TikTok team worked on the “Watch History”, which is the history of the videos, which apparently is already in the testing phase as emerges from the reports of some users on Twitter who have started posting screenshots to show the new feature that appeared within the app.

The new item appears in the app settings, in the “Contents and activities” section. Currently, there are still no reports from a vast majority of users; and it seems that the distribution of this new feature is still limited to a small audience of users. It is probably a preliminary test phase, after which the actual release will begin, which will gradually reach all users. 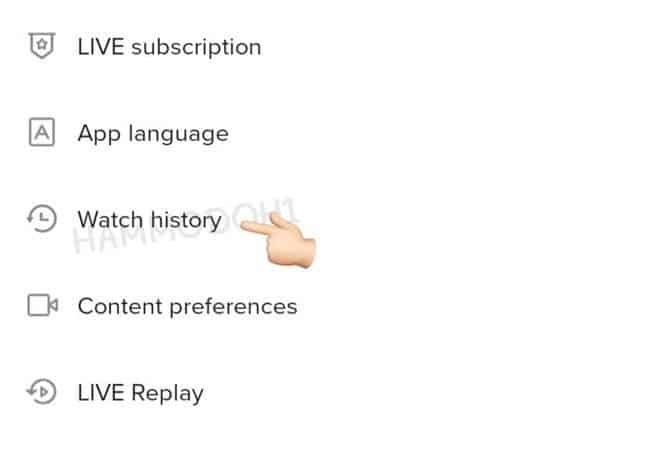 The organizers of the Cannes Film Festival went on an unprecedented collaboration. Recently, it became known about a partnership with the TikTok social network, targeted specifically at smartphone users and covering more than a billion users around the world.

Moreover, from March 15 to April 8, a joint short video contest with the hashtag #TikTokShortFilm will take place; in which users will be able to post videos ranging from 30 seconds to 3 minutes. The jury will be headed by a well-known director, whose name is still hidden; the winners will get the awards during the festival.

Although the film festival and TikTok seem to have little in common at first glance, both sites support content creators and are able to draw international attention to emerging talent. In addition, TikTok will provide financial assistance to the festival.

TikTok has already stated that the new initiative aims to provide more creative opportunities for the entire social networking community; and the organizers of the festival emphasized that TikTok will allow sharing the “magic of the festival”; with a much larger audience than ever before.