It looks like the Vivo X80 series smartphones will be heading to Malaysia in the coming days after going official in China later this month. Vivo is prepping to bring its new X80 series into the Chinese market during the April 25 launch event in the country. Now, the Dongguan-based tech company isn’t on the verge of unveiling the lineup yet. However, key details about the X80 series continue to pop up online left, right, and center. For instance, some of the series’ key specifications surfaced online earlier this month.

Notably, the hotly-anticipated Vivo X80 series has been floating around the rumor mill for quite some time now. Aside from this, the lineup has been subject to a lot of leaks lately. Last month, a leak indicated that the X80 will pack a Dimensity 9000 SoC under the hood. Also, the leak suggested that the handset will feature an OLED display with a 120Hz refresh rate. Now, in a new development, GSM Arena predicts that the entire X80 lineup will come with a new V1+ imaging processor. Also, the V1+ is likely to offer major upgrades over its predecessor dubbed the V1, which was announced back in 2021.

Vivo X80 Series To Launch In Malaysia With V1+ Chipset

Vivo developed the V1+ imaging processor in collaboration with MediaTek. As stated earlier, it is an improved version of the V1 processor that powered up the X70 series. Furthermore, the newfangled V1+ will be capable of supporting the MediaTek Dimensity 9000, as well as the Snapdragon 8 Gen 1 chipsets. In other words, there is a possibility that Vivo might consider selling it to other brands as supplies. Moreover, this makes Vivo the first-ever OEM (Original equipment manufacturer) to develop an image processor that works with other chipsets. The imaging processor is likely to deliver significantly improved colors of images. 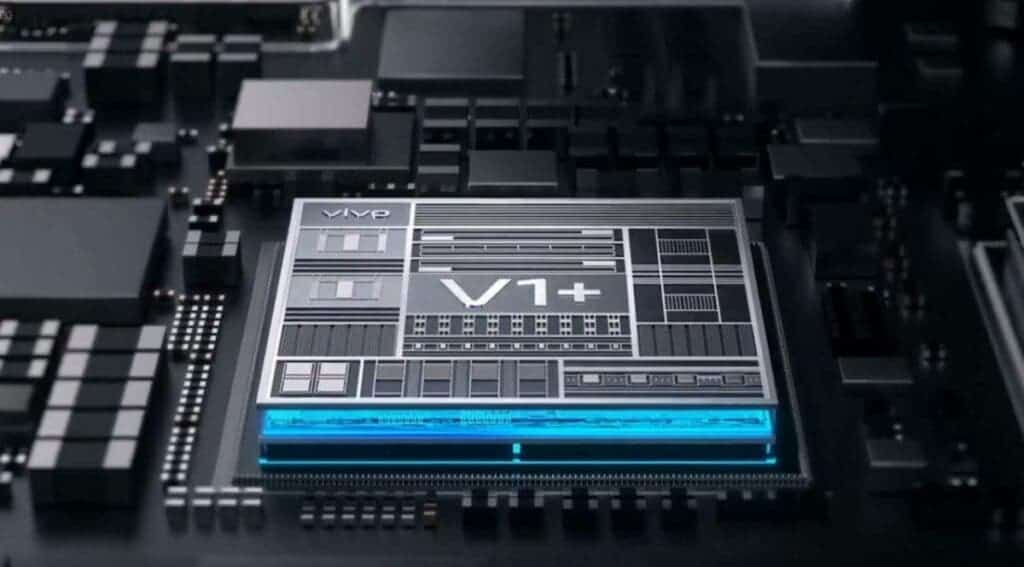 Aside from this, the V1+ could bring notable improvements to different modes including the popular portrait mode by offering more vivid and unparalleled textured details. Furthermore, the Vivo imaging processor will use the chipset’s AI technology to deliver high-quality images. As if that weren’t enough, the V1+ comes in handy for improved and high-speed gaming apps. In the meantime, Vivo Malaysia is reportedly prepping for the imminent launch of the X80 series in the country soon. Moreover, it has been confirmed that the lineup will be available in Cosmic Black and Urban Blue color options.

The word on the street is that the X80 series smartphones will go official in Malaysia sometime in May. Also, the Vivo T1 series will be launching soon. Vivo Malaysia is likely to confirm the exact launch date and other details in the coming days.