Back on Monday, the Security officers in Russia have been accused of staging a Ukrainian assassination attempt. The authorities curiously shared a bunch of photos of confiscated copies of “The Sims”. To those unaware, it’s a legendary simulator that is around since computer gaming became a thing. In this simulation game, you control sims in their everyday lives. However, the Russian authorities’ goal had nothing to do with Electronic Arts’ game. Apparently, they have confused the game for SIM cards. Despite its worldwide popularity, it seems that Russian authorities are not very aware of the game.

The Investigative Committee of the Russian Federation released a couple of bizarre photos on Monday. Furthermore, they’ve announced that the police have arrested six neo-Nazis plotting to kill Russian TV Host Vladimir Solovyov in Moscow. Moreover, the Russian federal police (FSB) claims to have recovered “an improvised explosive device, eight improvised incendiary devices of the Molotov cocktail type, six PM pistols, a sawn-off hunting rifle, an RGD-5 grenade, more than a thousand cartridges of various calibers, drugs, [and] fake Ukrainian passports” from the would-be assassins, as well as “nationalist literature and paraphernalia.” 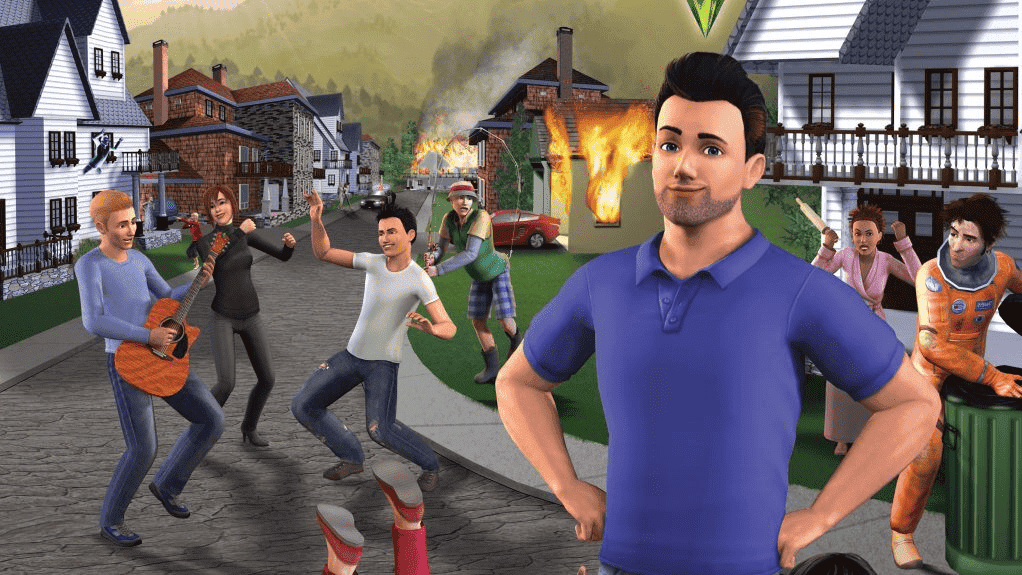 The plot to kill with a car bomb, according to the FSB, has an association with the Ukrainian security services. However, the whole thing sounds like a Russian scheme.

Someone confused “Three SIMs” with “The Sims 3”

Photos released from the apparent scene of the arrest, however, gave the impression of a poorly staged false flag. One of the photos shows a crisp red t-shirt with a swastika on it. It’s super clean and well conserved. Furthermore, it was inexplicably alongside three copies of the video game “The Sims 3”. What in the heavens, these guys were planning with three copies? Perhaps, they were planning to kill the Russian TV Host Vladimir Solovyov by explaining how much he’ll need to spend on the DLCs. That’s hilarious, to say the very least. The BBC Journalist Francis Scarr asked on Twitter:

Who knew they were so into The Sims 3?

A Twitter user gave his explanation for this event. Apparently “someone from the top most likely wrote “three SIM cards”, and some genius obeyed.” Additionally, Elion Higgins, the founder of investigative research group Bellingact, which focused in recent years on Russian Intelligence and Military operations agrees.

Guys, this isn't about LGBT or any other stuff. Somebody from the top most likely wrote: "3 симки" ("three SIM cards"), and some genius obeyed.

“I genuinely believe this is a dumb FSB officer being told to get 3 SIMs,” he tweeted on Elon Musk’s social media.

I genuinely believe this is a dumb FSB officer being told to get 3 SIMs.

To those unaware, Solovyov, who hosts a show on Russian state TV’s channel 1, is considered in the West a Kremlin propagandist. Since Vladimir Putin is clearly adopting a strategy that sells Russia as a victim of the West, it makes sense for them to fake this assassination attempt.

Russian FSB has fabricated a "plot" to kill Russian TV propagandist Solovyov. Allegedly by Ukrainian SBU and Nazis. One of the "evidences" is neonazi inscription on a book. Signed by "Signature unclear". Yes, FSB got an order to sign it with a "signature unclear" – and did so! pic.twitter.com/P1vnDOXOIB

To close this article and show how stupidity can go beyond established precedents, the Officer in Russia probably got instructions to write a neonazi inscription in a book and sign the text with a “Signature Unclear”. That’s what he did, he signed the document with “Signature Unclear” text.

Russia keeps its struggle to become an isolated country. However, it is still getting vital support from countries such as China, and even Malaysia.

The Western sanctions come from strong potencies such as the EU and the United States. They’ve affected the life of Russian citizens in multiple ways. However, Russia still resists and keeps its invasion of Ukraine.