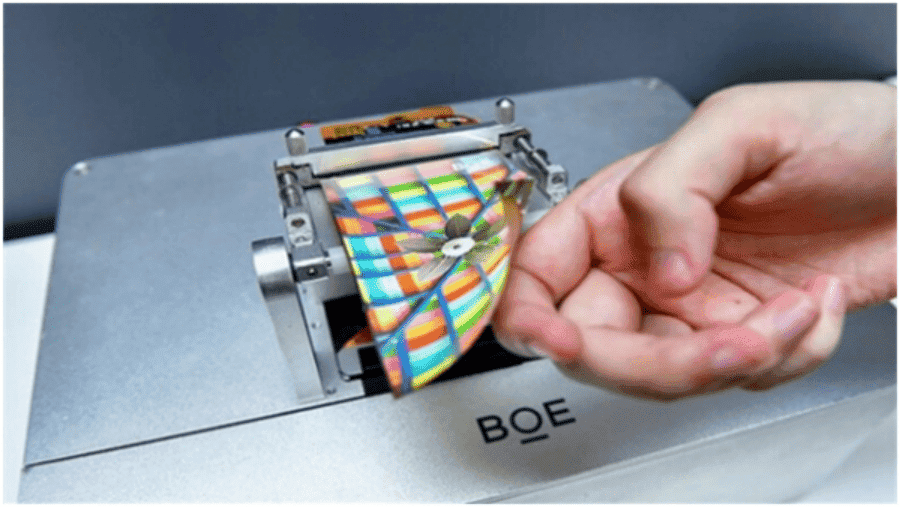 BOE began supplying OLED panels for the 6.1-inch iPhone 13 model last year. However, the company’s panel supply has dropped sharply since February this year. The reason for the early decline can be said to be a shortage of display driver ICs. The cause of this is that BOE sources these chips from LX Semicon, which supplies more to LG.

However, the sources claim that this alone does not explain the sharp decline in BOE’s production. There are reports that the most likely reason is that BOE has changed the design of OLED panels, such as expanding the circuit width of thin-film transistors. This may have led Apple to notify the company to stop producing iPhone 13 panels, the source claims.

According to expert analysis, Apple is unlikely to completely exclude BOE from the OLED panel supply chain. For Apple, the competition between BOE, Samsung Display and LG Display will help drive down the supply price of OLED panels.

It stands to reason that it should be the time when iPhone 13 component manufacturers are rushing to ship out. However, a report from The Elec claims that since February, the production of iPhone OLED panels from BOE is almost zero. The report claims that Apple is just discovering the changes and it is in contact with the Chinese manufacturer. The company will now have to solve this problem as soon as possible.

However, the report believes that, as an effective presence to compete with suppliers like Samsung and LG, Apple will not kick BOE out of the iPhone supply chain. This will give the company more bargaining power with subsequent panels.

In addition, BOE’s Sichuan B11 factory, which produces iPhone screens, is still in operation. Earlier report claims that BOE will supply more than 20 million OLED panels to Apple this year. There are also speculations that the company will enter the iPhone 14 industrial supply chain.

In response to the reports that Apple will expunge BOE from the iPhone 13 display supply chain, there is now an official response from Apple. According to Apple, it is unlikely to exclude BOE as an OLED panel supplier. Apple’s response is not direct either. Thus, it is most likely that it expects BOE to fix the shortcomings that it is observing. By so doing, removing BOE will not be an option for Apple.

BOE has been supplying OLED panels for the 6.1-inch iPhone 13 since September last year after it entered the ranks of Apple’s iPhone OLED panel suppliers. However, the Chinese display manufacturer needed to temporarily pause production and fix the issues that are coming from Apple. This is why the company’s supply of displays to Apple has been very low.

Apple relies too much on Samsung and LG for its OLED panels. In fact, most of its panels come from Samsung which is a competitor. This is not very good for Apple and the company knows it. This is why it is seriously trying to diversify by bringing in the Chinese display manufacturer.

Since the OLED display was first applied to the iPhone X in 2017, Apple has been concerned about the high proportion of supply from South Korean companies. Considering that BOE is scheduled to provide 50 million OLED panels for Apple, it shows that the smartphone brand highly values BOE’s work.