Infinix is teaming up with Marvel Studios to launch an awe-inspiring Doctor Strange edition smartphone in India later this month. Infinix Mobile is a smartphone company in Hong Kong, and it was founded by Transsion Holdings back in 2013. Now, the brand has announced its maiden collaboration with Marvel Studios. Notably, this announcement comes hot on the heels of the release of the latest MCU movie, Doctor Strange in the Multiverse of Madness. As part of this collaboration, Infinix Mobile will be unveiling its next-gen Note devices. 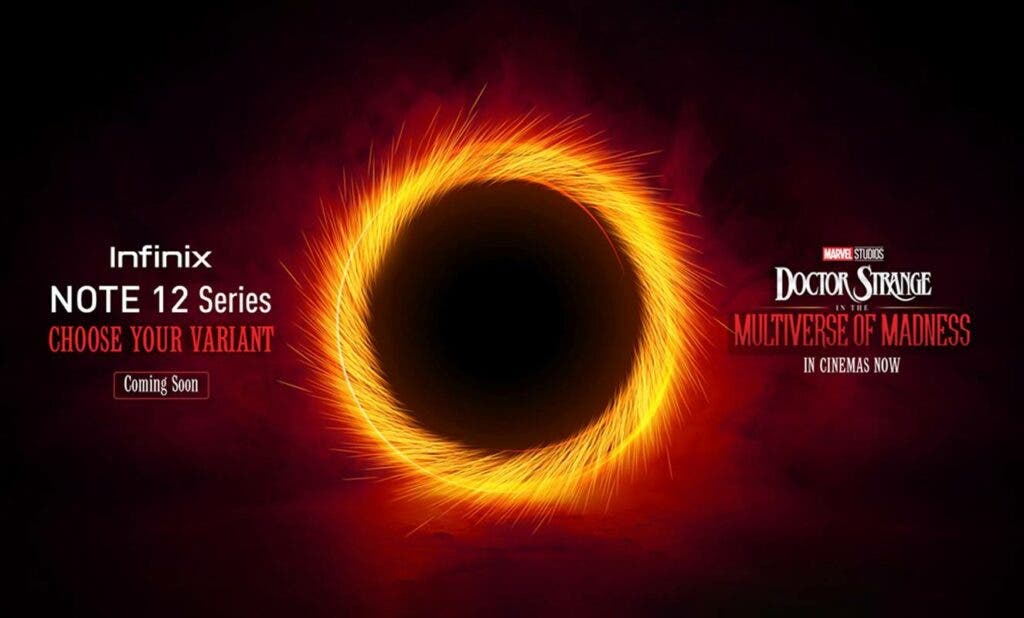 Before the Note 12 series handsets land in the country, Infinix Mobile divulged its key specifications. First off, the Note 12 duo will sport an AMOLED display. Aside from this, the devices will support widevine L1 that enables viewers to watch HD content from Netflix, Amazon Prime Videos, and other apps. The AMOLED panel, coupled with HD streaming will deliver an unparalleled viewing experience. Now, the poster hints at a 6.7-inch display with Full HD+ resolution. Moreover, it suggests that the phone will come with 33W fast charging support. 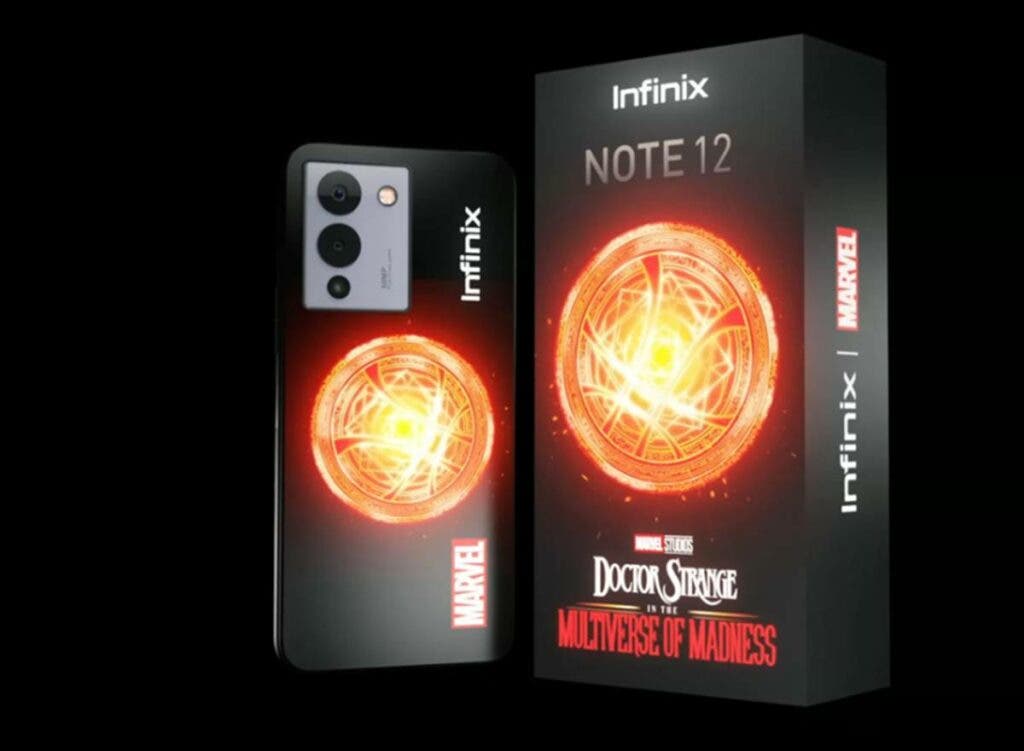 The Infinix Note 12 Doctor Strange in the Multiverse of Madness variant will ship in unique movie-based packaging, as per a report by the Times of India. Moreover, some of the phone’s design elements will draw inspiration from the latest Marvel movie. For instance, the rear panel will feature Doctor Strange’s spell circle. Moreover, the company has confirmed that the phone will boot Android 12 out of the box with a layer of Infinix’s XOS on top. Also, the Note 12 series will be up for grabs in various colors, RAM, and storage options.

The color options will reportedly represent the different avatars of Doctor Strange’s merchandise from the latest Marvel movie. The company has been on a launch spree in India this year. To recall, it unveiled the Smart 6 smartphone last month. The Note 12, and the Note 12 Turbo appear to house three cameras on the back and flat sides. Furthermore, the official images confirm that they will be available in Silver, Black, and Blue color options. Lastly, the phones will be available for purchase via Flipkart after they go official in India on May 20.

Previous How To Make Your Phone More Secure During Demonstrations?