WhatsApp has been working on a couple of features to upgrade its workability. Some time ago, the company released a new feature for WhatsApp business accounts which allows users to filter chats. The latest report about the popular app is that it is working on a similar feature for standard accounts. This feature will arrive with a future update and it will be available for Android, iOS, and Desktop. 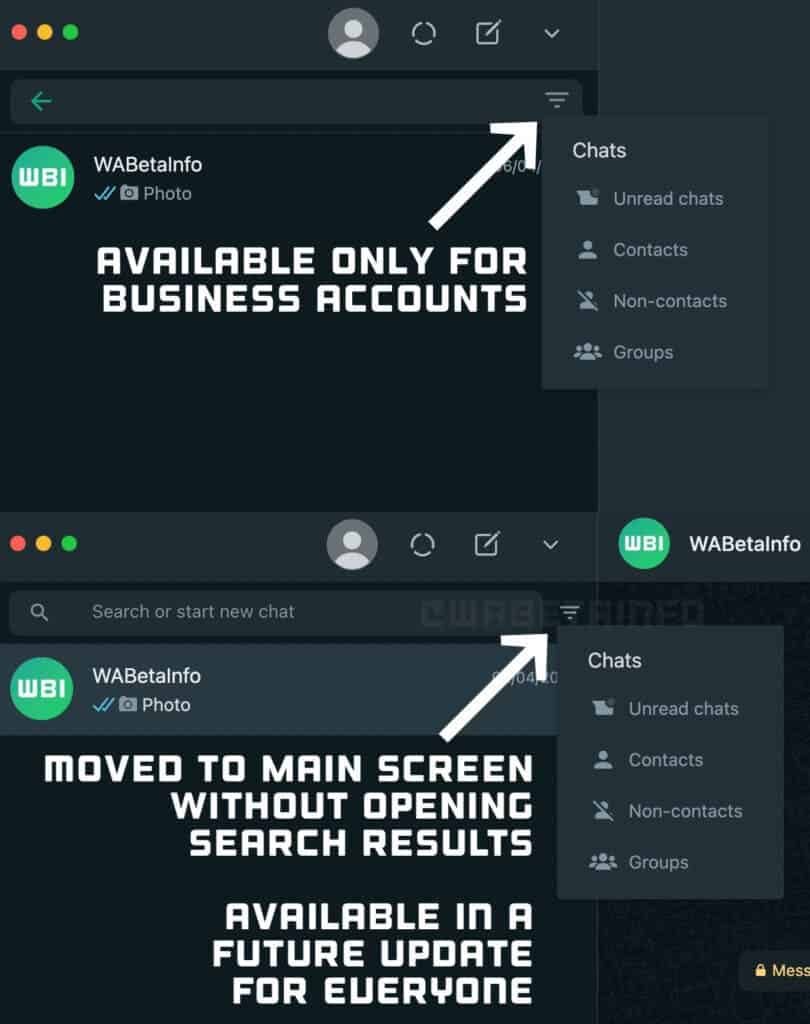 By adding some simple filters to quickly find certain chats, WhatsApp upgraded its business account with the advance search. This feature is now available for business accounts for Android, iOS, and Desktop. However, since last year the feature rolled out, it has been limited to business accounts. This means that at the moment, standard WhatsApp accounts can not filter chats using the special filter. Nevertheless, this will not persist for long as standard accounts will get the update soon.

The screenshot above shows the filter button on the business account. With this feature, users with a long list of chats no longer need to worry. WhatsApp is making it easier to search for unread chats, contacts, non-contacts, and groups. In the future, after the update arrives, standard WhatsApp accounts will also be able to use this feature. Nevertheless, there will be a difference. Whenever a user is not searching for chats or messages, the filter button will always be visible.

The screenshot on this post is from a Desktop version of WhatsApp. However, this does not mean that this feature will not be available for Android and iOS. The beta of the update will be available for WhatsApp for Android, iOS and Desktop soon. After installing the WhatsApp beta UWP 2.2216.4.0 version which was released two weeks ago, you will have access to this feature.

From the latest information regarding WhatsApp Group Polls, the display interface when sending a poll has been revealed. When the poll appears on the group, users will have to pick an option and then click on “Vote”. After clicking on “Vote”, your option will be shared with other members of the group. However, group members will not know that the vote is coming from you. Furthermore, the poll is end-to-end encrypted, so nobody can see the content, not even WhatsApp. 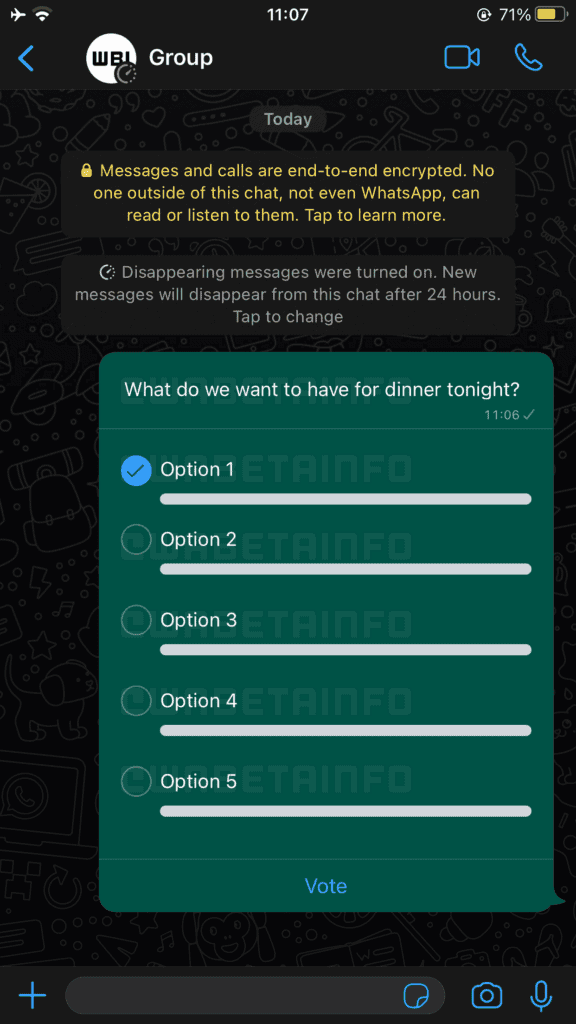 As of now, WhatsApp Group Polls is still in its early stages of development. Thus, there is a lot of work to be done before this feature is completely ready. In all honesty, this feature will most likely take a lot of time before arriving for every WhatsApp user. We can also confirm that WhatsApp is also developing this feature for Android. Thus, Android beta testers will soon be able to get a feel of this feature.

Previous How To Enable Two-Factor Authentication On Your Google Account