There are a couple of new features on the WhatsApp Beta channel: one for desktop and one for mobile. Respectively, we talk about the possibility of filtering chats based on those containing unread messages and distributing the 2 GB limit for sent files to a larger number of users. Here are some more details. 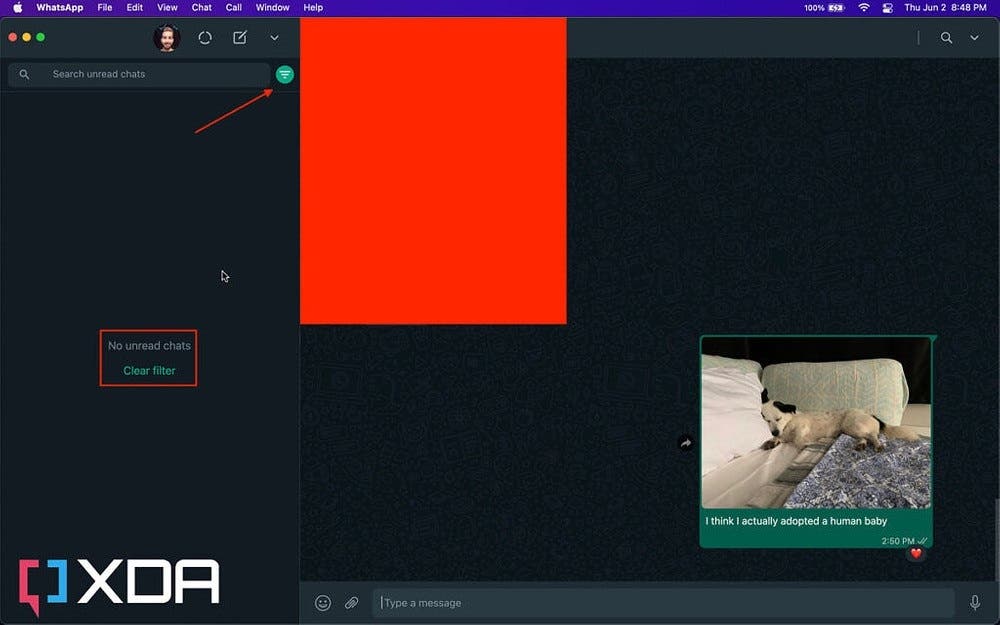 As you can see from the screenshot above shared by XDA-Developers colleagues, the filter can be applied using a button to the right of the search box, located at the top left. The source reports that there are no options or parameters to configure: the filter does only one thing – switch from all chats to only those with unread messages. When the filter is active, a message appears in the column where chats appears to disable it if the list is empty. Seeing it this way it is easy to imagine that the filter has the potential to be expanded and expanded in the future, but for the moment this is.

The unread message filter and 2 GB files arrive to WhatsApp

In March 2022, WhatsApp was testing a feature that lets people in Argentina share media files up to 2GB; so some lucky users were finally able to send larger documents. Last month, WhatsApp started to release the same feature to a few more people outside of Argentina; but it still was a small test. Today, after installing the new WhatsApp beta for Android 2.22.13.6 update; more users are finally able to share documents up to 2GB since the rollout is really wider now!

The version of the client showing the novelty is 2.2221.1; at this stage, it is unclear whether it appears to everyone who has upgraded or to a subset of users; a sort of A / B test as is often taking place in the industry.

The ability to send larger documents has been rolling out to more people today (even some people on certain previous versions); and more activations are in plans over the coming weeks.

The functionality had been officially official a few weeks ago in conjunction; with the arrival of the reactions but so far we have saw it a little. The guys from WABetaInfo, who follow every story related to the Meta super messaging client closely; say that so far the new limit (remember that at the moment the maximum is 100 MB); had appeared to a small number of users in Argentina; but now apparently the roll-out is global. For the moment there are feedback on the Beta version 2.22.13.6 for Android which is available on the Play Store.

Next Buy Microsoft Office 2021 licenses from $13.32 with Godeal24 Software Sale!