According to a report by MySmartPrice, Realme is prepping to unveil a new Narzo 50 series smartphone. Moreover, the report suggests it will carry the Realme Narzo 50i Prime moniker in India. This piece of information comes from Industry sources. Further, the publication has divulged detail about the Realme Narzo 50i Prime India launch timeline. Moreover, it has revealed the upcoming smartphone’s RAM, storage, and colors.

The Realme Narzo 50i Prime India launch will take place by the end of June. So, the handset could go official in the country in the next three weeks. Realme is reportedly prepping to launch the 9i 5G in India later this month. It will be interesting to see if both devices launch on the same day. Also, Realme is likely to release some teasers ahead of launch. The Narzo 50i Prime will be reportedly available in two color options. Also, interested buyers will be able to choose between two configurations. 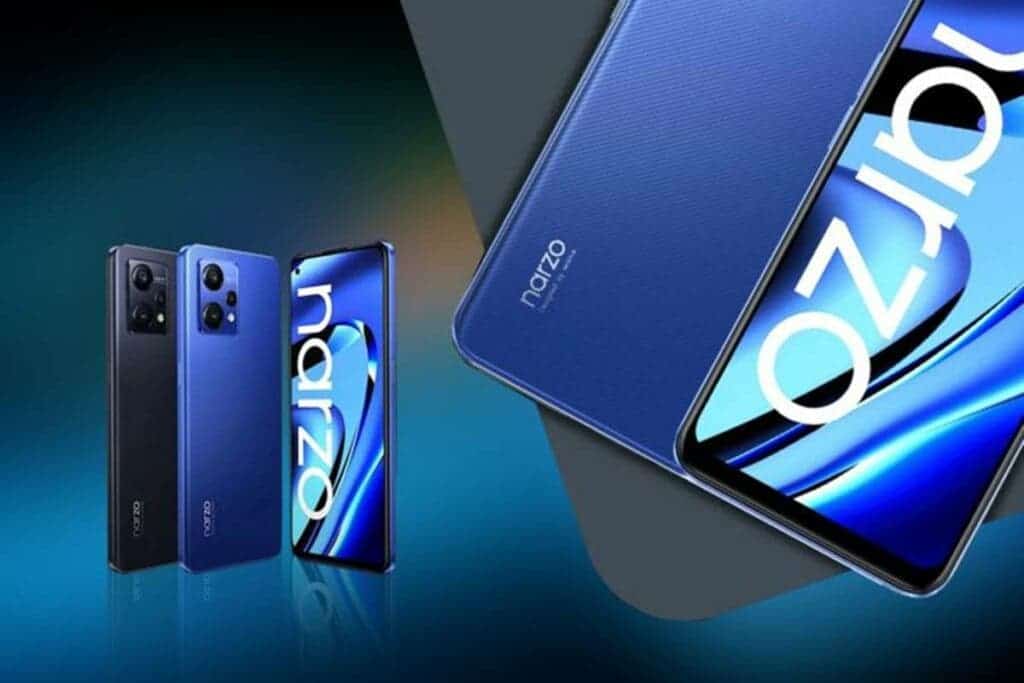 The Narzo 50i Prime will be available in Dark Blue and Mint Green color options. Further, the base model will ship with 3GB of RAM and 32GB of onboard storage. Alternatively, you can go for the 4GB RAM+64GB storage variant. The smartphone could set you back anywhere between INR 7,499 and INR 11,499. Moreover, it will sit between the Narzo 50i and Narzo 50A Prime. Regrettably, the Realme Narzo 50i Prime specifications are still scarce. However, it could turn out to be a budget offering from Realme.

In the meantime, Realme is gearing up to launch the Pad X in India. To recap, the upcoming tablet’s RAM, storage, and colors were tipped earlier this month. The Narzo 50i currently retails for INR 7,499 in India. Likewise, the Realme Nazro 50A Prime has a starting price of INR 11,499, The Narzo 50i Prime is likely to bridge this gap. The company recently launched the GT Neo 3T smartphone in India after teasing it for a long time. So, we can expect Realme Narzo 50i Prime teasers to surface online soon.

Previous Boat Wave Connect Launched In India At Rs. 2,499, Where To Buy