The POCO F4 has been cycling through the rumor mill for several months now. The device set to replace the last year’s POCO F3 is expected with great anticipation, but we’re not sure if the new device will be really an upgrade for those who already own a POCO F3. After multiple leaks and rumors, POCO has finally confirmed the POCO F4 5G launch for June 23. The smartphone’s launch will be live-streamed with the event scheduled to start at 5:30 PM India Time (12 PM UTC). Obviously, the device will also hit global markets soon. As per the rumors, it will be a rebranded Redmi K40S. 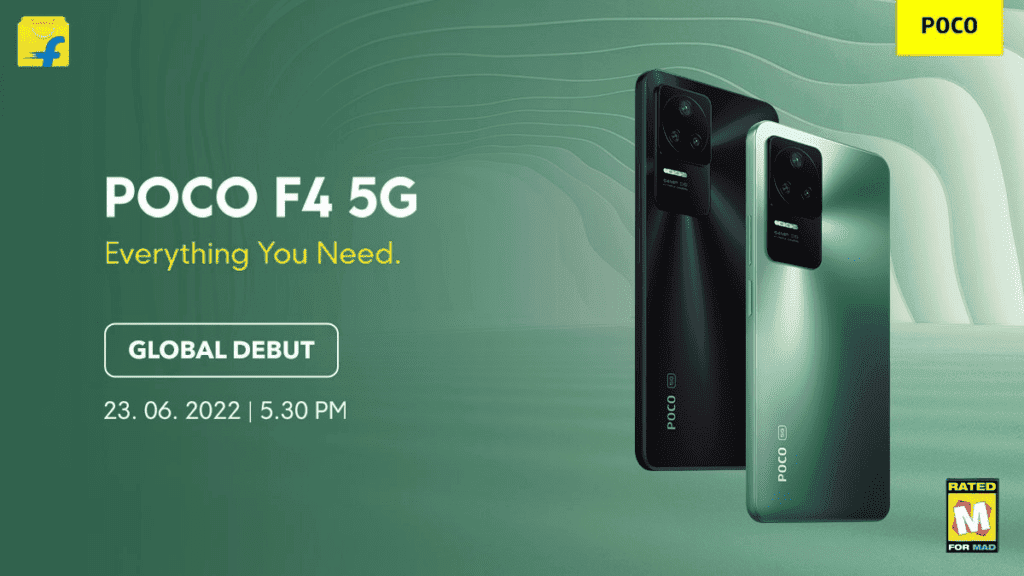 We’re not sure if the POCO F4 5G really stands as a proper upgrade for those who own a POCO F3. After all, the device has similar specifications to last year’s model, besides some new technologies and a bigger display. The POCO F4 5G will pack a 6.67-inch AMOLED screen with Full HD+ resolution and 120 Hz refresh rate. The phone will pack a triple-camera setup, however, as a counterpart to the Redmi K40S, it will bring a 64 MP camera snapper with Optical Image Stabilization. It will still bring an 8 MP ultrawide shooter and a 2 MP macro snapper. The phone has a centered punch hole that serves as a home for the 20 MP shooter.

Under the hood, the Redmi K40S packs the Qualcomm Snapdragon 870 SoC with up to 12 GB of RAM and 256 GB of Internal Storage. The configuration may differ in the POCO F4, but we already know it’s coming with the same Snapdragon 870 SoC. This is the same processor inside the POCO F3, so there won’t be performance increments in the phone. Another similar spec is the battery, the phone comes with a 4,500 mAh battery with 67 W charging. Both these specs could be certainly better, after all, Xiaomi already has 120 W charging for many of its smartphones. In the same way, it could stick with 67 W charging but bring a bigger battery with at least 5,000 mAh. So, between the POCO F3 and POCO F4, there won’t be significant performance and efficiency changes. The only way to make it more attractive is the pricing. It could come at a lower price tag than its predecessor.

Next Samsung Galaxy F13 might be a rebranded Galaxy M13

POCO F4 and X4 GT details and price have been revealed