Today, Bitcoin fell below the $20,000 mark for the first time since December 2020. As of the press time, the cryptocurrency was reported at $19,372.7 per piece. Electric car maker Tesla has lost a fortune on its investment in bitcoin as the price continues to fall. In early 2021, Tesla spent $1.5 billion to buy a large amount of the cryptocurrency. In addition, at Berkshire Hathaway’s shareholder’s meeting this year, Warren Buffett insisted on a sceptical stance on this cryptocurrency. He insisted that he will not buy it, not even willing to spend $25 to buy all the cryptos in the world. 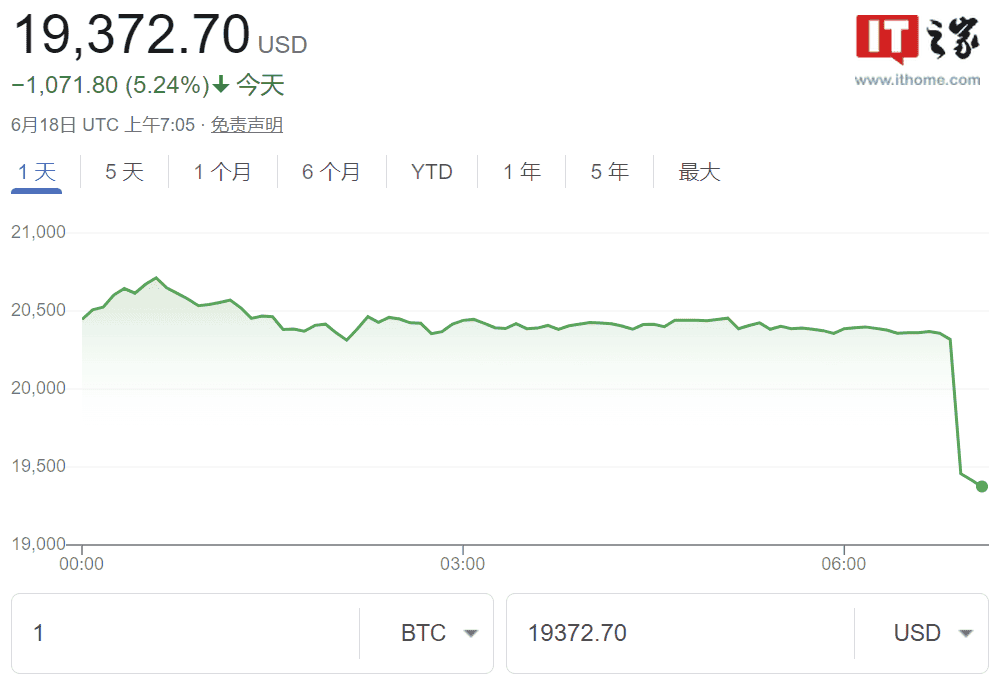 As the price of bitcoin continues to fall, electric car manufacturer, Tesla has lost about $530 million in its investment. The current price of the popular digital currency is $19,372.7, compared to $69,044.77 last November. In 8 months, the cryptocurrency has lost about 70%.

According to relevant data, Tesla currently holds 43,200 bitcoins, worth $968 million. At the moment, its investment in this crypto has cost the company about $530 million. When Tesla reports its second-quarter earnings in July, it should report losses related to its bitcoin investments.

Tesla claims that the purpose of its investment in the cryptocurrency is to diversify sources of liquidity and make asset allocation more flexible. The investment paid off in the first few months of Tesla’s purchase of bitcoin, especially when bitcoin hit an all-time high of $69,044.77 on November 10 last year.

In addition to Tesla, MicroStrategy, a software company led by billionaire Michael Saylor, has also lost a lot of money investing in bitcoin. MicroStrategy currently holds 129,218 bitcoins, with a total purchase price of $3.97 billion, but it has now shrunk to $2.895 billion. The company has recorded a loss of more than $1 billion.

The fintech company Block, led by Jack Dorsey, the founder of Twitter, currently holds 8,027 bitcoins and spent $220 million at the time of the purchase. According to relevant data, this batch of digital assets is now only worth $180 million.

Next Xiaomi Band 7 has shipped more than 1 million units