The Dizo Buds P TWS earbuds could launch in India soon. Other details about the upcoming earbuds have also been tipped. Dizo is a brand by Realme TechLife. It is known for its excellent audio devices. Now, the brand is prepping to launch its new product in India. On Monday, Dizo shed some light on the impending product via a tweet.

In its tweet, the brand revealed that the new Dizo product will have a “P” in its moniker. So, the Twitterverse took to the comments section to share their opinion. It is widely believed that the Dizo Buds P TWS earbuds India launch is on the cards. To recap, Dizo launched the Buds Z Pro in India in January. Also, the original Buds Z had gone official last year. However, Dizo hasn’t revealed the launch date of its new true wireless stereo.

Earlier this week, Dizo shared a teaser for an upcoming product on Twitter. However, the tweet doesn’t specifically mention the Buds P name. Nevertheless, the brand confirms that the product will have a “P” in its moniker. Another report by MySmartPrice has divulged some vital information about the Buds P. The report claims that the Dizo Buds P earbuds will launch in India by the end of this month.

Further, the earbuds could retail for less than INR 2,000. However, Dizo has neither confirmed nor denied these speculations. The alleged Dizo Buds P render suggests that the earbuds will come in a blue color option. Also, it shows a charging case. The earbuds seem to feature a half-in-ear design. Moreover, they will reportedly last up to 40 hours with the charging case. The weight of each earbud could be around 3.5 grams. 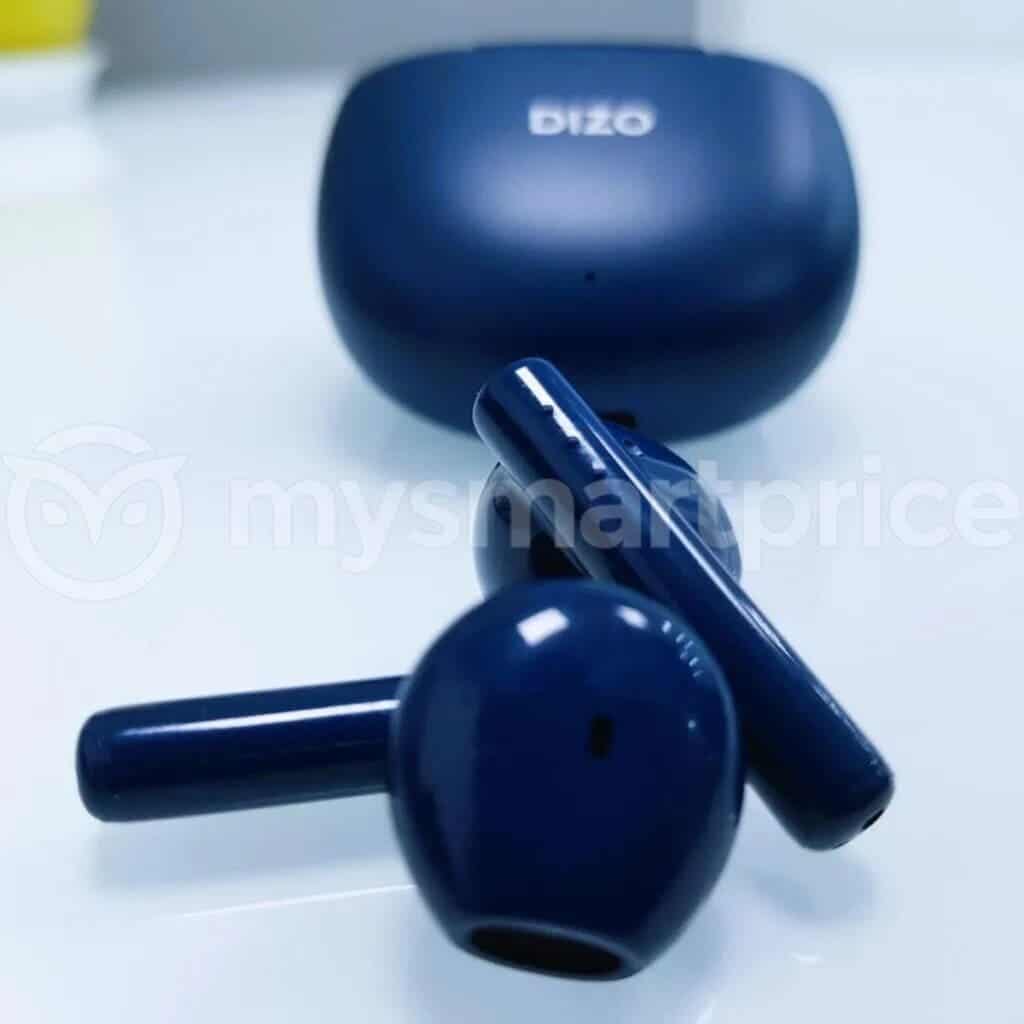 The Dizo Buds P could offer several upgrades over its predecessor. To recall, Dizo has previously launched multiple models under its Dizo Z-series. Moreover, there are several offerings under the GoPods-series, D-series, and Z-Pro series. The recently launched Buds Z Pro carries a price tag of INR 2,299. It also supports ANC (active noise cancellation). The earbuds have a low-latency gaming mode as well. Lastly, Buds Z Pro has a battery life of up to 25 hours.

Previous Fire-Boltt Ninja Bell Launches In India, Get A Notable 70% Off On Flipkart