Carl Pei left OnePlus after a brilliant trajectory in 2020. The reasons weren’t exactly clear at that time, but we soon discovered that the former co-founder wasn’t really happy with the company’s revamped objectives. OnePlus certainly isn’t the same company that once focused on launching only flagships. Pei decided to unveil its company “Nothing” a few months after his departure from OnePlus. At the start, the brand was said to focus on wearables and lifestyle products. However, it suddenly acquired Essential and its patents, and then we knew: The company would eventually launch its smartphone. Pei announced that Nothing Phone (1) is coming soon this year.

At this stage, Pei clarified that the Nothing Phone (1) has the bold objective of being the “true Android rival for the iPhone”. The device will be a flagship and will come with an all-new Nothing OS full of custom settings and solutions. The device will get three years of major Android upgrades and four years of security patches. Last but not least, it will be a premium mid-range powered by a Qualcomm Snapdragon processor. The Nothing Phone (1) is about to make its debut. Ahead of the launch, the popular YouTuber “MKBHD” decide to share some photos of the Nothing Phone (1), and IceUniverse promptly shared these images forward. 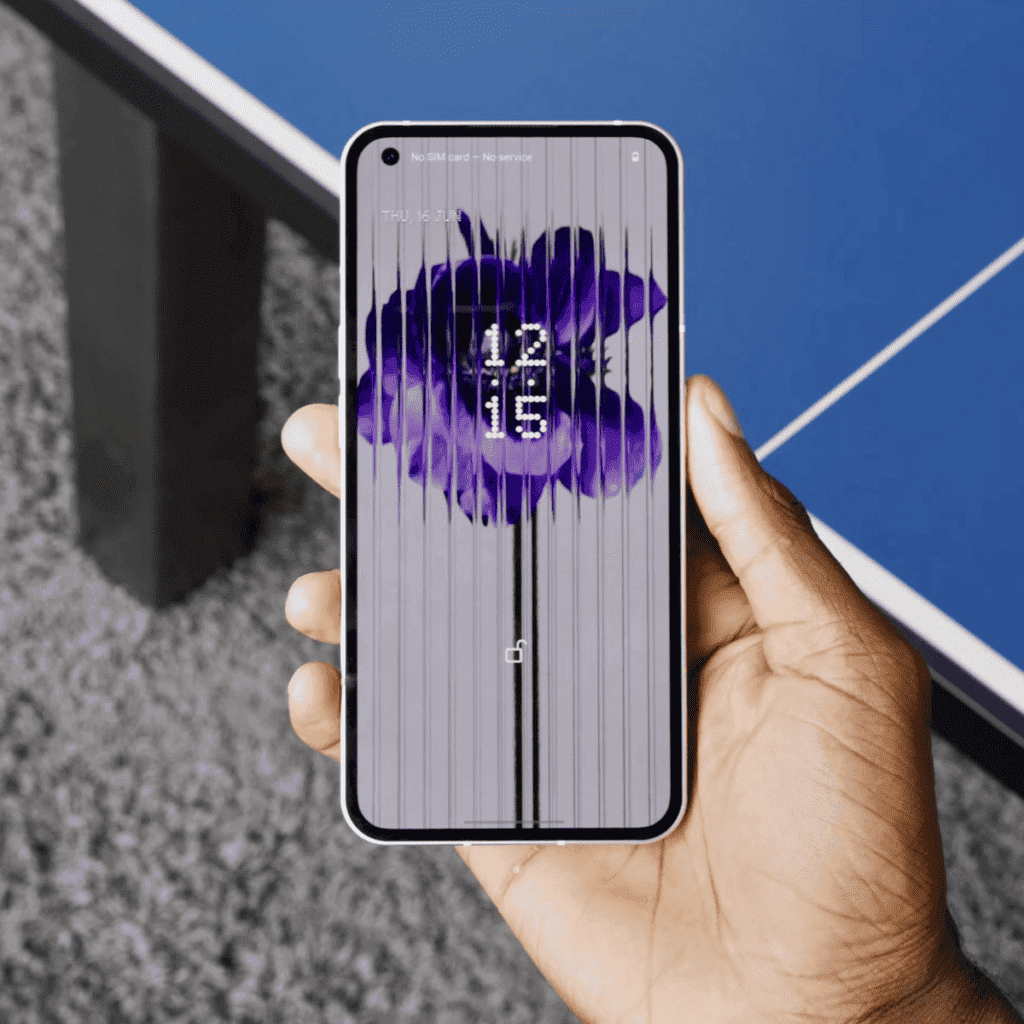 We already saw the Nothing Phone (1) back through a plethora of images. Now we get a cool look at the device’s display with minimalistic bezels and a top-left punch-hole. Of course, lovers of symmetric phones with centered punch-holes will feel bad about this design language.

Unlike previous rumors, the Nothing phone (1) is more a premium mid-range phone than a flagship. The device packs the Qualcomm Snapdragon 7 Gen 1 which is the first 4 nm processor in the mid-range segment but has lower performance. The device flaunts a 6.55-inch OLED screen with Full HD+ resolution and a 90 Hz refresh rate. Its battery capacity will be between 4,500 and 5,000 mAh battery and will charge with 45W fast charging.

The device will be made in India and will hit the market in the next month. Flipkart already revealed some of the phone details.