Samsung India announced that it will launch a new M series mobile phone on July 5. However, the company did not officially announce the specific name of this smartphone. Back in May, the company officially unveiled the Samsung Galaxy M13. Nevertheless, there is no telling which device the company will unveil now. According to the latest report, the Samsung Galaxy M13 5G will feature a 6.5-inch FHD+ LCD screen. Furthermore, this device will be available in blue, brown and green colours. 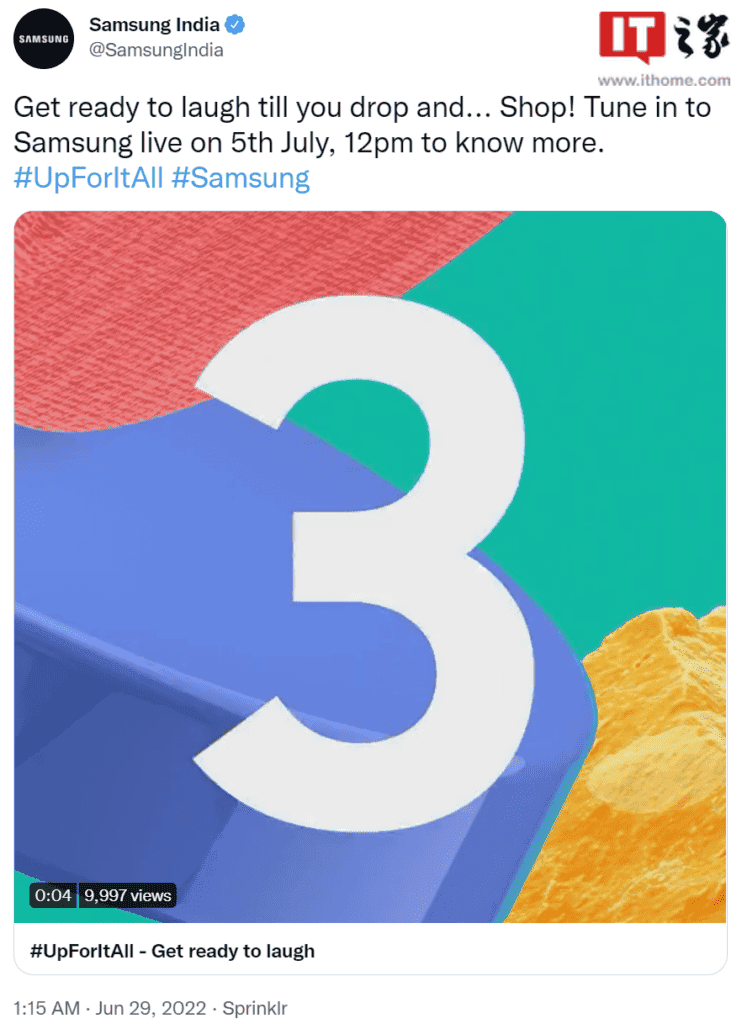 In terms of configuration, the Samsung Galaxy M13 5G will come with a MediaTek Dimensity 700 processor. This device will also use a built-in 5000 mAh battery that supports 15W charging. There will be 6G of RAM and up to 128GB of internal memory. In the camera department, the Samsung Galaxy M13 5G has a front-facing 5MP camera that can meet the needs of selfies and video calls. On the rear, it comes with a dual-camera combination including a 50MP main camera and a 2MP secondary camera.

According to BusinessKorea, Samsung Electronics Vice Chairman, Lee Jae-yong ended his business visit to Europe in mid-June. During this trip, he and ASML discussed the introduction of the next-generation Dutch semiconductor equipment manufacturer. He also had to discuss Extreme Ultraviolet (EUV) lithography equipment. According to the report, Lee Jae-yong met with ASML CEO, Peter Wennink and CTO Martin van den Brink at ASML headquarters in the Netherlands on June 14. Their discussion centres around the introduction of EUV lithography equipment which will enter production this year. The discussion also extends to the plans for next year. The launch of the high numerical aperture (High-NA) EUV lithography equipment has reached an agreement.

Earlier this year, Intel announced that it had signed contracts to buy five of these devices to produce 1.8-nanometer chips by 2025. TSMC also said at the Silicon Valley Technology Symposium on June 16 that it will introduce High-NA EUV lithography equipment into its process for the first time in the world in 2024.