According to MacRumors, Apple has added a new “Test Alert” feature to Beta 3 of iOS 15.6 and iOS 16. The feature is only visible on iPhones that use U.S. carriers and allows users to enable test emergency alerts from the U.S. government, the report claims. Once users turn on Test Alerts, they can receive test emergency alerts on iPhone and Apple Watch. The switch is located in the Settings app under Notifications → Government Alerts and is off by default. Apple claims that the U.S. government is responsible for the content and frequency of test alerts. 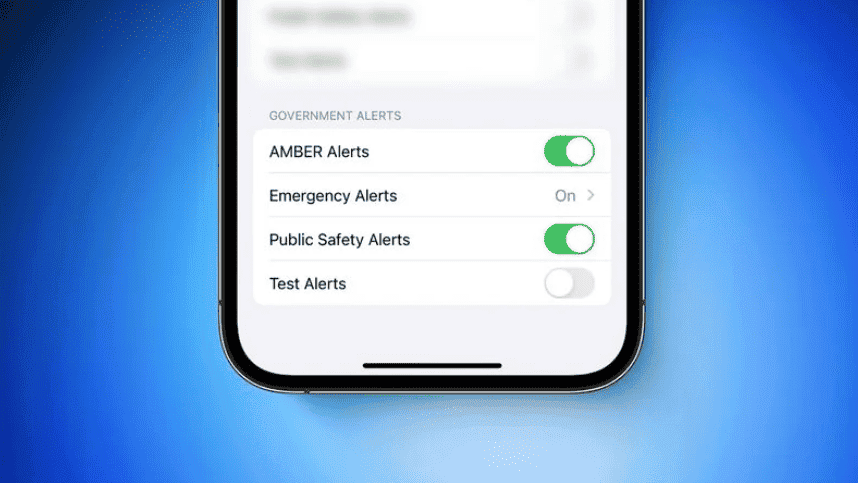 According to Apple, in an emergency, the iPhone may display:

On the one hand, Apple’s shipments in China appear to have rebounded strongly from May (down 9% YoY in May). For example, in the June quarter, shipments improved and are now up about 227%, although Vogt points out that this is based on a simple comparison.

So far this quarter, Apple’s iPhone shipments have grown 25% year-over-year despite macroeconomic headwinds such as the coronavirus lockdown and broader supply chain issues. Overall smartphone shipments in China fell by about 12% year-on-year, mainly due to the COVID-19 lockdown in April and May.

Vogt now estimates that the iPhone’s share of the Chinese market has grown larger, at 11.4%, thanks to the growth in Apple’s smartphone shipments.

Previous 5 Best Tablets In Singapore That Don't Cost A Bomb But Are The Bomb!