Motorola probably is quite busy with the release of the Moto Edge X30 Pro and Moto RAZR 2022. However, this can’t prevent the company from introducing new devices in the mid and low-end market categories. After all, the Moto G-series is what keeps the company’s successful position in certain markets. Today, the company is introducing a new budget model dubbed Moto G32. The device hits some European markets first with an MSRP of €210. The phone will also roll out to India and Latin America “in the coming weeks”.

Curiously, the device brings a spec that a bunch of other devices in the Moto G-series have. For instance, the G42 and G52, all bring the Snapdragon 680. The Moto G32 brings the very same processor, which seems to be Qualcomm’s only offer for budget devices with 4G connectivity. The processor is not about performance, it’s more a Snapdragon 662 with a modern 6nm manufacturing process. The Moto G32 draws its powers from a 5,000 mAh battery capacity and supports 30 W fast charging. It’s a decent combination for a budget smartphone. Especially for Motorola, which took eons to implement proper fast-charging on its smartphones. 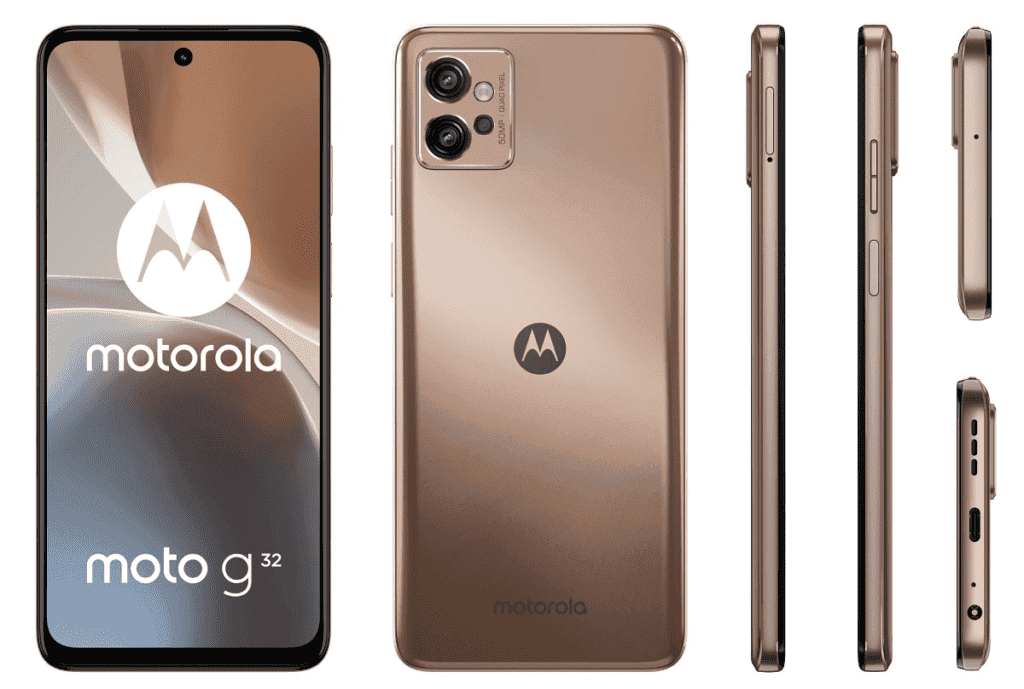 In terms of optics, the Moto G32 has a triple-camera array. There is a 50 MP main camera, an 8 MP ultrawide shooter, and a 2 MP macro module on the back. Moreover, for selfies and video calls, the phone has a 16 MP snapper with a Quad Bayer filter. The video capture is limited to 1080p at 30 fps resolution.

The G32 comes in single and dual-SIM flavors. That’s not a common option nowadays when most companies tend to be always dual-SIM capable. Anyway, both variants bring a micro SD card slot with a dedicated slot. The phone has dual-band Wi-Fi 5, Bluetooth 5.2, and NFC. The USB Type-C port is wired only for 2.0 speeds.