While Android 13 should soon arrive on our smartphones, Google reveals the deployment rate of previous versions of its operating system. Android 12 thus monopolizes only 13.3% of compatible devices, far behind previous versions. As often, the latest updates struggle to find their audience.

Android 13 is coming next month. A great opportunity therefore to take stock of Android 12, which arrived on our smartphones a year ago. This is good since Google recently updated its deployment figures for the different versions of its operating system. At the beginning of August, therefore, Android 12 was installed on 13.3% of compatible devices. Currently, Android 11 is available on 27% of compatible devices.

The truth is that even earlier versions are more popular than Android 12. So, Android 10 peaks at 22.3% installs, while Android 9 is also above it with 14.5% installs. However, this is not really surprising. Indeed, the latest versions of the operating system traditionally lag behind their predecessors.

Android 12 is running on only 13.3% of smartphones, even Android 9 does better 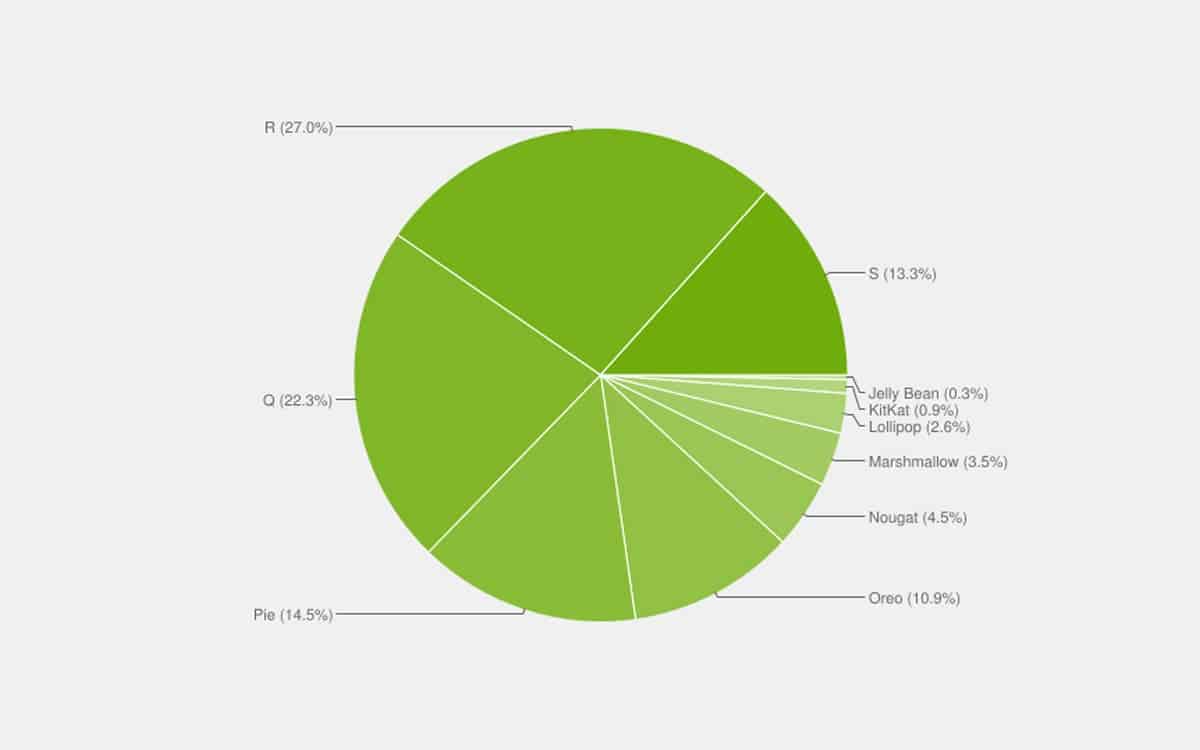 Thus, last April, Android 12 was running only on 2.6% of devices. Even though it had already been several months since its official launch had passed. These figures are due to two things. First, if the latest Android updates are available directly on Pixels, this is not necessarily the case on smartphones from other manufacturers, which sometimes have to wait several months before being able to offer them to their users with their own overlay.

Added to this is the reluctance of many users, many of whom keep their smartphone for several years, for fear of experiencing bugs or slowdowns in their device by installing the latest version. Thus, the delay of Android 12 compared to its predecessors was predictable, and its rise in just a few months is on the contrary very encouraging for the future, especially at the dawn of the arrival of Android 13.

Finally, it should be noted that in the graph below, 0.2% of the devices are missing, a difference which can be justified by the absence of information concerning the deployment of Android 12 L.

Previous Microsoft: the PS4 sold twice as much as the Xbox One consoles

Next Elon Musk: Tesla robots will be able to cook and care for the elderly