Realme is gearing up to introduce a new mid-range contender for the Realme 9 series. The new device will hit the market on August 18 carrying the Realme 9i 5G moniker. Ahead of the event, Realme is confirming some of the phone’s tidbits through the usual wave of leaks. For instance, we already know it comes with the MediaTek Dimensity 810 SoC. Now, the company is confirming a 90 Hz refresh rate with a 180 Hz touch sampling rate.

Realme 9i 5G – more specs have been teased 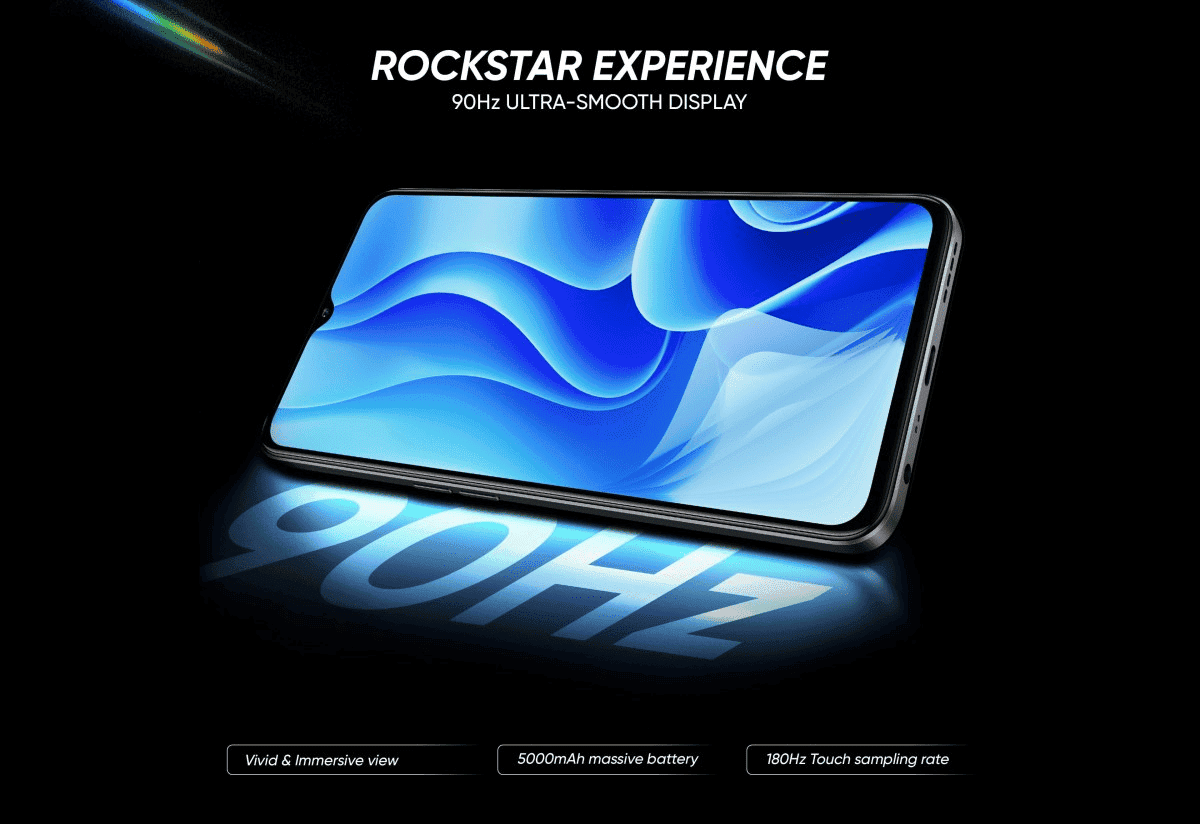 Given the mid-range nature, the Realme 9i 5G will likely pack an LCD screen. It’s a notched panel and we can bet on a Full HD+ resolution with around 2,400 x 1,080 pixels. As per the leaks, this is a 6.6-inch panel. Worth noting that the leaks also suggest an 8 MP camera inside of the notch. In terms of cameras, the device will also bring a 50 MP main camera. However, that’s the only one that really deserves our attention. The device has the usual “decorative” combo of 2 MP cameras for macro and depth sensing. These may be useful in some scenarios, but at the end of the day, just a few users are using this constantly. Unfortunately, there is no ultrawide snapper for the “groupies”.

In addition to the screen details, Realme also confirmed a 5,000 mAh battery for the Realme 9i 5G. That’s the usual capacity for budget smartphones nowadays. As per the leaks, the phone will charge at an 18 W charging rate, which seems to be the norm for budget devices. It could be better, for sure, but thankfully it’s not on the dreadful 15W and 10W territory. Obviously, the Realme 9i 5G charges through a USB Type-C port.

The Realme 9i 5G will run Android 12-based Realme UI 3.0. However, that’s not a big surprise, especially now that Android 13 is already out. The Realme 9i 5G will come in two memory configurations – 4GB with 64 GB of Storage, and 6 GB with 128 GB storage variants. As per the teasers, the device will come in Gold and Black colorways. The company teases it with a “Rockstar Design” and as the “thinnest” device in the segment with 8.1 mm. We don’t know if this claim is really accurate, however.