The Google Chrome extension ‘Internet Download Manager,’ which has been got over 200,000 installations by users, contains adware. According to the earliest user evaluations, the extension has been available on the Chrome Web Store since at least June 2019.

Although the extension may install a known and legitimate download manager program, BleepingComputer observed the extension engaging in unwanted behavior such as opening links to spam sites, changing the default browser search engine, and tracking the user with pop-ups requesting the installation of unwanted programs.

The extension makes a tenfold boost in browser download speed as an incentive for consumers to download it. It is really an imitation of genuine software that has got support on Windows since at least June 2019. And we also know as Internet Download Manager. IDM Integration Module is the name of the Chrome and Firefox extensions for this software. 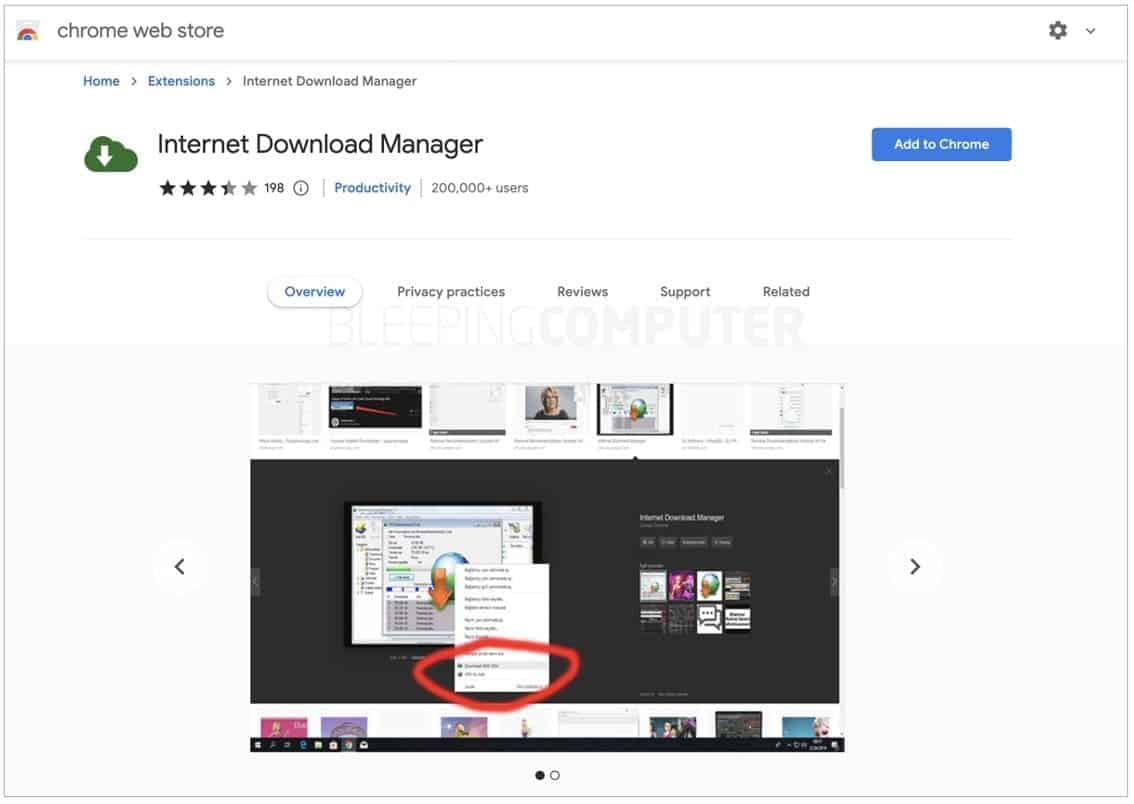 The publisher of the real Internet Download Manager, Tonec, alerts users on the website dedicated to that program that “all IDM extensions that can be found in the Google Store are fake and should not be used,” acknowledging that its software reputation is being used for malicious ends. In response to a query from the publication Bleeping Computer, Tonec states that while it alerts Google on a regular basis, the fake variants reappear shortly after.

Because installing the extension from the Chrome store is not enough to make the virus active. Advanced users are unlikely to fall for it. Installing a straightforward browser extension involves some unique manipulation. Which consists of downloading a.zip archive and launching an executable program from it. The experience on Chrome will subsequently significantly change. Due to the JavaScript code that may then exexute, as previously was the case. Hackers frequently use Chrome extensions to transmit malware.

Previous How to Transfer Your Data from Windows PC to Mac