According to the new report, the Oppo A57e is a new budget smartphone targeting the budget segment. The device will cost under INR 15,000 in India, and in fact, the new report suggests a price tag of INR 13,999 which is just about $175. The phone’s pricing g will be similar to the Oppo A57. In fact, even the design matches Oppo’s recently-released budget smartphone. So what is really the point of this release? To keep the market heated, probably. 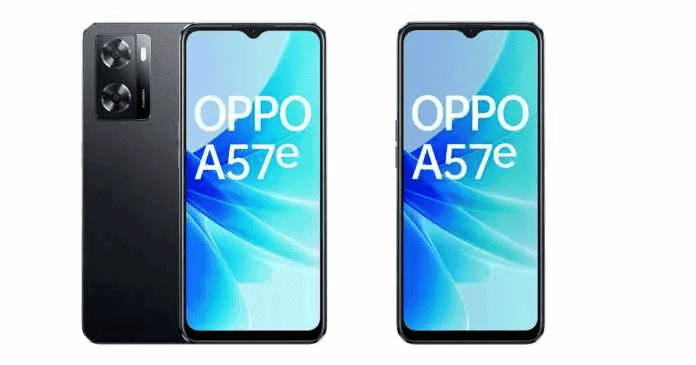 According to the design renders, the Oppo A57e will bring a very mid-range-esque design. Furthermore, it has a thick chin bezel that sits below the display. The Oppo A57e also comes with the volume keys on the left frame, whereas the power button is located on the right side. There is no visible fingerprint scanner, so we assume it doubles as a power button. The phone has a large rectangle at the back comprising two big holes. It’s a dual camera setup with a 13 MP main snapper, and a second 2 MP depth sensor. There is also a LED flash to help in dark environments. For selfies and video calls, the phone will likely bring an 8 MP camera.

The Oppo A57e presumably has a 6.56-inch HD+ screen with a 60 Hz refresh rate. The phone will likely pack a 5,000 mAh battery with 33 W fast charging, considering other specs. Unfortunately, the chipset remains a mystery, but we’re expecting something that will make this device different. Otherwise, this would be a very confusing launch.

Worth noting that the company is also planning an Oppo A17 for release in India.

Previous Tesla must not ban employees from wearing union T-shirts

Next How To Install Android 13 GApps On Your Smartphone