Regrettably, the Poco M5s might not hit the store shelves in India. To recap, Poco India hinted at the imminent debut of the Poco M5 4G smartphone via a tweet last month. Now, the company is teasing the key specs and design of the M5 and the M5s ahead of launch. A report by 91mobiles gives us a glimpse into the Poco M5 and the M5s smartphones’ outward appearance in the form of leaked design renders.

According to the leaked images, the M5 and the M5s will be available in three color options. The M5 will target budget-conscious buyers. Notably, the Poco M5 smartphone’s India launch is set for September 5. Also, the Poco M5 will reportedly carry a price tag of under INR 13,000 in the Indian market. The handset will adopt a dual-tone rear panel design. Furthermore, Poco has revealed that the phone’s back will sport a leather-like finish. 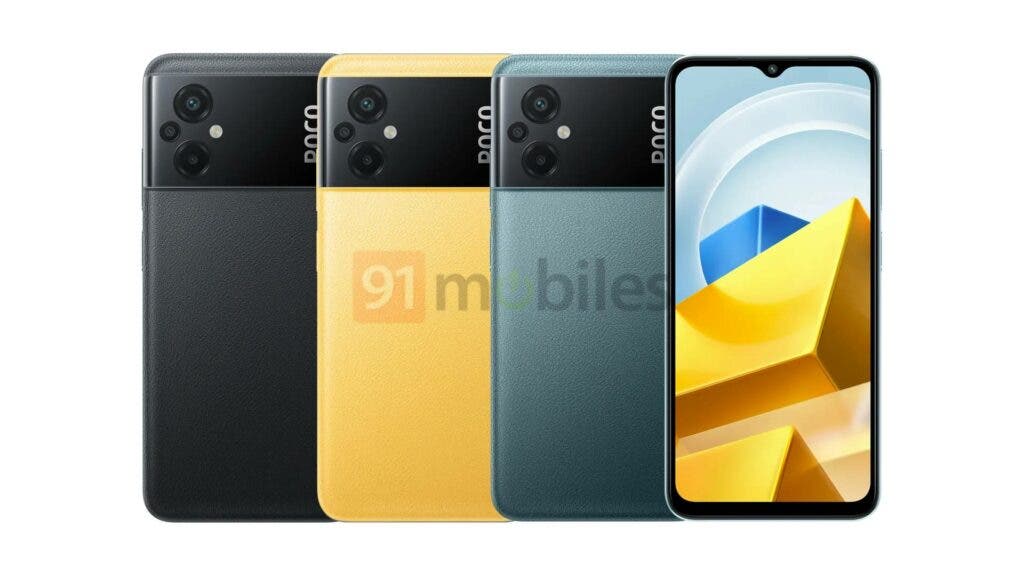 On the photography front, the M5 will house three rear-mounted cameras. Also, the right edge features the Poco branding. Moreover, there’s a water-drop notch on the display for the selfie camera. Under the hood, the M5 will pack a MediaTek Helio G99 SoC. An earlier report suggests that Poco is gearing up to launch an Helio G99-powered smartphone in India. Also, the report claims that the device will have faux leather on the device. This could be the Poco M5.

The smartphone will come with a 6.58-inch IPS LCD that offers Full HD+ resolution and a 90Hz refresh rate. Regrettably, Poco has kept most of the key specs under wraps. Nevertheless, past leaks suggest that the Poco M5 will draw its juices from a 5000mAh battery that supports 33W fast charging. Also, the phone will reportedly feature a 50MP primary sensor on the back. According to 91mobiles, the M5 will be available in Black, Green, and Yellow color options.

The phone will reportedly carry a starting price of EUR 189 (about INR 15,000). For this price, you will get the 4GB RAM+64GB storage model. Alternatively, you can go for a 4GB RAM+128GB storage variant if you are willing to shell out EUR 209 (about INR 16,600). Notably, the camera setup of the M5s is very similar to the camera module design of the Redmi Note 10S. The handset has four cameras on the back. 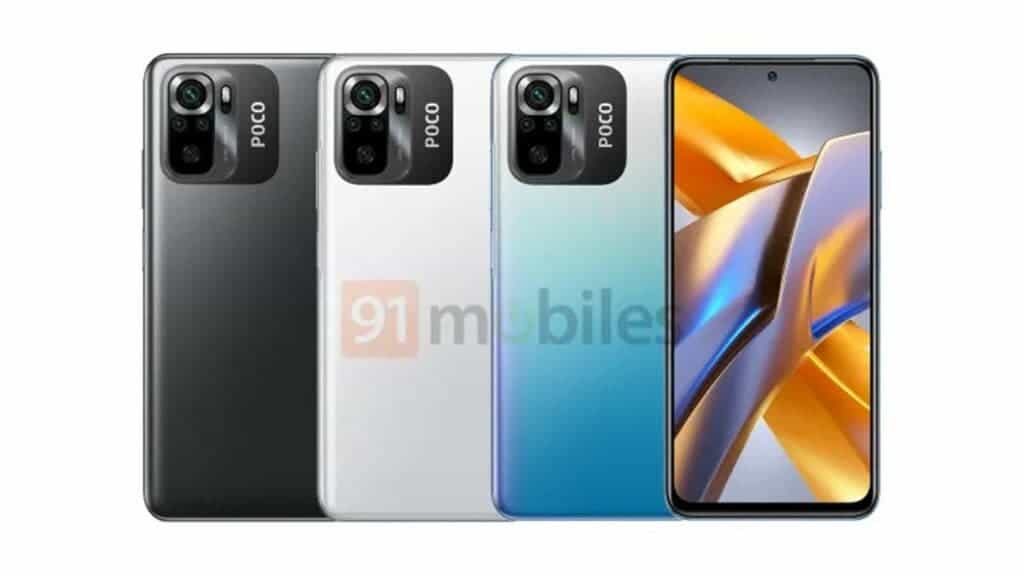 The word on the street is that the M5s will come with a 64MP main camera. Also, it is likely to get an 8MP ultrawide and two 2MP sensors on the back. The phone will come in White, Blue, and Black colors. It will reportedly sport a 6.43-inch AMOLED display that delivers a Full HD+ resolution. Furthermore, the phone could get a MediaTek Helio G95 SoC, and a 5000mAh battery with 33W fast charging.