POCO made its name with the release of Pocophone F1 way back in 2018. However, the company has not been the most trending brand in Xiaomi’s portfolio. The company lost much of its “surprise” factor since most of its devices are rebranded by Xiaomi or Mi smartphones. The POCO X3 series was basically the last original lineup to make a buzz. The recently released POCO X4 Pro didn’t bring the same impact as its predecessor, much to the lack of “affordable flagship” appeal. The company seems to be moving away from the “flagship killer” segment that made its name focus more on budget devices. Nowadays, there are a couple of budget devices coming under the POCO brand. Now, a new budget POCO smartphone seems to be coming with the Helio G99 SoC.

The POCO Indian branch has shared an image on Twitter teasing a new M-series smartphone. The particular device will pack the MediaTek Helio G99 chipset. Unfortunately, POCO didn’t reveal the name of this smartphone yet. However, the image shared by the company suggests some sort of leather finish on the back panel. Obviously, it will be faux leather, and due to the cost-effective appeal, this POCO smartphone may actually be made of plastic. 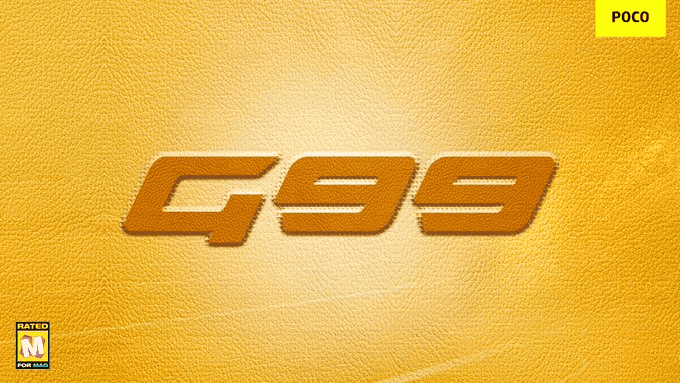 The teaser clearly hints at a POCO Yellow variant for this mysterious POCO smartphone. The yellow colorway has been a signature color since the days of the POCO M3. Unfortunately, there is no hint at this device’s identity right now. POCO unleashed the POCO M4 series a while ago, so we won’t discard this as the first device under a newer POCO M5 series. This is just speculation, right now. After all, the device can just be another variant for the existing M4 series. Xiaomi loves launching multiple variants, and POCO is not an exception. Anyway, there are already some reports about the POCO M5 series.

If you’re curious about the SoC powering the new POCO smartphone, the Helio G99 is one of the latest 4G SoCs from MediaTek. The chipset brings the usual Helio G9x architecture to 2022. After years of sticking with 12 nm for its mid-range SoC, MediaTek’s Helio G99 was made on a modern 6 nm manufacturing process from TSMC. The SoC brings the usual 2 x ARM Cortex-A76 cores clocked at up to 2.2 GHz plus 6 x ARM Cortex-A55 cores at up to 2.0 GHz. For graphical tasks, the GPU is a Mali-G57. The processor also can handle high-refresh-rate displays, something that was only available with the Helio G96 the last year. Unfortunately, it’s still a 4G-only chipset.

Previous PlayStation 5 DualSense Edge Controller Unveiled, You Can Now Play Like A Pro