American electric car manufacturer, Tesla, has been in the news for multiple reasons. If you are interested in Tesla news from Canada, Norway and Singapore, here are the latest reports from these regions regarding Tesla.

Read Also: How hard is it for Tesla to sell 20 million cars a year?

Tesla plans to hire a lot of employees in Montreal, Canada

At Tesla’s annual meeting on August 4, Tesla CEO Elon Musk said that Tesla may announce new factory plans this year. According to him, the company’s target, for now, is to have 10 to 12 mega factories. As reported by TESLARATI today, Twitter user Alex Oha discovered that Tesla is hiring HR in Montreal, Canada, who will be responsible for a large number of recruits. 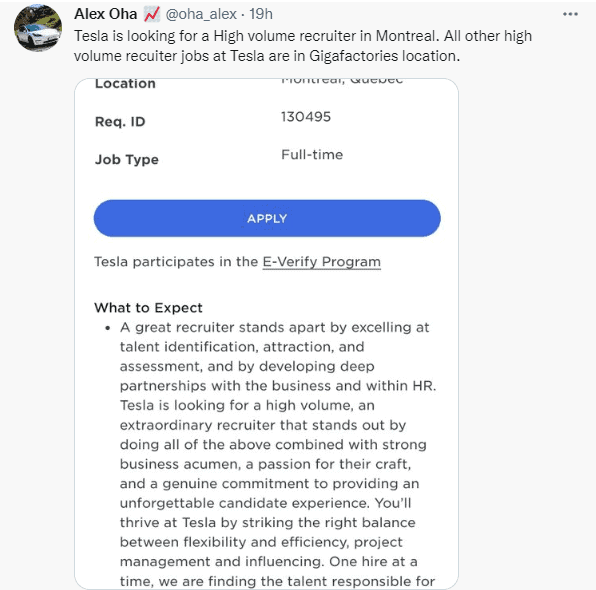 Unlike general HR, Tesla only recruits such HR in places where gigafactories are already available. The company has such HR in Texas in the United States and Berlin in Germany. Therefore, this implies that Tesla will build a new Gigafactory in Montreal, Canada. 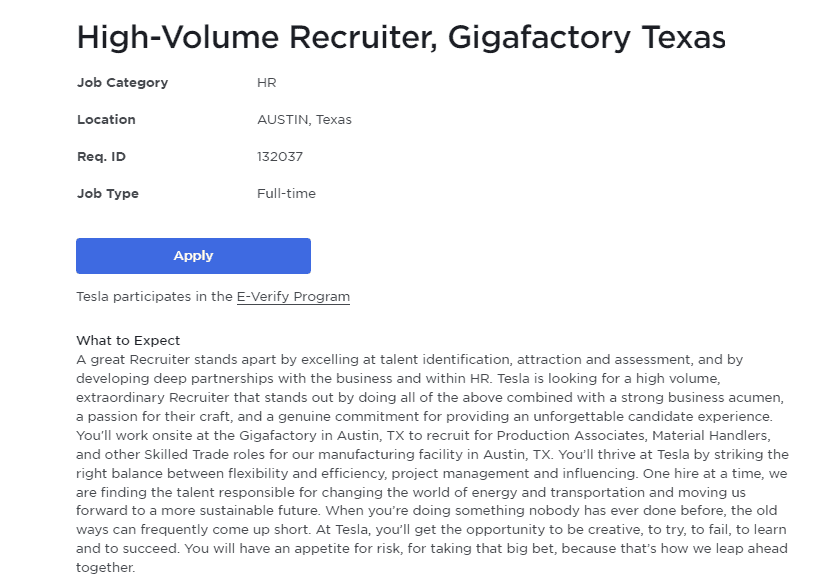 The report reveals that Tesla’s documents at the Ontario Integrity Commissioner’s Office show that Tesla is lobbying the provincial government to “identify opportunities for industrial facility licensing reform”. In the past 6 months, Tesla has communicated with the Canadian government four times, and Canada’s Minister of Science and Economic Development François-Philippe Champagne visited a Tesla factory in August this year. Elon Musk has hinted that he prefers Canada for the location of the new factory. “We have a lot of Canadians, I’m half-Canadian, maybe I should (build a factory in Canada)?” he told shareholders at Tesla’s annual meeting.

The owners have also set up a website where they point out that if Elon Musk knew about the troubles of Tesla owners in Norway, he would fix them. According to this group of disgruntled Tesla owners, their cars have a ton of problems. Owners cited 29 issues, ranging from cold weather issues, and build quality issues, to poor communication with owners, as follows: 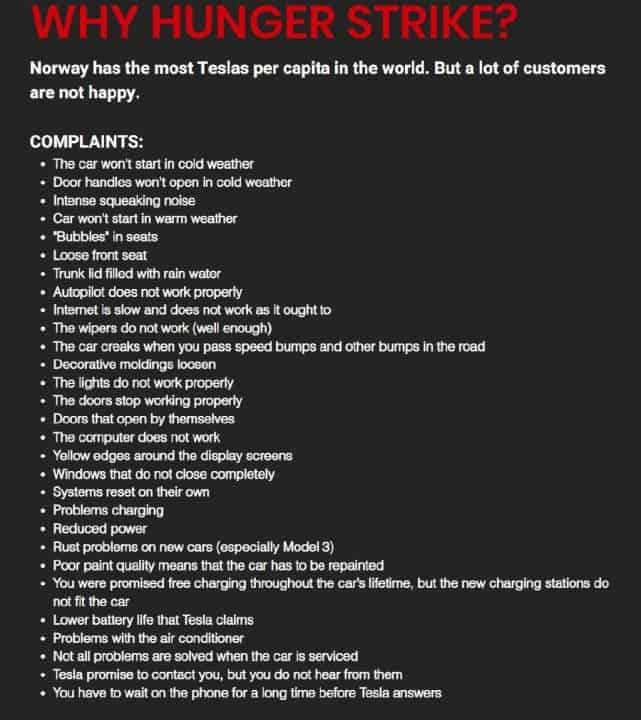 Erlend Mørc, a non-Tesla owner who launched a hunger strike on behalf of Tesla owners, said he hopes Tesla will listen carefully to the voices of owners, otherwise competitors may catch up. Mørc adds that 17 people participated in the hunger strike, which lasted 24 hours between August 27 and August 28, 2022.

It is worth mentioning that Musk himself, like Tesla officials, has no position on this, and even posted a tweet, which translates as “On advice of a good friend, I’ve been fasting periodically & feel healthier”.  Musk himself is indeed losing weight recently, so it is difficult for the outside world to tell whether this tweet is about a hunger strike for Norwegian car owners or simply sharing his weight loss experience.

Potential users of the Model Y in Singapore can start expecting their cars to arrive soon. According to reports, Tesla’s Shanghai Gigafactory completed the production line upgrade, and the production speed of Tesla’s electric vehicles has greatly increased. As production ramped up, Tesla began delivering new cars in more countries and regions. Tesla’s pure electric SUV Model Y has begun deliveries in Singapore, TESLARATI reported yesterday. In June of this year, the company opened pre-orders for the Tesla Model Y in Singapore, Japan, Australia and New Zealand, and will soon start delivering the new car. According to reports, the Model Y in Singapore is produced by the Shanghai Gigafactory. Tesla is currently exhibiting the model at ION Orchard, a shopping mall in Singapore. Last year, as Model 3 deliveries began in Singapore, the company began installing infrastructure such as Superchargers in Singapore. Tesla will deliver 936,200 vehicles globally in 2021, of which Tesla China will deliver a total of 484,100 vehicles. This means that the Shanghai Gigafactory will contribute more than 50% of the output.

Previous How to train an AI driver from scratch?