Infinix may be in the spotlight with the launch of the Infinix Zero 20, and due to its upcoming 180W charging smartphone. However, Tecno is also another relevant company under the Transsion group’s wings. The brand also wants to prove itself to global customers and has been making decent phones such as the Tecno Camon 19 Pro. Now, the company seems to be preparing a new handset dubbed Tecno Phantom X2.

Back in April, Tecno unveiled the Tecno Phantom X. Apparently, this phone’s successor is coming pretty soon. While the old phone is a 4G device, the upcoming Tecno Phantom X2 will bring 5G connectivity. Back in July, the Eurasian Economic Commission (EEC) certified Tecno phones with model numbers AD8 and AD9. The ECC listings reveal that these devices will launch as Tecno Phantom X2 5G and Phantom X2 Pro 5G monikers. 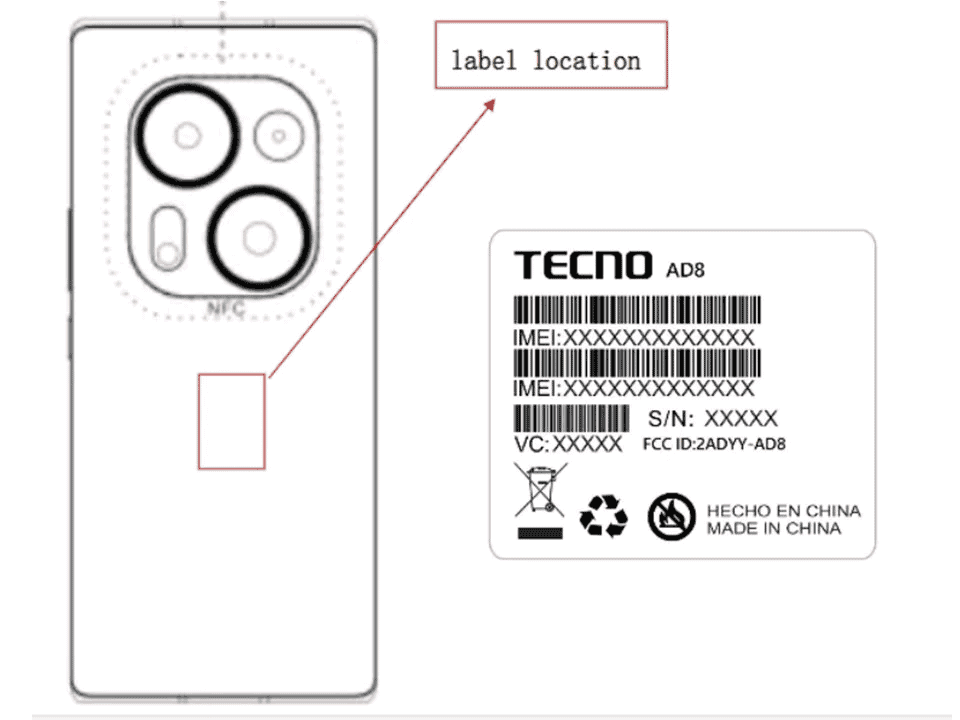 Now, the vanilla Tecno Phantom X2 5G passed the FCC certification. It brings some key details about the phone along with schematics. These schematics reveal a massive camera module. It houses at least three cameras and an LED flash unit. The phone has three cameras, and two are huge. The camera also has an LED flash placed at the bottom-left corner of the camera module. It also has an autofocus laser unit. Last but not least, the image also confirms NFC connectivity.

The FCC listing also reveals that the Tecno Phantom X2 5G packs a huge 5,040 mAh battery. Apparently, the device will come with a 45W fast charger. Interestingly, charging speed is becoming a standard for Tecno and Infinix mid-range phones. However, the companies also have higher 180W charging and also 120W charging. 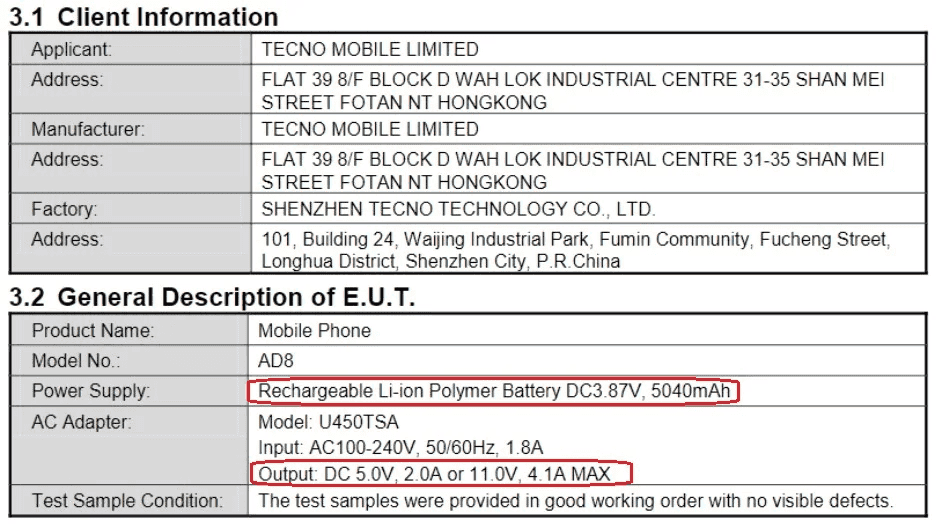