Apple is one of the most expensive brands in the world. The company has customers with strong loyalty. It appears that Apple is now trying to take advantage of this loyalty. Citing environmental protection, Apple removed the charger from the iPhone box. However, the company sells chargers separately and makes more money. Today, Apple launched the new 2022 Apple TV 4K. This TV does not include the charging cable for the Siri remote when it ships. This will force users to buy it separately. Previous Apple TV models include a Lightning cable in the box for charging the remote. 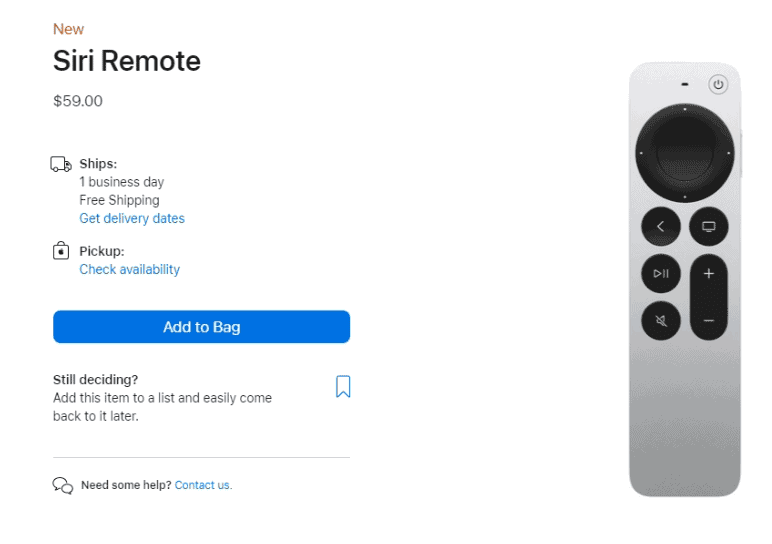 The new Siri Remote announced today comes with a USB Type-C port for charging. This is different from the regular Lightning port. However, the new Apple TV 4K doesn’t come with a USB Type-C cable in the box. Apple also no longer includes a charging cable when the Siri Remote needs to be purchased separately for $59 through its online store. Apple today started selling a 1-meter USB Type-C cable with a braided design for $19.

After removing the charger from the iPhone box, the iPhone still ships with a Lightning to USB Type-C cable. So at least, the device can be charged with a Mac or other device. The Siri Remote no longer comes with any charging accessories.

The new TV 4K is available to order starting today and will be available in the US and more than 30 other countries on Friday, November 4th. The main new features of the device include the A15 bionic chip, support for HDR10+, starting at $129, up to 128GB of storage space, a thinner and lighter fanless design, and an updated Siri remote device. It should be noted that the new Apple TV 4K package still includes a charging cable in Brazil. Even the iPhone 12 and 13 series sell with a charger in Brazil.