Back on October 12, Samsung disclosed details about its plans for One UI during its annual developer’s conference. The event was mostly focused on One UI 5 and the features coming with it. The company also took the opportunity to reveal when the flagship Galaxy S22 series will get the stable Android 13 branch. Until the end of October, the update will reach the 2022 flagships. Interestingly, during the event, one Samsung executive revealed an interesting detail about One UI 6. The next version may introduce seamless updates.

The Vice President at Samsung Electronics and the in-charge of One UI development, Hyesoon (Sally) Jeong, gave interesting details to Android Authority. According to him, the company is planning to roll out the stable One UI 5.0 update to almost all of its compatible flagships before the end of 2022. That means that most of the eligible smartphones, including those in the Galaxy S20, and S21 series may get the update soon. That also covers the eligible foldables. She has some good news about One UI 6.

Furthermore, Sally confirmed the One UI Team is working to bring seamless updates. It may actually come with the rollout of One UI 6 next year. As you can imagine, One UI 6 is the next version and will be based on a probable Android 14. So far none of the Galaxy smartphones feature Seamless Updates. But that needs to change, as Google is almost making it a requirement with Android 13. Without seamless updates, Samsung phones need to reboot into maintenance mode for the update installation. That means you wait for 5, 10, or even 20 minutes before using the device. The arrival of seamless updates will allow the phone to install the update in the background and reboot only when it’s done.

The revolution that comes with One UI 6

It’s just a matter of time until Google decides to make this a requirement for all Android phones. So, Samsung is already preparing for imminent change. Samsung has been establishing its name among the most reliable brands when it comes to software support. Once One UI 6 arrives with seamless updates, then it will offer one more advantage to its users. After establishing a solid update plan for its Galaxy phones, Samsung will make the experience even better with this. However, we also expect many other improvements to come with One UI 6. 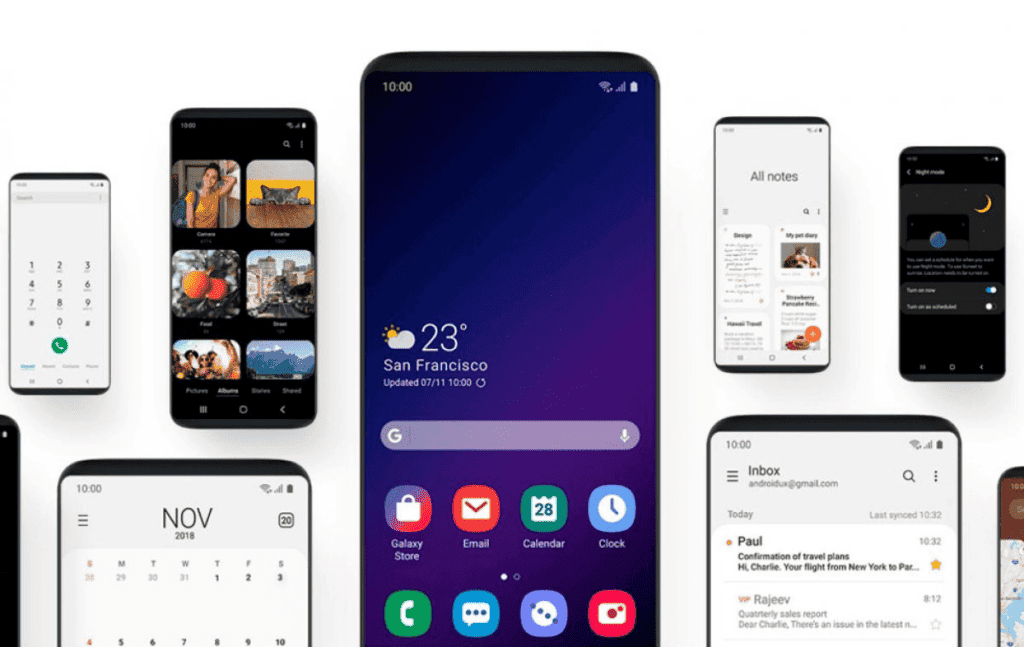 Since One UI 4 and 5 are not taking massive departures in terms of design, we expect One UI 6 to make bold changes in UI. Of course, even Android 14 may tweak the appearance. After all, Google has been changing the design of its OS with every two version updates. After the changes introduced with Android 12, the company improved the experience with Android 13. We expect the company to change things further with Android 14. Samsung will likely adapt to these changes, and offer something more to those who are also picking a Galaxy smartphone for the software experience.

Don’t expect One UI on other devices

The executive also denied some rumors pointing to One UI on other devices. The rumors have been pointing to the skin on Chromebooks and TVs. However, she states that “there are no plans for One UI to come to other products”. One UI will remain a thing of Samsung smartphones and tablets, and apparently, One UI 6 will not change that. 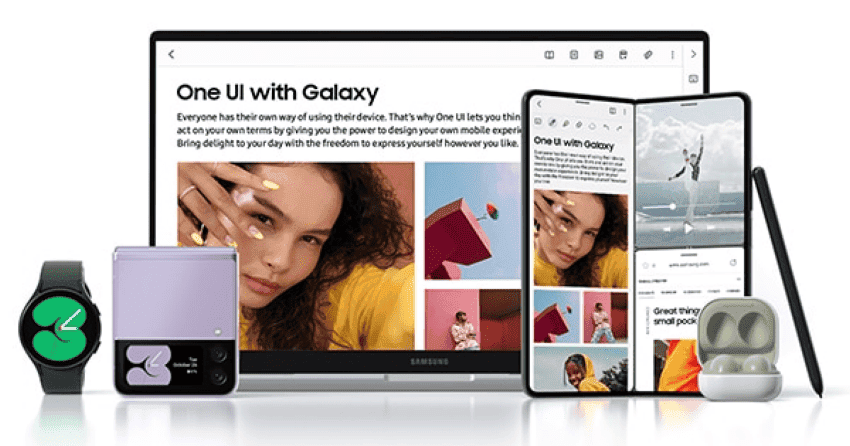 There is a Galaxy Launcher with One UI icons for some Samsung computers. However, we don’t expect the company to go beyond this in terms of One UI expansion. Apparently, Samsung wants to keep its focus on smartphones. One UI 6 will not be an exception.

As per the company, the stable One UI 5 will start reaching the Galaxy S22 series at the end of October. Other flagships may get it until December this year. We expect the company to expand the rollout to eligible mid-range phones in January next year. As far as One UI 6 is concerned, we’re still one year away from it. We expect an announcement in the mid of 2023, after the Android 14 reveal.

Previous Honor 80 and 80 SE specs have been tipped

Next Google Pixel 7a Family launches soon according to Amazon