This Halloween, trick-or-treaters can fill their bags with more than free candy. BLUETTI, as a portable power station leader, decided to give us a “Boo” before we become power-starved or our houses are haunted by blackouts. From up to $700 discount and $299 freebie, BLUETTI offers a slew of special deals for power generators, batteries and solar panels from this October 20th to November 5th.

There’s nothing more horrible than an outage, while having fun with friends at home or at an open-air party. With BLUETTI, the ghost of panic and upset never seizes you! 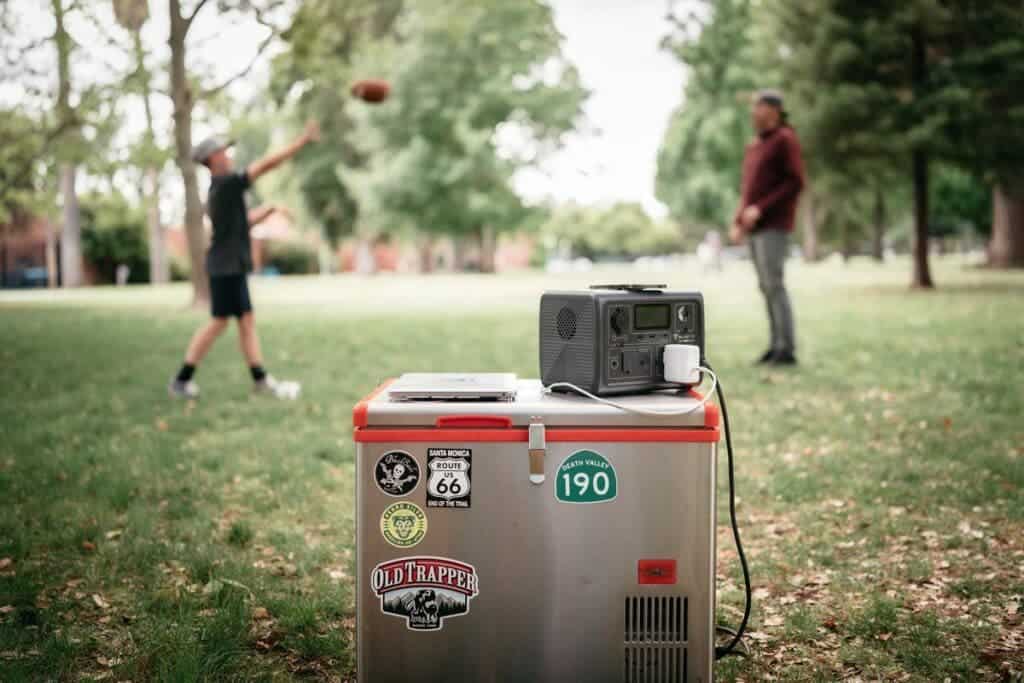 As one of BLUETTI’s compact solar generators, the EB3A weighs only about 10 pounds and can be easily carried around. Featuring 268Wh LiFePO4 battery and 9 versatile outlets (a wireless charging pad on the top is a nice perk), EB3A is small all-sided for camping, RV trips and other on-the-go activities.

When you are out in the wild and have no access to wall outlets, solar panels are a necessity to generate endless power wherever sunlight is available. Take EB3A+PV120/PV200 combo to certainly enjoy a $60 discount at least.

The AC200P and AC200MAX are all-rounders. They can quickly power your house in the event of a power outage and keep you powered up when you are in the middle of nowhere. 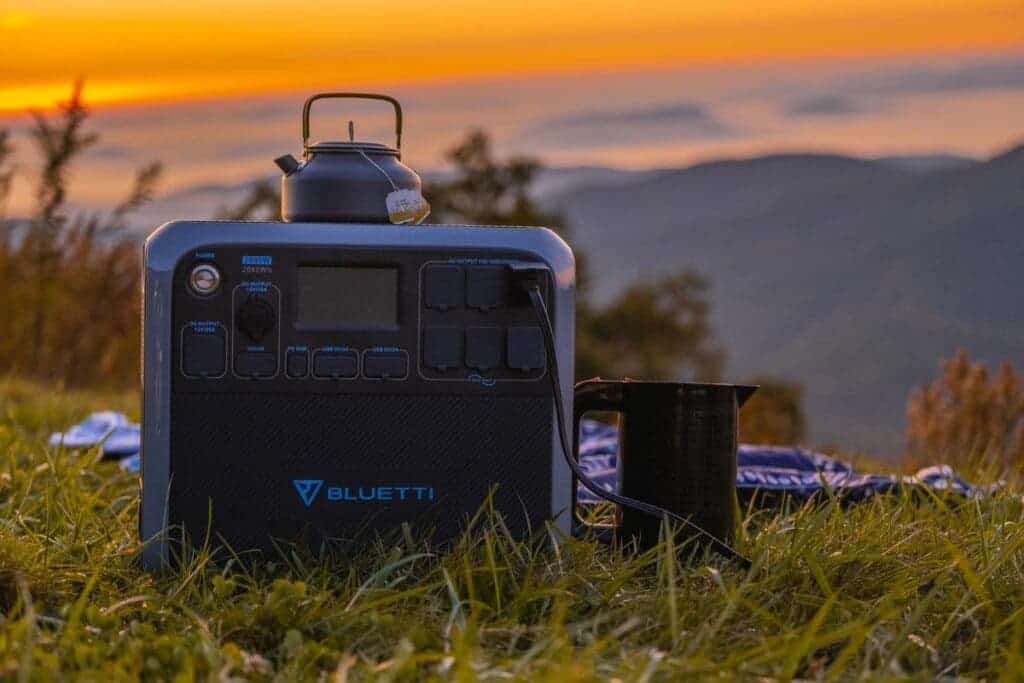 The AC200P is embedded with a 2000W inverter and a 2000Wh LiFePO4 battery. These parts prop up its long lifespan (10 years at a circle per day) and excellent performance. And 17 versatile outlets assure, that every device can be juiced up timely. What worth noting is that the AC200P’s capacity is expandable. Connecting to the B230 or B300, the capacity of AC200P will reach 4048Wh and 5072Wh. Get the combos with $399 or $499 off from the retail price. 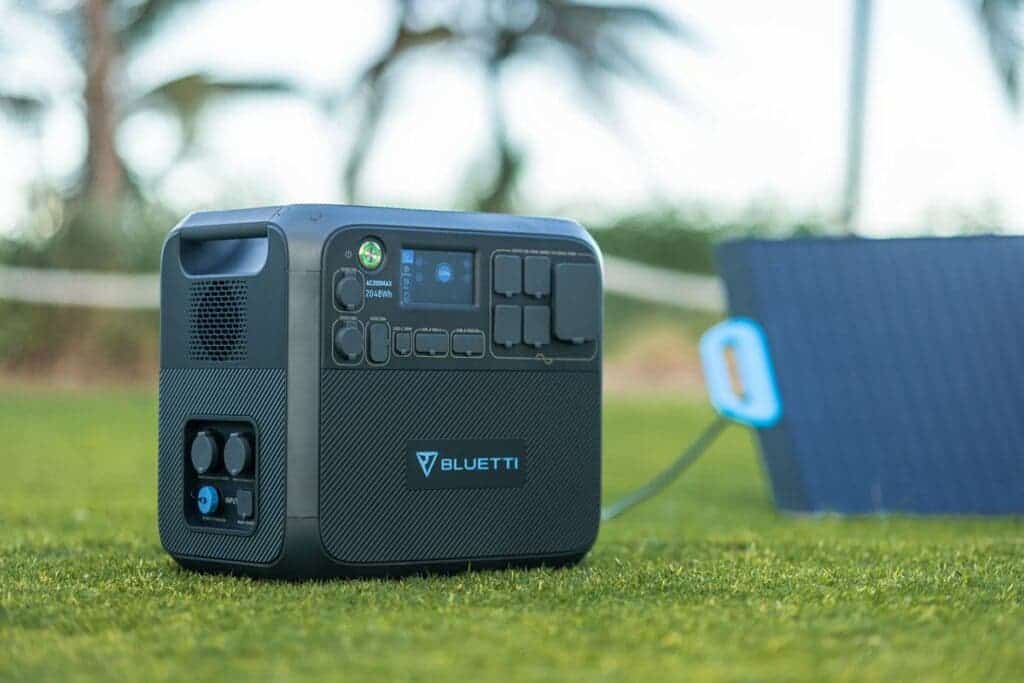 As an upgrade over the AC200P, the AC200MAX comes with a 2048Wh LiFePO4 battery pack and a 2200W pure sine wave inverter. Like its predecessor, AC200MAX can expand its capacity with two B230 or B300 to max 6144Wh and 8192Wh. With16 outlets, AC200MAX can run multiple devices simultaneously without breaking a sweat.

To recharge, the AC200MAX is capable of accepting up to 900W solar input and 500WAC input at the same time. And you can get full replenishment in between 2-2.5 hours. 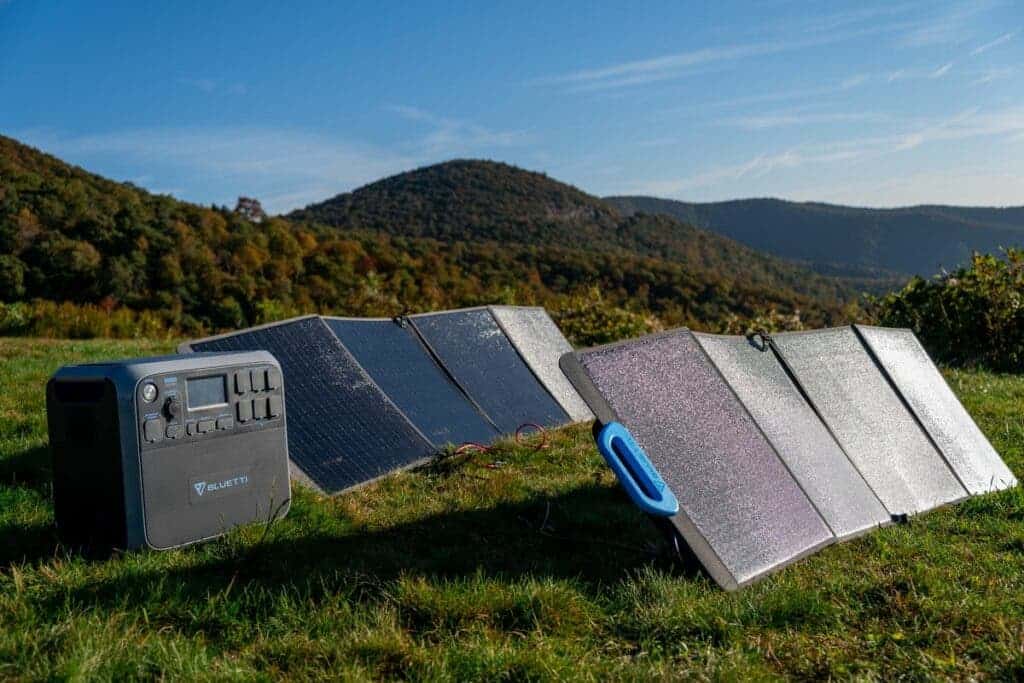 If you have one or more power stations from BLUETTI and simply wish to beef up your system for power independence, here are batteries and combos to give you a leg up.

With safe and durable LFP cells as the core, B230 and B300 hold 2048Wh and 3072Wh power storage respectively and remain 80% of the capacity after 3,500 life cycles. They not only boost the capacity of some BLUETTI’s generators, but also charge your devices directly with their three DC outputs (a 100W USB-C, a 12V/10A car output and a USB-A port).

BLUETTI’s panels are made from monocrystalline cells that enjoy up to 23.4% efficiency. Surfaced with ETFE material and equipped with IP65 junction box, they are designed to withstand any scratches and water-splash. The fold-and-go design makes them easy to store or transport. In particular, PV350 is the latest innovation, boasting of 350W solar output.

Read Also:  Save on UGREEN charging accessories with their latest discounts

Those who want to live a greener life can consider the following combos:

Aside from special deals for B230 and Battery&Solar panels combos, a DC Charging Enhancer (D050S) will be free to enable additional charging methods and increase the PV input rate. 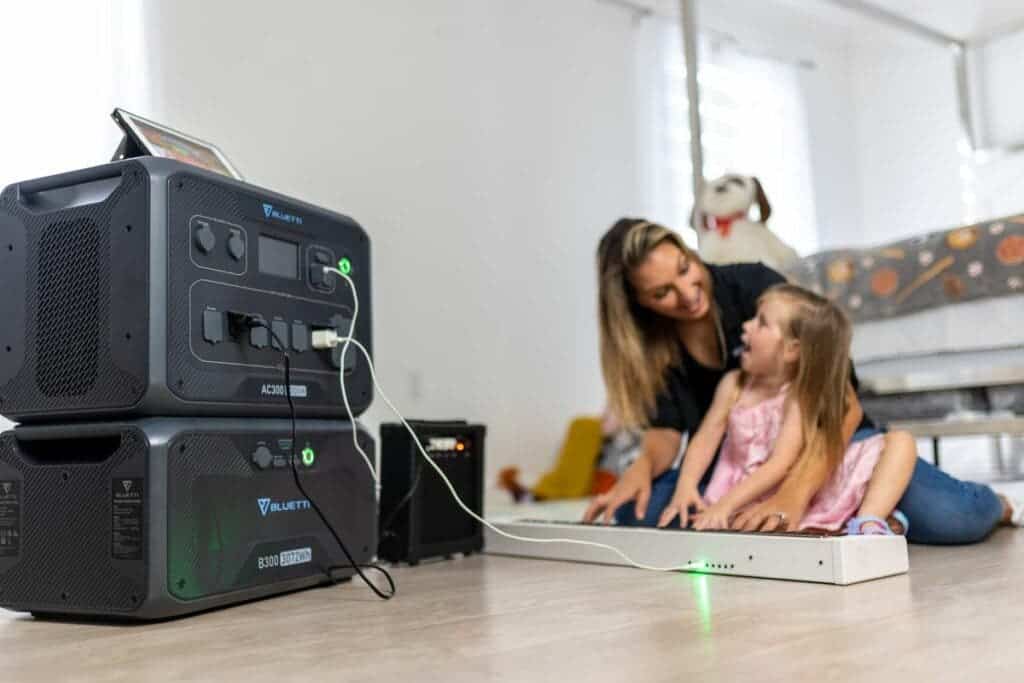 As BLUETTI’s first 100% modular model, AC300 features a 3000W AC pure sine wave inverter with 16 outlets. While its accompanying battery B300 holds up 3072Wh power. This classic couple allows you to charge most of your devices, large or small loads, simultaneously. At an original MSRP of $3699, this combo will be on sale for $3399. If you are after a larger capacity, AC300 with two B300 boasting 6144Wh power storage would be satisfying. Snap the combo with a $599 discount. 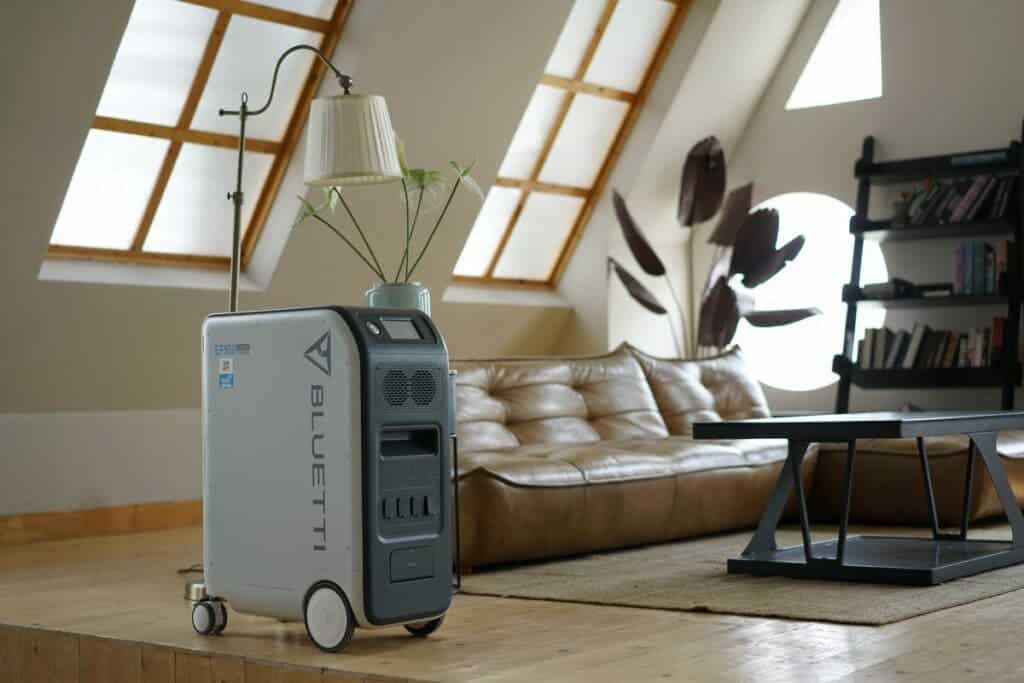 With EP500 you are getting a design for home backup. With a 5100Wh LiFePO4 battery and a 2000W AC inverter, EP500 can take charge of your home during blackouts for days. Essential loads will regain power in the blink of an eye thanks to the EP500’s responsive UPS feature. The relatively larger size doesn’t affect its movability, as there are four ragged wheels at the bottom.

The EP500 is not only a home emergency power source, but also a solution to save on electric bills by harnessing solar power. Coupled with solar panels, the EP500 takes 1200W solar input and stores free power for later use. Get EP500 with three PV350, you can save $500 this time and a lot in the future.

The EP500Pro takes a step further by providing backup power for emergencies. 5100Wh capacity, 3000W AC output power, 2400W solar input, and flexible UPS function are valuable traits that speak for a solid power station. Similar to the structure of the EP500, it is mobile and you can monitor it remotely by BLUETTI APP. What differs them here is that the EP500Pro with three PV350 has a $500 discount.

Remarkably, you can build a split-phase system with two EP500 or two EP500Pro units, making it a breeze to power heavy appliances. In addition to a price drop $499 for two units, you will get $299 fusion box as a freebie as well.

Some of most popular combos with bigger discounts:

Halloween is more than a time of spine-chilling, but a horn of chilly winter. Grab the deals from October 20, 2022 PDT 7:00PM to November 5 PDT 7:00PM. Time waits for no one, so arm yourself with BLUETTI power before the Knight of Darkness attacks you.

With over 10 years of industry experience, BLUETTI has tried to stay true to a sustainable future through green energy storage solutions for both indoor and outdoor use, while delivering an exceptional eco-friendly experience for everyone and the world. BLUETTI is making their presence in 70+ countries felt and is trusted by millions of customers across the globe. For more information, please visit BLUETTI official website.

Ulefone Give Away Phones And Jerseys During FIFA World Cup 2022