With the release of Android 12, Google also unveiled the new Material You graphic design, which is based on the familiar Material Design aesthetic but has been appropriately updated to make it much more modern and scalable.

Google sought to make this process easier by launching the Now app in Android app on the Play Store. Obviously, developers must learn to adopt this new style in their apps. And must follow some rules and principles to have a more uniform look even with other applications.

Do you want to learn how to use the Material You style? Try the Now app on Android 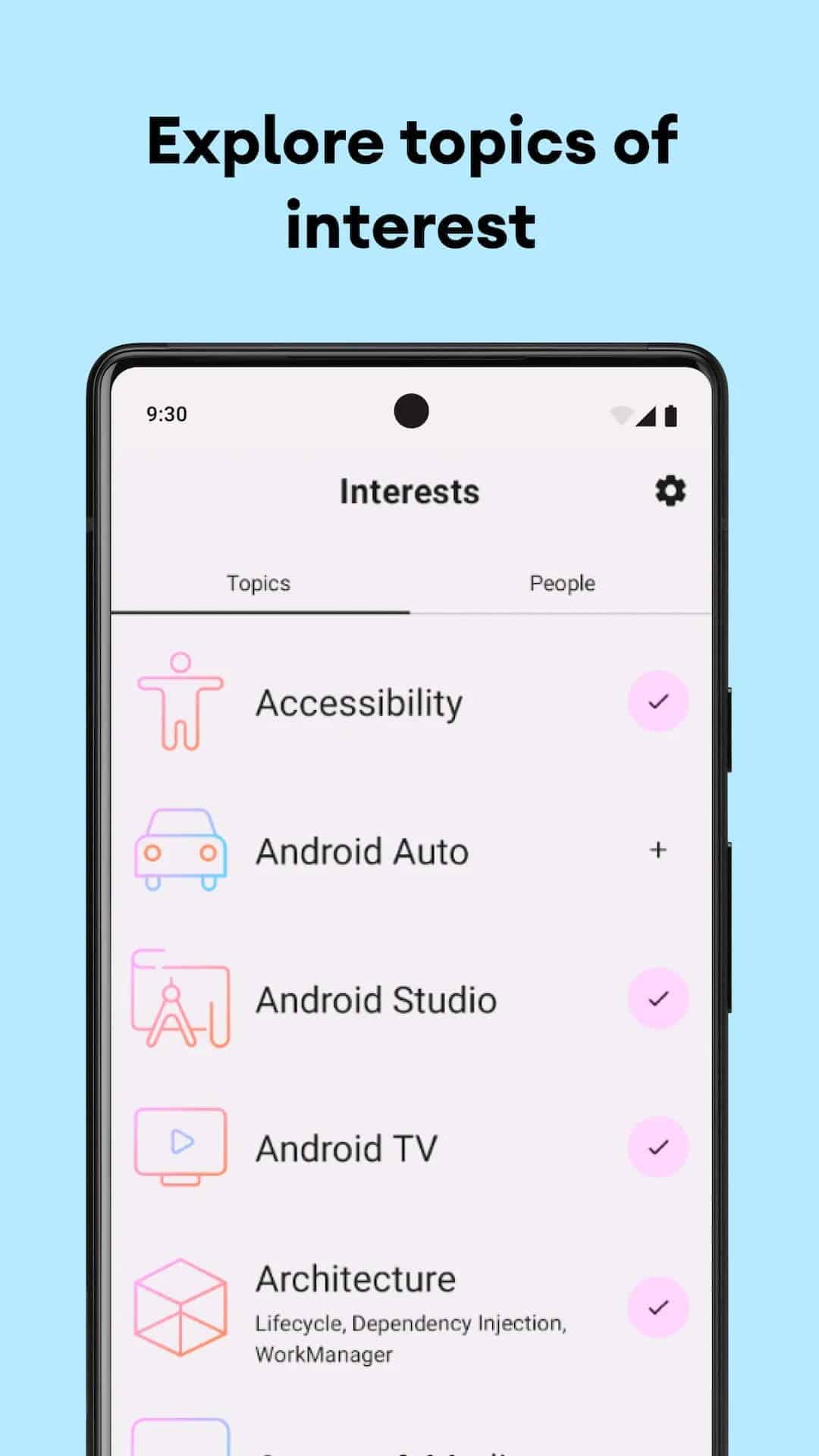 The application is a demo that enables you to see almost all of the features that make up the Material You. Including support for dynamic and dark themes, the arrangement and design of buttons and other UI elements, compatibility for various screen sizes, and much more. But the app doesn’t end there; in addition to displaying the Material You. It also includes videos and guides that can help you completely understand this graphic design.

Inside Now in Android app, users can really view a ton of videos and read tips from developers and designers that worked on the creation of the Material You style. Users can also choose their favorite topics to stay up to date about any news. 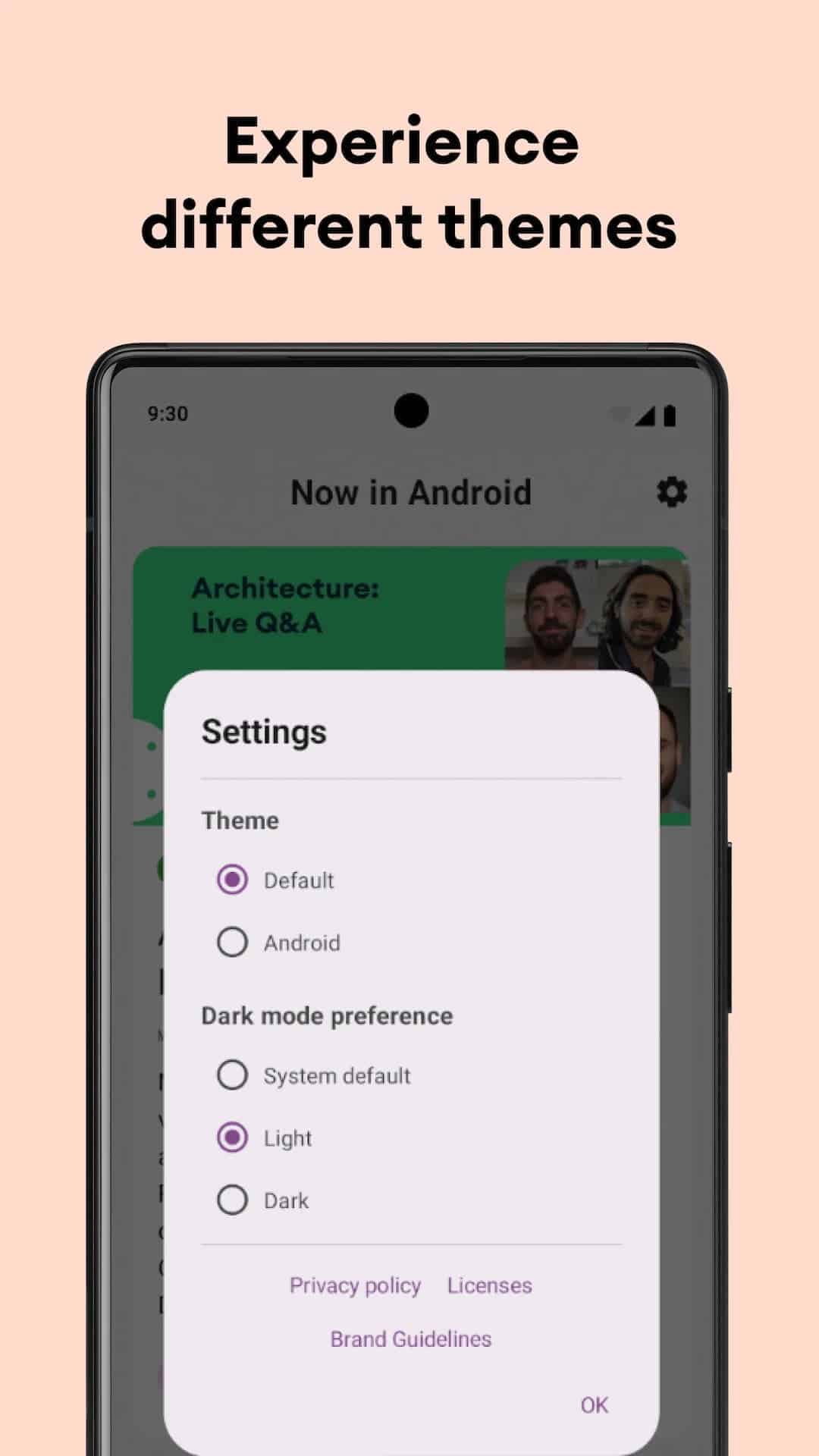 So, the app in question was created entirely with Kotlin and Jetpack Compose. And adheres to the most recent architecture and modularization standards. “The practice of breaking the concept of a monolithic one-module code base into multiple independent modules and freely coupled”.

Kotlin, a programming language that has long since taken the place of Java in the creation of Android apps, and Jetpack Compose. It’s a kind of framework that enables you to “design” the graphical user interfaces of apps. They are now used exclusively in Android development. By clicking the button below, you can now download the app for Android from the Play Store. And the source code is fully accessible on Github. 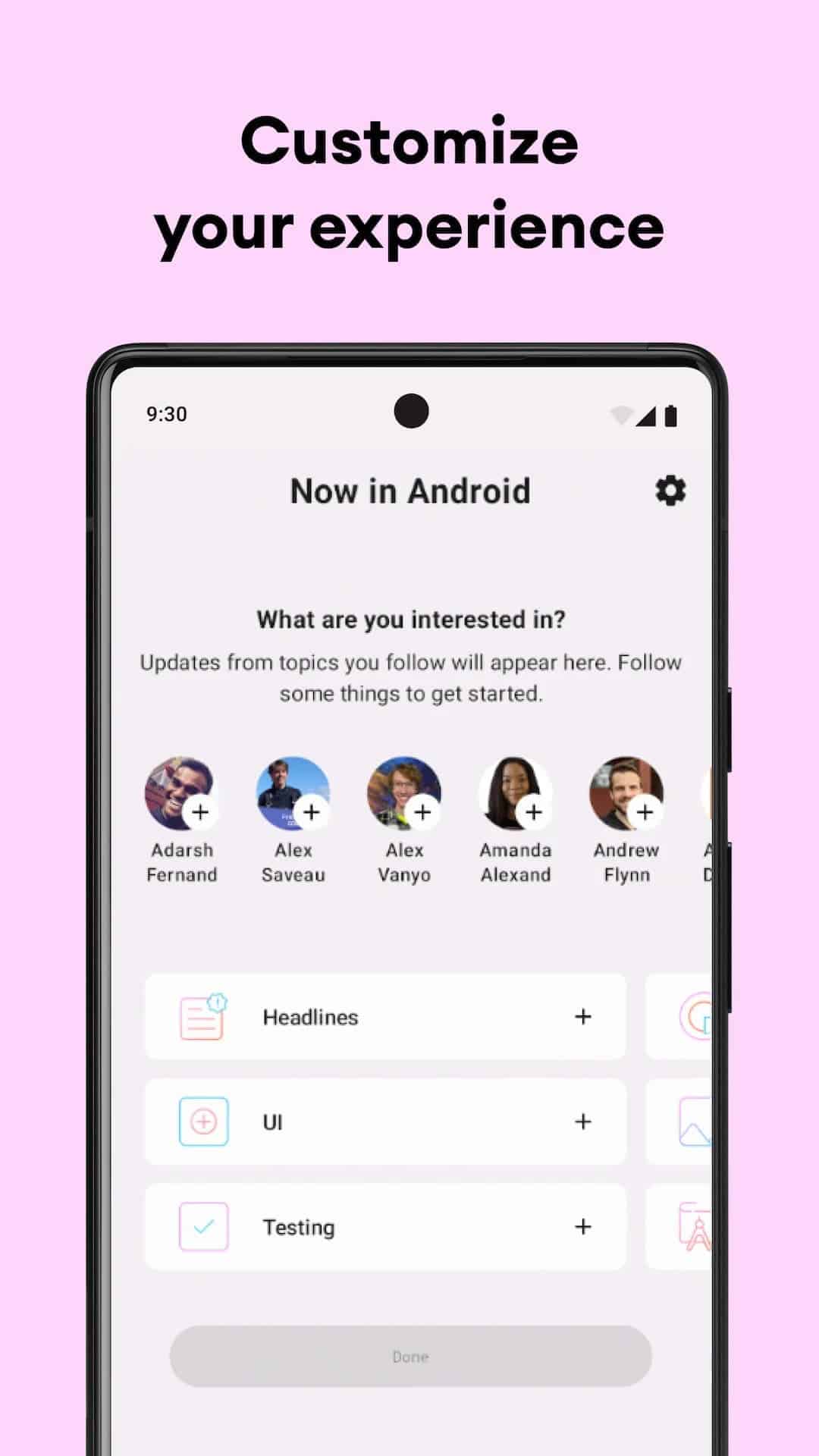