China does not have any issues with U.S. technologies or devices. This is why the iPhone remains one of the best-selling smartphones in China. The U.S. on the other hand can not stand the presence of Chinese technologies. Huawei was becoming too strong in the U.S., it had to suppress the company claiming “national security”. Other Chinese brands in the U.S. has a limit to which they can do business. Thus, the report that Chinese electric cars are set to invade the U.S. market got instant responses. There were reports that Tesla will export Chinese electric cars (Made in China) to the United States. According to Reuters, this report is coming from two different sources.

Read Also: Tesla is set to flood the U.S. with Chinese engineers Tesla has at least four electric car factories in the U.S. It has in Fremont, California, Nevada, New York and Austin, Texas. Thus, many find the report strange. However, electric car production in the U.S. is well more expensive than in China. This move reflects Tesla’s deepening cost advantage at its Shanghai factory. Also, there is slow demand from Chinese consumers. Thus, the Shanghai factory products need to ship out.

In a short but instant response to this report, Elon Musk took to his popular response weapon, Twitter. He simply responded with an “error” in a Twitter post. However, he did not elaborate or give any details. At the moment, there is no official response from Tesla regarding the report.

Tesla’s Shanghai Gigafactory was upgraded earlier this year. The factory can now produce 1.1 million electric vehicles a year. This makes Shanghai Tesla’s most productive factory. The Shanghai plant produces the Model 3 and Model Y. These models sell in China and it also exports them to Europe, Australia and Southeast Asia. 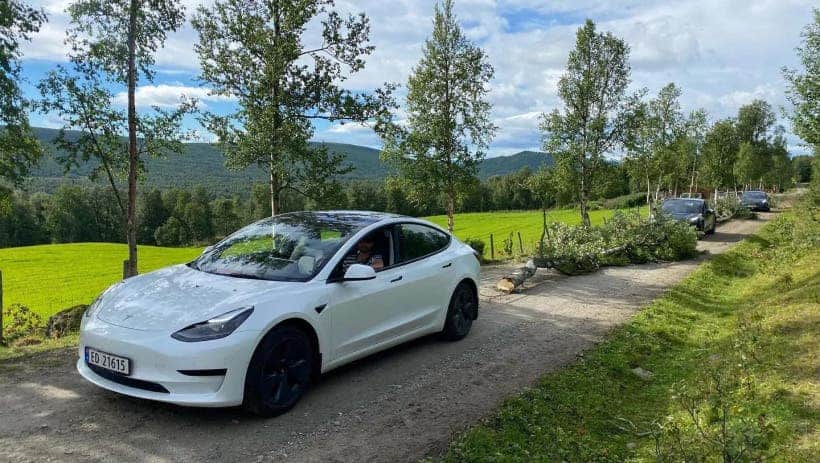 Tesla has been building the cars it sells in the U.S. in North America. It does this at its factories in Fremont, California and Austin, Texas. The California plant is Tesla’s first. It produces the Model S, Model 3, Model X and Model Y. The Texas factory opened earlier this year. This factory builds the Model Y and will build Tesla’s upcoming Cybertruck.

Next TikTok plans to launch voice shopping in the United States