In case you missed it, the Dyson Zone was officially unveiled earlier this year. The company gave a complete insight into the specifications of the air-purifying ANC headphones. And this announcement stirred up a lot of controversial conversations.

The first thing that makes it stand out is its looks and functions. It does not look or function like any other headphone on the market. Yes, one of its functions is to work like an ANC headphone. But it also has a secondary function. It comes with a detachable visor, which is supposed to make you breathe clean air.

Well, now, Dyson has officially announced a release date. The company’s first-ever wearable purifier and advanced noise-canceling headphones are set to launch in March 2023. And here’s all that you need to know regarding the futuristic headphone.

Let’s first talk a little about their specifications. According to Dyson, the Zone is a product of five years worth of research. Dyson has basically combined two unique products from the market into one. And it is the company’s first foray into audio and wearable tech. 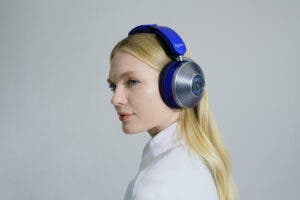 From the earlier announcement, we came to know that the Dyson Zone will boast 11 different in-built microphones. 8 of those 11 microphones will monitor the exterior noise at a reported rate of up to 384 thousand times in one second. In simpler words, 8 of 11 microphones are solely for noise cancellation.

But Active Noise Cancellation (ANC) is not the only thing that makes the Dyson Zone a good pair of headphones. It also comes with great drivers. According to Dyson, the Zone can offer a full spectrum of audio. It is said to be capable of reproducing frequencies from 6 Hz to 21 kHz.

Furthermore, the Dyson Zone boasts dual microphones to ensure excellent call quality. The microphones promise to capture voice with full clarity and with a minimal level of noise input. That means you can easily have a proper conversation with this pair of headphones.

So, the Dyson Zone is not all about audio. It also bundles with a detachable visor. Dyson says that the visor is capable of removing pollutants that are as small as 0.1 microns. This visor is basically Dyson’s way of showcasing decades-long expertise in airflow through wearable tech. 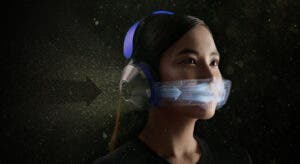 What The Detachable Visor is All About

According to a report from WHO (World Health Organization), an estimated 99 percent of the world’s population lives in cities with high air pollution. The report stated that the pollution level is far beyond safe levels. And a portable purifying solution, such as the Dyson Zone, can be a game changer in this regard. 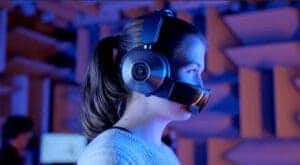 The Issues with The Dyson Zone

Dyson started to work on the product years before the Covid-19 pandemic. This wearable tech does indeed aim to clear out most of the pollutants from the air. But Dyson cautions that it is not intended to protect you from the virus. Why not?

The thing is, the face visor of the Zone does not touch your skin. That means you might not be breathing the cleanest possible air. Some of the polluted cross-wind can still end up in the air you breathe.

But that is not even the primary concern. The ANC air-purifying headset drew a lot of concerns when it was first announced. One of the most significant critic warnings was that the headphone could actually spread Covid-19. How so? It is “because it uses high-powered fans directed at the wearer’s nose & mouth which project exhaled aerosols outward.”

In a viral Twitter thread, Noami Wu, a tech influencer, called the Zone to be a “significant danger to public health.” According to the influencer, the Zone can be a thing of concern if it’s worn indoors around people who are not wearing a sealed mask.

The brand has gone on record downplaying these controversial concerns. Dyson says that the purified airflow of the Zone is directed to the face of the wearer. And it is too gentle to protect germs from the mouth outward. The company also states that the purified air mixes with exhaled air. That will reduce overall germ concentration. 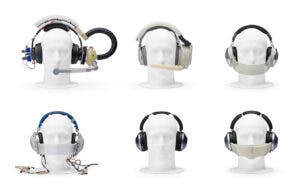 Nonetheless, there are still many things to explore about the Dyson Zone. And more info regarding its capabilities and drawbacks will surely come to light when the purification performance is put to some real-world tests.